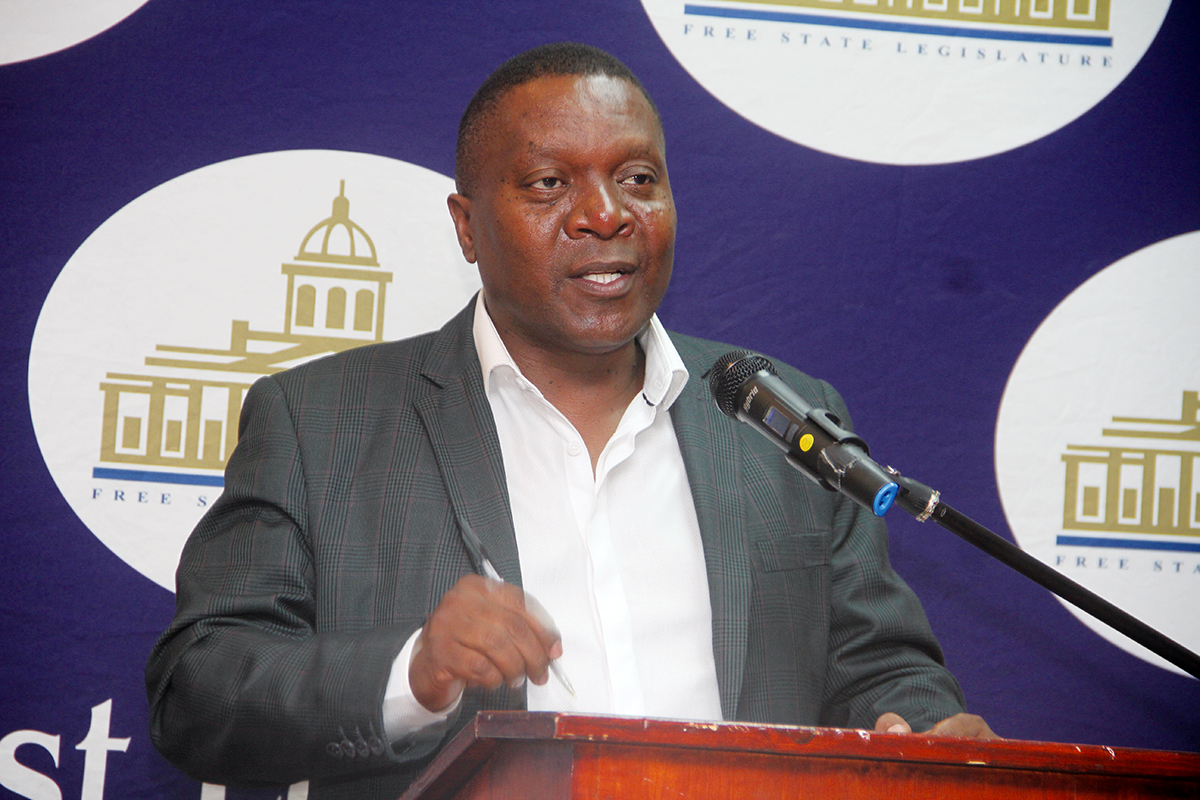 The Deputy Speaker of the Free State Legislature, Sizwe Mbalo, says he wants young people from across the province to attend next week’s State of the Province Address (SOPA) so that they understand the work of the provincial government and the various programmes aimed at improving people’s lives.

Mbalo said the youths are the leaders of tomorrow and it is important for them to know how government works and how they can also benefit from its programmes as this will be outlined by Premier Sisi Ntombela when she delivers her speech.

The Deputy Speaker said this in an interview with The Weekly yesterday after a media briefing on preparations for the SOPA set for Tuesday, February 19, at the Vista Arena, Bloemfontein at 10am.

“Generally, we want everybody to attend but our main focus is on young people,” noted Mbalo.

“I think those are the ones that we would like to talk to because they expect a lot from government. Therefore, I think their attendance will be highly appreciated,” he added.

The delivery of the SOPA also marks the official opening of the final session of the fifth term of the Free State Provincial Legislature.

Mbalo emphasised that no one will be denied access to the venue but he urged those attending the event to behave in an orderly manner and cooperate with the security details as they will be deployed to maintain order.

He said it’s important for people to attend the event in their numbers because this year is unique in that two SOPAs will be presented as there will be a change of administration following the May 8 national and provincial elections.

“There are two aspects; first, the Premier will be reporting on the progress that has been made over the past five years as well as the challenges faced by the provincial government. She will also be outlining to a certain extent, the budget and what she hopes to achieve at the end of the day, even though we know that the term of this particular administration will actually come to an end on the 8th of May. But constitutionally, she must announce what she wants in terms of the budget as well as the service of service delivery.

Mbalo also allayed any disruptions due to load-shedding saying they had secured standby generators which would immediately kick-in the event of a power outage at the venue.

Also according to the deputy speaker, there will be adequate security to deal with any form of disturbances, to ensure no security risk is posed to those attending the event.

The Premier’s speech is expected to build on the State of the Nation Address delivered by President Cyril Ramaphosa in Parliament last week and has been widely welcomed by business, civil society and several international organisations.