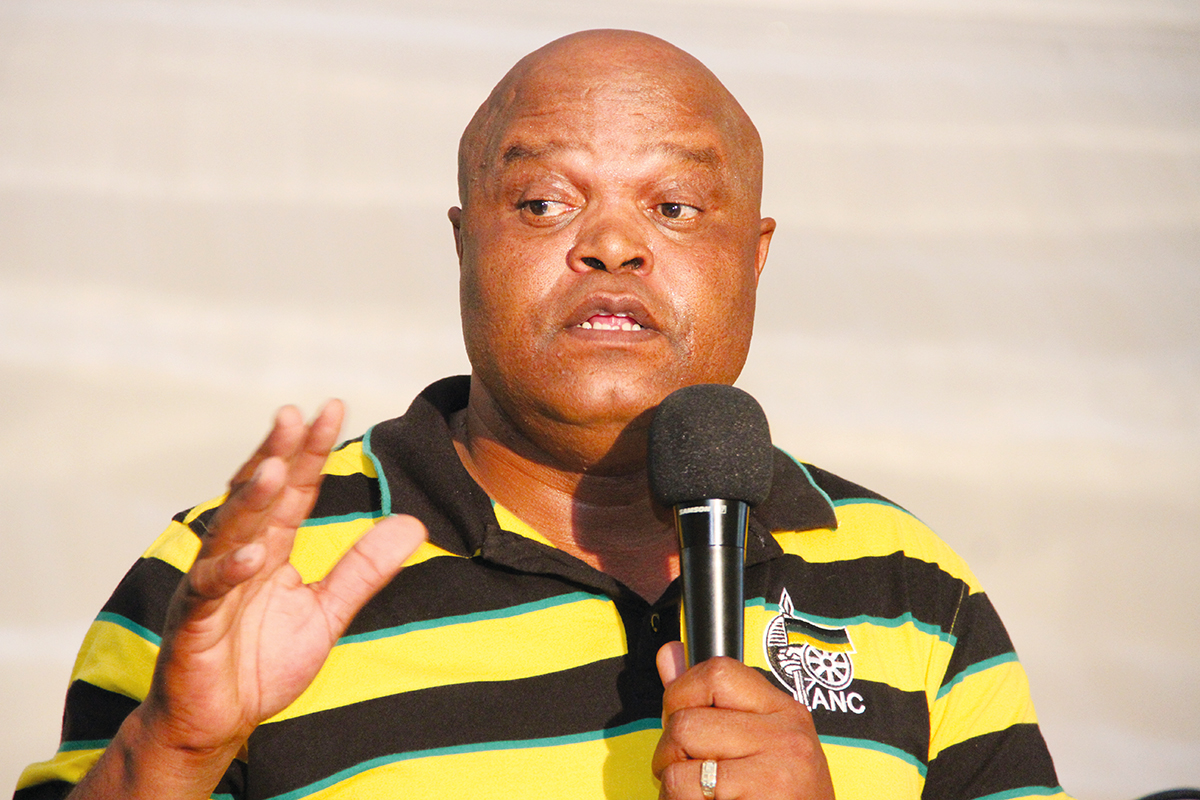 The ANC in the Free State has moved its election campaign a gear up, with provincial chairperson Sam Mashishini leading ongoing efforts to engage all stakeholders as the party drums up support to ensure a decisive win in general elections set for May.

The campaign has seen Mashishini mingling with various groups including the ordinary man in the street and Christians alike as he sells the ruling party’s election manifesto.

Just last week Mashinini went down to Mangaung’s sprawling informal settlement of Calebo Motshabi where he was flanked by party leaders in the area to listen to the plight of residents under the Thuma Mina campaign, launched by President Cyril Ramaphosa last year.

Calebo Motshabi is one of the many informal settlements that had sprung up in the country and later on turned into formal residential areas by the ANC led government.

Mashinini described his visit to the area as part of the traditions of the ruling ANC to interact with its constituencies from time to time.

“Today I visited the community of Caleb Motshabi, ward 10 and 12 in Mangaung, as part of the ANC tradition of interaction with, and listening to, the people,” said the provincial party boss.

He was accompanied by local ANC leaders including branch secretary Left Cobo, executive member Heila Abrahams as well as scores of volunteers wishing to lend a helping hand in wooing voters.

Mashinini said the ruling party was committed to continuing its efforts to improve the lives of the people, especially the most disadvantaged.

“The ANC has, in the short term, committed to fix the roof of a house belonging to one community member, and materials will arrive tomorrow to start work. We have also agreed to assist a bereaved family with essentials as they prepare for a funeral,” he noted.

This visit was preceded by an invite to the Methodist Church of South Africa stationed in Thabong, Welkom, where Mashinini unpacked the long standing history between the ANC and the church.

He said the ANC would not be celebrating 107 years of existence as a political formation if it were not because of the support it has been getting from the church over the years.

“The African National Congress is today a giant organisation, which is respected all over the world. But we, members of the ANC, know very well that the ANC is a giant not because of its own strength, but because of its relationship with the church.”

Mashinini added: “The ANC was born and bred right in the belly of the church. Our glorious movement turns 107 years old this year. It would not have survived all these years without the role played by the church.”

He recalled that day in history back in 1912 when the clergy, chiefs and professionals from all walks of life met in Waaihoek in Bloemfontein to give birth to the ANC. This makes the organisation to not only appreciate the church as an important part of its existence, but also the role it played during the birth of the party.

“We understand that the church continues to play a significant role in our communities. It continues to be a place where our people get spiritual, emotional, and psychological healing.”

The ANC knows that for any society to thrive it needs to be healthy in mind, body, heart and spirit, said Mashinini, who is also police and transport MEC.

“Such a society is conducive for development, progress and growth. We therefore view the church not only as a place of prayer, but also as a place of moral regeneration, social transformation and healing. The ANC shall continue to recognise the important role played by the church in our society,” he added.

The party would also continue working with faith-based organisations like the Methodist Church to realise the objectives of a free, democratic, non-racial, non-sexist, peaceful and prosperous South Africa.

It was not by accident that the ANC was established in the premises of the Methodist Church, Mashinini said, adding that because of its vocal leaders in rejecting apartheid, administrators declared the church illegal.

“Many of the leaders of the Methodist Church were banned and some were arrested for their involvement in the struggle for peace, democracy and freedom,” he noted. Former ANC presidents ZR Mahabane and President Dr Nelson Mandela were some of them.

Mashinini said the church can still assist in fighting today’s social ills such as gender based violence, gangsterism, HIV and Aids, abuse of children and women, as well as drug and substance abuse.

“We are convinced that, working together with the churches, we will resolve these challenges. We also call on the churches to continue to criticise and guide us. This is because we understand that the church must play a central role in social transformation, and in the betterment of society,” he also noted.