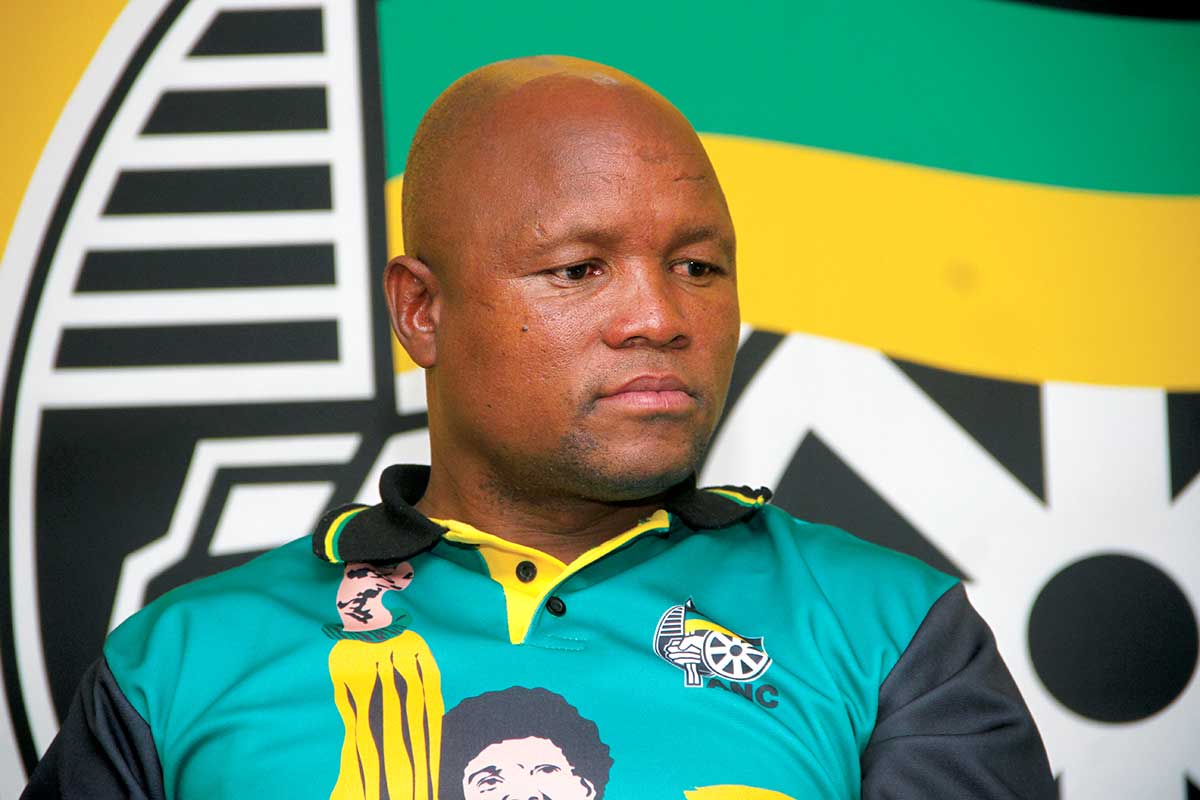 Thousands of ANC supporters are expected to descend on Dr Rantlai Molemela Stadium in Bloemfontein tomorrow (Sat), where the party’s national chairman Gwede Mantashe is set to unveil the movement’s provincial election manifesto.

ANC Free State provincial secretary Paseka Nompondo said yesterday the launch will afford the ruling party an opportunity to connect with the people and outline its achievements over the years,

Nompondo told a media briefing that the event will also enable the ANC to summarise its plans for the next five years, adding at least 80 percent of the attendees are expected to come from the Mangaung region and 20 percent from the other regions.

ANC Free State provincial chairperson Sam Mashinini is also expected to address the launch, expected to be attended by party heavyweights including secretary general Ace Magashule, the former premier of the province.

Mantashe’s visit is part of ANC leadership’s countrywide tour to drum up support for the ruling party as it intensifies its campaign for the much-anticipated general elections set for May.

“The party invites all members of society and confidently assures them that all logistics pertaining to the successful host of such an event have been met, including crowd management and overflow facilities,” Nompondo said.

The event will also include a cake cutting ceremony to mark the ANC’s 107 years anniversary.

Nompondo explained the 2019 ANC manifesto was launched against the progress and challenges encountered in the implementation of the party’s 2014 campaign.

He noted tomorrow’s launch will also afford the ANC an opportunity to follow up on their commitments and evaluate the impact they made on the lives of the people in the province.

In the build up to the launch, the ANC highlighted that it conducted an intense selection process for prospective public representatives to be deployed at the provincial legislature as well as the national parliament.

The outcome provided a list of capable cadres that carried the mandate of the ANC and Nompondo said their manifesto confirms beyond any doubt that it is a product of rigours engagements and public consultations across the province.

This goes a long way in reaffirming the ANC as the people’s movement centred around their needs, he noted.

“In our 2014 election manifesto we set our programmes and strategies that will help free our people from economic and social legacy of apartheid, and over the last years we have worked together with the people to fight against the triple challenges of poverty, unemployment and inequality,” added Nompondo.

“Despite the negative financial situation in the country and sluggish growth of the national economy, more of our people are being lifted out of extreme poverty. We have expanded social grants, housing, and basic services to our people and ensured massive investment in education”.

The provincial secretary also said the ANC was proud that it had not betrayed their mandate to improve the lives of the people across the country.

“There are still challenges here and there. There have been errors in the process but the ANC in the Free State province has delivered to the people,” he pointed out.

The ANC has already unveiled its election manifesto in Durban, KwaZulu Natal where President Cyril Ramaphosa emphasised the importance of unity in the organisation.

The Free State has been delivering massive votes for the ANC since the advent of democracy in 1994 including in local municipalities where the party has continued its dominance and influence over the years.

Following the delivery of the January 8 statement, Mashinini has called on all ANC members in the Free State to join in door to door campaigns to sell the party manifesto to the electorate.

Delivering the 25th State of the Nation address on Thursday last week, Ramaphosa said as South Africa was emerging from a period of uncertainty and a loss of confidence and trust, the government has resolved to break with “all that divides us, to embrace all that unites us”.

“In our magnificent diversity, and despite our many differences, the people of this country answered the call of Thuma Mina. In their multitudes, South Africans asked not what can be done for them, but what they could do for their country. In ways both large and small, both public and private, South Africans set about building a better nation,” he noted.

He added the government has also focused its efforts on reigniting growth and creating jobs. “We have worked together – as government, labour, business, civil society and communities – to remove the constraints to inclusive growth and to pursue far greater levels of investment.”

Tripartite alliance members; the SA Communist Party, the SA National Civics Association as well youth and students formations aligned to the ANC including the Congress of South African Students (Cosas), the ANC youth league, the Young Communist League and the South African Students Congress (Sasco) are all billed to attend the provincial launch of the eagerly awaited manifesto.