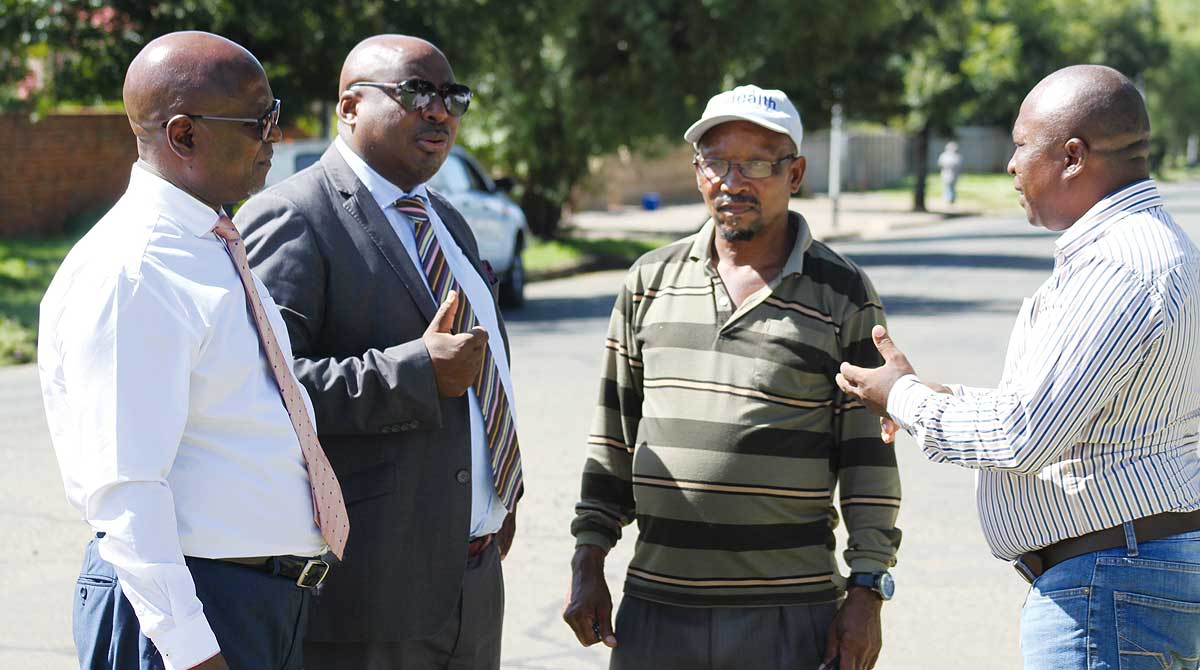 The arduous task of fixing the financially crippled Mangaung metro – which has been aptly described as a journey of a thousand miles – began in earnest this week when new administrators took charge of the municipality.

The newly appointed administrator, Advocate Mzwakhe Mofokeng, has hit the ground running in a swift and concerted effort to improve service delivery and stabilise the municipality’s ailing coffers.

The Free State born Mofokeng is quick to acknowledge that his job is well cut.

In an interview with The Free State Weekly yesterday, Mofokeng indicated that his two-pronged mandate is to improve the crumbling financial standing of the metro as well as roll out stagnated service delivery to the residents, and nothing else.

Having assumed office only on Monday, Mofokeng has been seized with assembling the necessary tools of trade to enable municipal workers to get the ball rolling.

Within three days of assuming office, he managed to secure the release of five vehicles belonging to Mangaung metro which were impounded by the Free State provincial government due to non-payment.

The hands-on Mofokeng, accompanied by Mkhaza, yesterday took time to interact with workers on the ground and to find out challenges in their line of work.

His first stop was Wilcock Road and surrounding areas where long grass is now being cut down to ensure clear visibility for motorists and other road users.

During this oversight visit Mofokeng discovered that fuel for hand-controlled grass mowers had run out and promised the supervisor on site that this would be attended to soon.

“Mangaung can’t be business as usual. This is the time where all workers must earn their pay, even myself. I will wear an overall and join workers to gain first-hand experience of what is going on,” pledged Mofokeng.

He noted during the tenure of office of his team no idleness or laziness would be tolerated.

He warned hangers-on that systems will soon be in place to measure the performance of every employee of the metro, adding those not willing to pull their weight will be dealt with.

The stern-talking Mofokeng said he is well aware that the public’s patience waiting for services has run out.

However, he noted, the administrators would need both space and time to implement the turnaround strategy for the metro.

“Our people want services now. They’re impatiently waiting and I share in their impatience as I also can’t wait to give them what rightfully belongs to them.”

The ‘new sheriff in town’ said residents of the Mangaung can render great help to the administrators by paying for services.

His team will soon be joined by government officials specialising in finance, accounting and systems operations to ensure improved financial cash flow.

After six months, the administrators will present a report for evaluation by the Free State provincial government.

“This is the report that will tell if we are making headway with our interventions, even though we will be in Mangaung for the whole year,” said Mofokeng.

His team comes into office after Mangaung got downgraded twice to junk status by rating agency Moody’s.

The administrators also come on board following a damning report by the office of the Auditor General of South Africa, Jimmy Makwetu, which painted a bleak picture on the growth and financial viability prospects of the metro.

In his report Makwetu lambasted the municipality for among others, failing to honour its financial obligations to service providers, third parties and creditors.

Following the placing of the metro under provincial curatorship in December, Mofokeng and co were appointed and tasked with tackling the myriad challenges facing by the metro.

His counterpart, Mkhaza, said fixing the metro is a journey of a thousand miles which began with one step this week when administrators took charge.

Mkhaza said services such as refuse removal, sewer-spillages, storm water drainages, electricity and water supply, cutting grass and trees should be revived as a matter of urgency.

“After services resume the main task will be for municipal workers to keep maintenance abreast so that we don’t trod at the same spot. We are not playing to the gallery when reviving these services as it is the right thing to do,” he vowed.

He echoed Mofokeng’s plea that residents and businesses should pay for services as this will help improve the municipality’s financial muscle.

Mkhaza said the terms of reference for the administrators are such that every financial transaction has to be approved by Mofokeng. This, he said, will assist the administrators in determining the pattern of expenses and determine areas where money is being wasted.

“It’s a journey of a million miles, one step at a time but we are sure to get there. The important thing is that the first step has been taken,” he added.