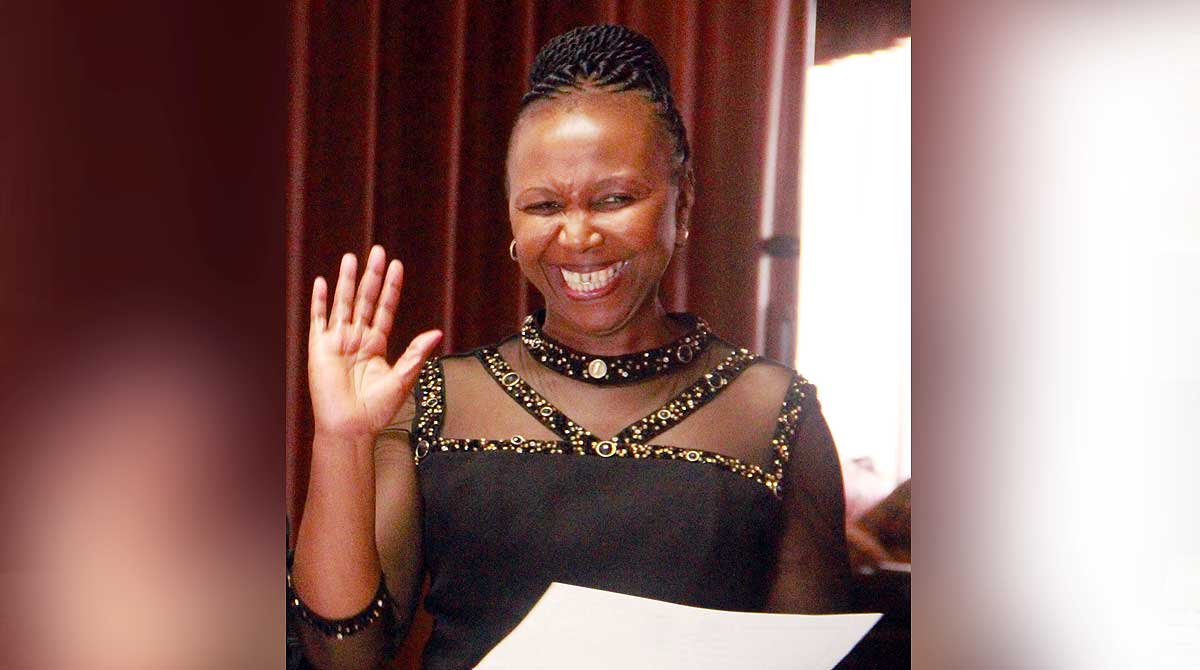 MEC for Human Settlement Tshidi Koloi is adamant that her department will live to its core mandate of creating sustainable dwellings for the Free State citizens.

Presenting her mid-year budget vote speech on Wednesday afternoon, Koloi recalled in the previous financial year her office committed to a number of priorities linked to the Annual Performance Plan (APP), including the upgrade of informal settlements and land acquisition for residential purposes.

The department also pledged to provide housing units through various programmes and to issue title deeds and security of tenure to citizens as part of the provincial government’s goal of land ownership.

“We also committed to contributing towards the country’s goal of empowerment of youth, women and previously marginalised individuals, as well as job creation through the human settlements value chain,” noted the MEC.

However working towards these priorities last year did not come without challenges, key among them a dwindling budget against growing costs.

Koloi said the late resumption of construction work, a number of labour disputes, as well as contractors whose agreements had to be terminated due to non-performance, were some of the issues her office had to grapple with.

These challenges had a major impact on the progress and rate of completion of housing units under construction across the province.

“These challenges, undeniably had, and still have, a sizeable impact on our progress and rate of providing homes. As a result, the department completed 2 645 housing units across all programmes against our target of 4 785 units,” she announced.

The remainder of the target is work in progress at different levels of construction.

The provincial department of human settlement is also empowering local contractors through various development programmes with the aim of achieving the level of proficiency befitting the province’s service delivery requirements.

Koloi said some of the projects being undertaken by the department were multi-year, adding this led to staggered achievements which in some instances are not visible.

She cited the underground infrastructure installed in preparation for construction of housing units. “We can assure you, Madam Speaker, that these challenges are continuously met with determination to turn the tide, and continue to build homes for our communities.”

The MEC further said her department is committed to changing the landscape of many towns and townships, to one the communities can be proud of.

“Over the years, we have made our people proud owners of their homes and gave them security of tenure, a certainty of ownership,” she recounted.

Among the achievements of her department, Koloi singled out the Hillside-view project which was launched by President Cyril Ramaphosa and Minister Lindiwe Sisulu, together with Premier Sisi Ntombela in October 2019.

The particular project was selected as one of the best exhibited at the Tenth World Urban Forum (WUF10) conference in Dubai early in the year.

The World Urban Forum is a body of the United Nations’ Habitat to address one of the most pressing issues facing the world today such as rapid urbanisation and its impact on communities, cities, economies, climate change and policies addressing the challenges of sustainable urbanisation.

“This project made our President proud of our human settlements development work which sought to address other sustainability issues such as water conservation and energy optimisation,” she noted.

“The department over-achieved its goals on the provision of key services such as connection of 6 371 new sites to basic water and sanitation, where we had planned to connect 5 617. The overall achievement of our department is in our ability to provide one of, if not the most critical assets, a home and a foundation to building a nation,” said the MEC.