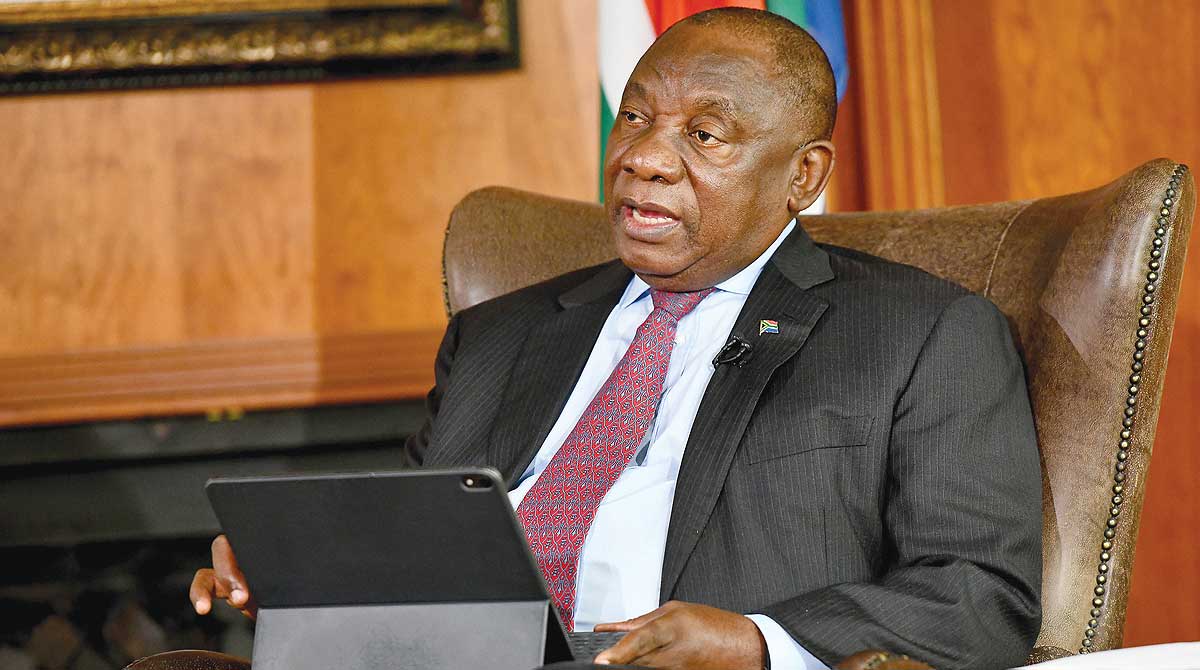 The ruling ANC has resolved at its two-day lekgotla that it needs to search for an appropriate response to the problem of politically exposed persons doing business with the state, President Cyril Ramaphosa has said on Monday.

Ramaphosa said the meeting had reaffirmed the position of the party and the government that employees of the state “should not be conducting business with the government”.

“At the same time further consultations will be held among the alliance partners and in the legislatures across the political spectrum to find the most appropriate approach to the issue of other politically exposed persons conducting business with the state,” he noted.

The President was speaking in televised address at the close of the lekgotla, in an echo of his address to a media briefing at the end of the ANC’s National Executive Committee meeting last month where the party contended with the scandal on tender corruption linked to the Covid-19 pandemic.

In reference to a slew of arrests of officials arrested in the past week, he said the meeting had commended “the work that is being done by law enforcement agencies at the moment is commendable and we reaffirm that they must leave no stone unturned to deal with fraud and corruption”.

The focus of the lekgotla had been the economic recovery and reconstruction measures needed to lift South Africa, as Ramaphosa put it, “out of this hole that Covid-19 has dug us into”.

Ramaphosa described the economic contraction in the second quarter, while the country was under strict nationwide lockdown in response to the pandemic, of 51 percent on an annualised basis as “staggering” and deplored the loss of 2.2 million jobs.

Ramaphosa said the reconstruction plan would be infrastructure-led and would focus on key areas with the potential to prove catalysts for growth, first among them energy security.

The others are public transport, digital infrastructure, human settlements, education, health and water and sanitation. Ramaphosa said it was crucial that the economic recovery plan be implemented to clear time frames.

“Having realised that the many policies, the many plans that we have got need to be underpinned by an urgent need to implement what we are planning,” he indicated.

It was imperative that South Africa brought spiralling debt under control and stabilised public finances, but also created an environment that inspired investor confidence.

“The budget deficit must be reduced, borrowing costs must be managed and there must be pro-growth reforms.”

Ramaphosa indicated that the lekgotla had endorsed the district model, slammed by critics as blunt centralisation of power, as a vehicle to driving recovery plans in an integrated manner across all three spheres of government.