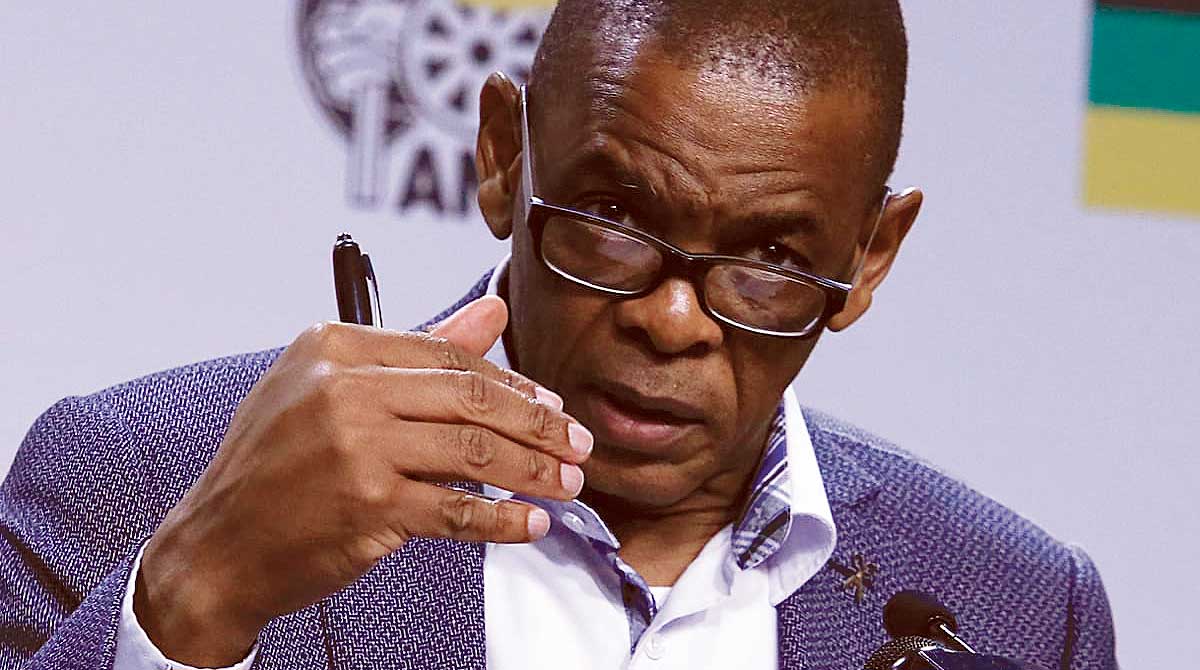 The National Directorate for Priority Crimes Investigations (Hawks) have chosen to maintain a defending silence following sharp denials by former Premier Ace Magashule’s personal assistant Moroadi Cholota that she has agreed to be key state witness against her ex-boss.

Magashule recently appeared in the Bloemfontein Magistrate Court facing charges of corruption, fraud, alternatively theft and money laundering. He was given R200 000 bail.

The elite crime busting unit in court papers claim to have secured Cholota as a key state witness in the running asbestos R255 million tender scandal acse. However, the former personal assistant, who is currently studying in the USA, has vehemently denied this.

Through leaked email correspondence with Colonel Nico Gerber of the Hawks, Cholota said she learnt through media reports after Magashule appeared in the Bloemfontein Magistrate Court that she is a key witness for the state.

She demanded Gerber issues her documentary proof showing she agreed to be used against her former boss.

Cholota wrote to Gerber that she was ‘surprised’ to learn of her being a key state witness against the former Free State premier.

The Hawks provincial spokesperson Captain Linda Steyn declined to comment on the matter when approached by the Free State Weekly.

“Please contact head office in this regard,” she said.

But head Mulaudzi was not coming to the party either.

He failed to respond to calls and messages seeking clarity on how alleged false claims of Cholota being a key witness were presented in court.

Magashule, who was elected ANC secretary general at the party’s Nasrec Conference in 2017, has vowed to prove his innocence over the allegedly politically-motivated charges he is facing.

The state alleges there was corruption and money laundering during the controversial R255 million asbestosis project initiated by the provincial department of human settlements in 2014.

It claims Magashule approached a businessman to assist 200 poor students to get laptops and also organised funding for a delegation of Free State students to study medicine in Cuba.

The state also alleges Magashule intervened and secured funding from a businessman to cover tuition fees of a child of a local judge.

ANC NEC member and Magashule staunch ally, Tony Yengeni is on record as saying the party’s secretary general is being accused for raising funds to help others.

“It was not for his personal benefit, other people benefitted instead,|” said Yengeni after Magashule’s first court appearance.

The fracas over Hawks claiming Cholota as key witness has since rubbed up the ANC Youth League in the Free State the wrong way.

The league, which has vowed to back Magashule to the end, accused investigators in the matter of ‘playing to the whims of those allegedly bankrolling an ‘anti-Ace campaign.’

The league’s provincial secretary, Reagan Booysen, breathed fire in reaction to the seemingly fumble by the Hawks, accusing the unit of not acting neutrally as it should.

“It just goes to prove that there is indeed misuse of the state resources by investigators who are prepared to lie in court, putting Cholota on the spotlight as a key witness without even asking her for consent. It smacks of desperation to see the SG in the dock,” noted Booysen.

“We have said all along that the Hawks are not neutral in all this. They lie all the way and are influenced by senior ANC leaders who dislike the SG’s increasing popularity with our people.”

Booysen said even the huge bail of R200 000 paid by Magashule was based on the court believing there is a water tight case against him by virtue of his former personal assistant being a key witness in the matter.

“The court was of the view that here is someone that had been working closely with Magashule and was willing to turn against him. Surely the court believed there is a strong case, but the Hawks knew they misled all of us,” he added.

The Free State Weekly sent a total of 28 questions to the Hawks’ Colonel Gerber seeking clarity on how Cholota ended up being named as a key state witness, but to no avail.

The newspaper had sought to establish who between Cholota and Gerber was not telling the truth regarding the whole debacle.

Free State Weekly also unsuccessfully sought to be furnished with a copy of the agreement signed by Cholota to testify for the state.

Colonel Gerber did not also answer questions sent to him on Wednesday on the process to be followed in making one a state witness.

The court ordered Magashule to surrender his passport.

He must also inform the investigating team if he wishes to travel abroad and not to be in contact with any witnesses particularly Cholota. In this regard, he may not, directly or through third parties, make any contact with her.

The seven were also arrested by members of the Directorate for Priority Crime Investigation (DPCI), the Hawks, in the Free State, Kwazulu-Natal and Gauteng.

This is subsequent to an investigation that was initiated by the Special Investigating Unit (SIU) which referred the matter to the NPA and the Hawks.

It is alleged that various payments were made by the Free State Human Settlements department to Diamond Hill Trading 71-Blackhead JV, which Phikolomzi Mpambani and Sodi were the account holders. This is after the company was appointed by Mokhesi as a service provider on a contract of R255 million. Mpambani was murdered in Johannesburg in 2017.

It is alleged that in August 2015, Magashule corruptly accepted gratification of R53 550, paid on his request towards the tuition fees of the daughter of a then acting judge from Mpambani.

Between November 2015 and January 2016, a payment of R250 000, on his request, was made by Mpambani to Astra Travel towards travel expenses of a delegation to Cuba.

The state alleges Magashule failed to report corrupt transactions in contravention of the Prevention and Combating of Corrupt Activities Act 12 of 2004. This is part of a criminal investigation by the Free State members of the Hawks, the Free State Office of the DPP and other NPA like the SCCU and the AFU into allegations of fraud to the value of R255 million was committed in the appointment of Blackhead Consultants for the “assessment and removal of asbestos roofs and/or housing”.