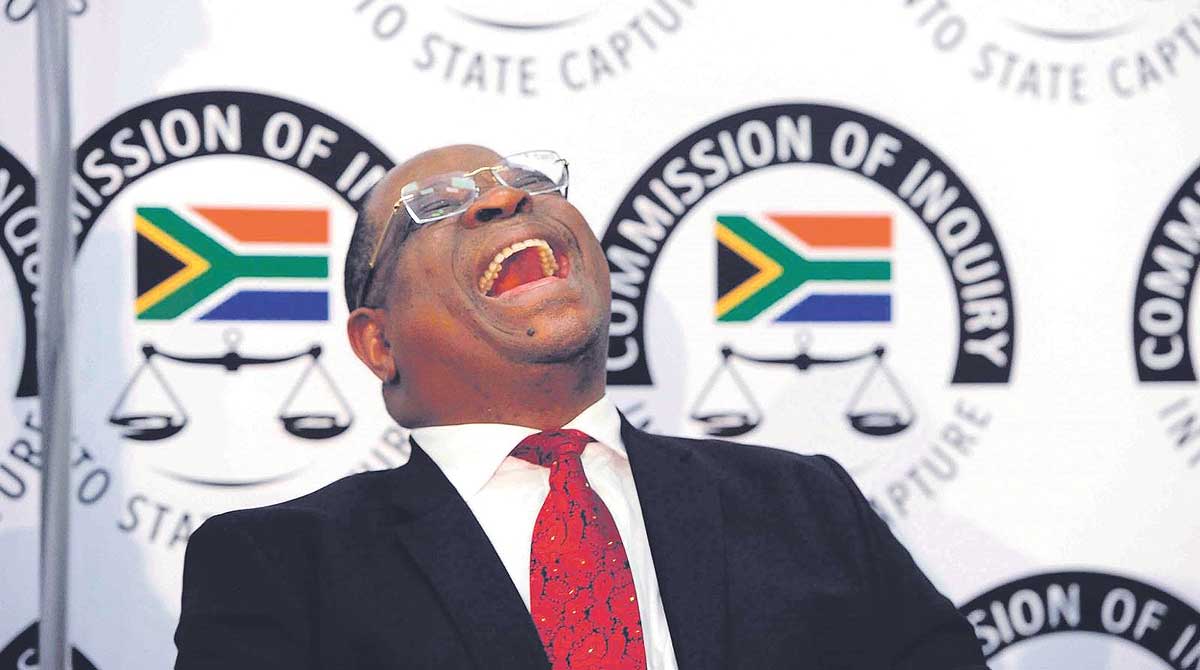 This after Zondo on Monday ordered Zuma to avail himself at the state capture commission between November 16 and November 20.

In his order, Zondo said that the commission did not negotiate with witnesses about when they can appear.

Zondo was responding to a remark in a letter from Zuma’s attorneys, which suggested that dates should be negotiated.

“No dates will be negotiated with them or with him,” said a firm Zondo. “This commission has made it clear to the attorneys who represented him before that this commission does not negotiate dates with witnesses.

“He and his lawyers have been informed that, unless I am satisfied on that date that there are good grounds for them not to appear, if they do not appear that application will proceed without them,” said Zondo.

He added: “But that application will proceed with or without them unless I am satisfied that there are good grounds for them not to be here.”

But on Tuesday, the RET condemned Zondo for targeting Zuma and “disrespecting him”.

“Judge Zondo has never seen it fit before to address arrangements for witnesses who are to appear before his commission through media conferences.

“In fact this is actually the second time that Judge Zondo has seen fit to do so, as he had also previously addressed the matter of Zuma giving evidence before the commission when the work of the commission commenced,” they said.

The group questioned why Zuma had to be forced to appear before the commission, when Public Enterprises Minister Pravin Gordhan had not yet returned for his cross examination.

Gordhan was meant to be cross-examined by the former SA Revenue Service boss Tom Moyane, but he failed to appear before the commission citing “Cabinet commitments”.

Gordhan applied for his appearance to be on August 31. Zondo was not happy with this, saying Gordhan ought to have had a compelling reason not to appear and Cabinet meetings was not a good enough excuse.

The group condemned Zondo for not affording Zuma the same courtesy.

“Among the most notable example is Gordhan who is to appear before the commission for cross examination, but who has not done so … it appears he is defiant and arrogant by being unavailable.

“The minister seems to regard himself to be in a special category of super citizen that is not answerable to anyone. Not even to a commission that he agitated for, and evidently intended to use as a political attack tool in his factional political manoeuvres against those whom he has so vindictively defined as his political adversaries,” the group noted.

Last week, his lawyers informed the commission that he would be unable to appear this week as scheduled because he was preparing for his arms deal criminal trial in December.

His doctors had also advised him “not move around too much” because of his health and age.

Zuma failed on several occasions to appear before the commission as planned due to reported ill health, hence the subpoena to compel him to appear in November.

The RET said the commission was a plot set against its members.

“It is evident that the prime target that the commssion and its chair have in their cross hairs, and are literally hunting down, is Zuma.” -CityPress