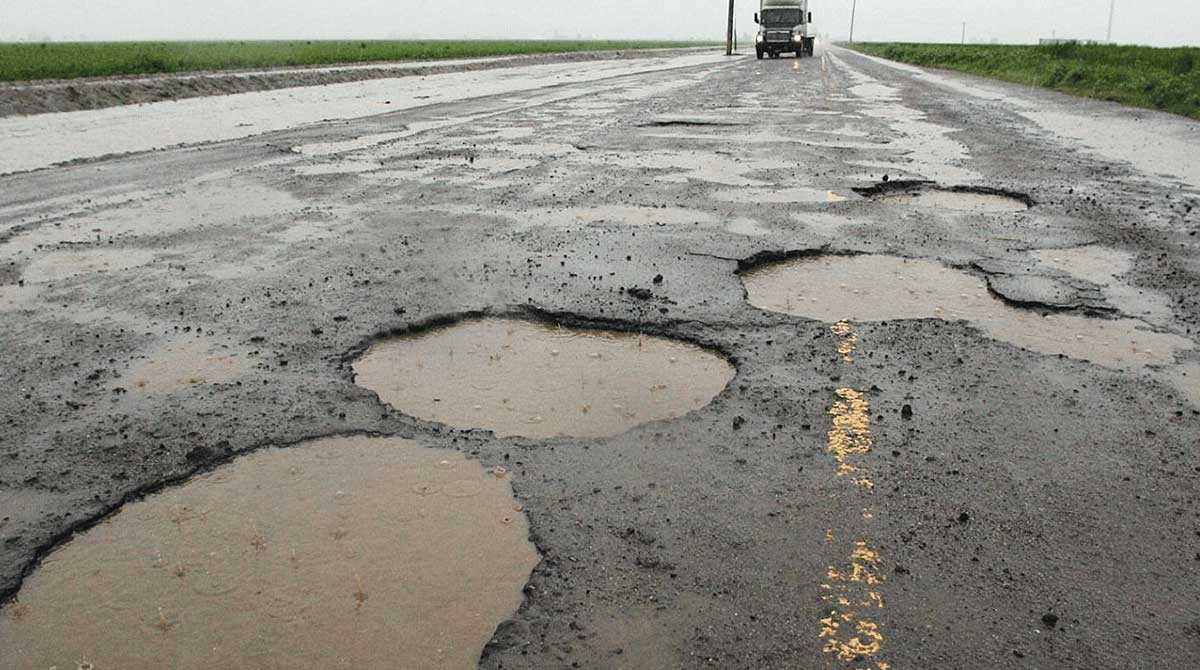 The torrential rains that have pounded most parts of the Free State in recent weeks has caused massive damage to the road infrastructure in the province, estimated at a whopping R163 million.

The Department of Police, Roads and Transport (DPRT) said the current heavy rains have caused significant destruction to roads in the province.

The torrents have also led to inconveniences and damage to vehicles, forcing drivers to find alternative routes, resulting in traffic jams that lead to delays.

The department said although it is thrilled by the rains, unfortunately the floods caused a lot of damage to roads, as well as creating dangerous and life-threatening driving conditions.

DPRT spokeswoman Hillary Mophethe said the affected secondary roads in the province require blading and re-gravelling as a matter of urgency to ensure the safety of road users.

“The damage to our secondary roads is estimated to be R163 million. Our road maintenance teams have been deployed all over the province to do repairs, mainly in the areas of Memel, Hennemann, Vrede, Edenville, Senekal, Winburg and Reitz,” noted Mophethe.

She pointed out the repair work on its own poses yet other problems for motorists who might now be delayed, pleading with all to heed MEC Sam Mashinini’s call for extra caution on the road given the wet and muddy surfaces after the rains.

The department is also concerned about the high number of road workers that are expected at maintenance hotspots in the province.

“Approach them cautiously and slowly. They are doing a very tough job under stringent circumstances and the least we can do is to treat them with the respect they deserve,” said Mophethe.

She announced the department is working on building embankments that resist extreme flooding during severe rainstorms.  These would be rolled out simultaneously with upgrades being done on damaged roads.

Farmers across the province have also not been spared as the heavy rains have left a trail of destruction on their farms after they washed away crops.

The devastated farmers are now asking the government for assistance to help them recoup their losses.

Farming communities in Bultfontein, Wesselsbron, and Hoopstad have been the hardest hit by the floods.

In some worse case scenarios, farmers have been advised to vacate their homes due to concerns over their safety.

Besides damaging crops, the heavy rains have also destroyed some produce storage facilities, they said.

The disappointed farmers have appealing to President Cyril Ramaphosa and agriculture minister Thoko Didiza to come to their rescue.

The heavy rains also affected farmworkers, some of whom were forced to flee their makeshift homes with their families in fear of roofs caving in.

Their only hope, they said, is for the rains to stop in order to allow them to harvest wheat and maize to grow.

FSA president Francois Wilken recently told online publication foodformzansi that not only are farmers struggling to transport their produce to markets, it is the poorest of the poor that will pay the price for it.

“Left unattended, farm dwellers such as pensioners and school children will not be able to access services, and clinics and ambulances won’t be able to access farms to deliver chronic medicine and transport critically ill patients,’’ he noted.

Meanwhile the SA Weather Services anticipates more rain for the province in the coming days.

According to the Department of Water and Sanitation in the Free State, the Vaal dam in Refengkgotso near Deneysville in Fezile Dabi District Municipality increased its level to 82.4%, a sharp rise from 78.4% on February 1.

Weather forecasters said heavy rains are expected to hit the province yet again between February 13 and 15, Wednesday to Friday.

The weather bureau warned there will be storms in the province and singled out the Eastern parts of the Free State as the likeliest to be hard hit. This might lead to flooding in these areas.

However, despite the damages, the current rains have been hailed as a welcome break after seven years of dryness in the thirsty towns of Bultfontein and Hoopstad.