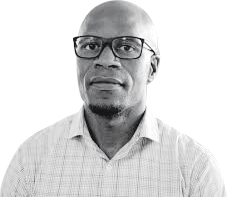 More than a century ago Samuel Edward Krune Mqhayi took up to himself to correct Richard Victor Selope Thema who wrote a newspaper article giving the history of the African National Congress (ANC) that starts from 1912. The ANC is much older than that. It was formed in 1898 and relaunched in 1912 through a process that was takeover by a group of Pexley ka Seme that returned from studying in the US. Mqhayi put the historical account of the present day ANC into perspective and context in detailed and unapologetic manner.

On the 13th February 2019, I felt like Mqhayi did. Initially, I resisted the temptation to respond to the shallow claims and unfathomable analysis by Solly Mapaila, the second president of the South Africanist Communist Party (SACP), about Robert Mangaliso Sobukwe broadcasted and published in some media houses. But, late that evening I felt I should and I used the barrel of my pen to put things into context and perspective. I do not like to engage politicians on scholarly, epistemological and pedagogical issues for personal reasons, but, this time I break that tradition.

Just 13 days before the day Robert Sobukwe passed on, 27 February 1978, Solly Mapaila made mind-blowing claims. What a way to mark the month of February by Solly Mapaila! Interestingly, on the 13th of February Mapaila said what he never shared before, as he claims.  The month of February is a ‘Black History Month’ in the US with the aim to profile the history, heritage and achievements of Black people in that country. Moving from the fallacious claims and erroneous analysis by Mapaila and many others thinking like him, perhaps, even here in South Africa we need to think about having a similar marker for historical purposes – the heritage month is irrelevant as it has been turned into performance events with no historical meaning at all. The reason being, some black people do not know their history, African history, or the earlier African civilisation for that matter, besides the distorted account of the past purported in many institutions, organisations and settings, including the current South African schools curricula.

February is one of the most important months, at least for me. It is in this month that Malcolm X was assassinated. A month in which Abram Ramothibi Onkgopotse Tiro was brutally killed by the apartheid regime. Also, a month in which Robert Mangaliso Sobukwe passed on. This month has layers of significance, for some.

Mapaila claims are challengeable at a number of levels. But for now, I will only focus on five fronts. Firstly, he claims that Sobukwe was favoured by the apartheid regime. Taking into account how Sobukwe suffered, persecuted, taken through a surgical operation without the knowledge of his family and killed by the apartheid state under the camouflage of cancer; these claims are unthinkable, illogical and baseless. Sobukwe’s pain caused by the apartheid regime is less known and how that negatively affected his family and continue to haunt them. Robert Sobukwe must be turning in his grave unstoppable. Mapaila exposed his level of ignorance, not fully comprehending the marathon of the struggle against apartheid in South Africa and the level of pain the apartheid regime brought to many families, including the Sobukwe family. The second president of the SACP is ill-informed and needs to be schooled.

Secondly, he asserts that when their leaders were imprisoned on the Robben Island “They were ill-treated, treated like slaves. They went to the quarry to crush stones every single day because they were being punished… The apartheid government decided to treat Robert Sobukwe as the only political prisoner and others as terrorists. That’s why they build him a house. That’s why when you go to Robben Island, there is a house there. Others got cells, Sobukwe stayed in a house. He had freedom. He had a full house”.

The statement that Sobukwe had ‘freedom’, caused me to want to know: what freedom is he referring to? What is freedom? Or what constitutes as freedom? It appears that Mapaila has a narrow and shallow conception of ‘freedom’. Does he know how this isolation negatively affected Sobukwe? Is he aware of the impact of the isolation in Sobukwe’s speech? Does he know how that setting negatively affected his family and the scars they continue to leave within the present? Does he know that Sobukwe was isolated even when his health was deteriorating to an extent that his wife, mama Sobukwe, who was a nurse by profession wrote to Vorster demanding that he be taken out or she be allowed to take care of him in prison? Mapaiala has no full comprehension of what Sobukwe went through and he does not have a better understanding of the South African historical facts, beside, the ANC mythology.

Thirdly, on the ‘Sobukwe House’, it is important to state that, the house that a visitor to the Robben Island Museum see is not the original structure. It was built at a particular time. The initial structure was a small bhangalo, then the existing house. The intention was to isolate him from other political prisoners because of his influence and fear by the apartheid regime. Sobukwe was the most feared political prisoner of his generation in South Africa. No misrepresentation nor superficial analysis will change that.

It is important to note that, in relation to the Sobukwe House, politics of space, time and location are important for a comprehensive comprehension of the structure in question. The same can be said about the dog cages in front of the existing house. When Sobukwe was there, they were not in existence. They were place years later. But for those political prisoners who were imprisoned on the Island in the 1980s, will talk about the house and also the dog cages. But those before them will exclude them.

Sobukwe was isolated because the apartheid government feared him and his intellectual capabilities, eloquence, ideas and his influence on others. He was a threat to the sustainability of the apartheid state. Sobukwe had a power of influencing people both intellectually and politically. There is no one in the history of the struggle against apartheid that can be compared to him. He was in the league of his own.  Sobukwe is deliberately and conveniently misrepresented for narrow reasons. The fallacious and synthetic analysis and position by Solly Mapaila points to a number of issues. These amongst others include, lack of knowledge about Sobukwe, misrepresentation of Sobukwe, convenient marginalisation of Sobukwe and fabrication of his immense contribution in the struggle against apartheid.

The abstract analysis and claims by Mapaila caused me to think that, perhaps, there is a need for all the full-time politicians to compulsory do history (South Africa and African history)  101 – or crash course – for better and sound understanding of the past, not the part aligned mythological account of the past. Notes about past, present and future. History matters for full comprehension of the country’s progression. It matters for present and future generations, as the present is the manufacturer of tomorrow’s history. It informs the present about the past and the present context is not the end but rather the punctuation in a long and complex narrative.

Mapaila’s claims are both a character assassination and to do with the continuous marginalisation, falsification of history and isolation of Sobukwe. Sobukwe may be gone in person, but, his teachings and ideas lives as they are still relevant in the present. No character assassination will erase Sobukwe from people’s heart. Sobukwe’s thinking and legacy lives on. Sobukwe’s philosophy is an intergenerational manifestation and indomitable link between the past and the present, between age groups. Sobukwe is timeless!

I underscore that Mapaila’s claims are not merely disingenuous, character assassination and demeaning. But, more importantly, they lack historical content and context. Furthermore, his assertions are trapped in an official heritage narrative where the state curate the nation as to what to remember and commemorate, and the paddled monolithic historical master narrative.

In my other work – a book chapter in an edited book by Andre Odendaal to be out this year – I problematise the Robben Island Museum tourist gazes. Further arguing that, the silenced Pan Africa Congress and Black Conscious Movement experiences on the Island feed to the currently paddled national disjointed discourse framed by monolithic and hegemonic historical master narrative, ANC mythology produced and sustained by the ANC and its administration and agencies.

Fourthly, Mapaila also stated that “The ANC and its alliance partners subscribed to non-racialism”. What he did not say, though, is that it was Sobukwe who first spoke about the concept of non-racialism while others we talking of multi-racialism. Therefore, the said political party subscribed to multi-racialism. Sobukwe was a leader, others were followers. They followed him including his intellectual capital but now they are celebrated and recognised over him, even going as far associating them with his intellectual capital, the concept of non-racialism, coined by him in South African politics.

Fifthly, Mapaial stated “That is unforgivable, although we do not deny that, he was a revolutionary. I’m saying this not because he was anti-communist, but that is unforgivable”.   Mapaila’s is ignorant about the history of the South African struggle against apartheid and he exposes his unthinkable shallow analysis. He lacks historical depth. Further, these claims are trapped in what I would call the apartheid unconsciousness assimilation that existed then and continue in the present. This is evident in a number of ways. He incorrectly gives credit to the apartheid regime even where it does not exist. Perhaps, only in his imaginary world. But there is a need to denaturalise the apartheid unconsciousness assimilation.

I, further, submit that Mapaila’s claims about Sobukwe have more to do with the internal ANC issues that also find expression in the SACP. On the 31st January 2019, the Secretary-General (SG) of the ANC, Ace Magashula, while briefing the media in Durban was wearing a t-shirt bearing the face of political struggle icons. Interestingly, included was Sobukwe. It was for the first time since 1959 to have the ANC or a very senior member appearing in public with something of Sobukwe or wearing an item bearing his face. This was a fascinating public declaration and political statement by the SG.

In addition, just a year ago we also observed Nkosazana Dlamini Zuma revoking the spirit of Sobukwe and his teachings in many occasions, and mama Sobukwe’s submission to the Truth and Reconciliation Commission (TRC). Even employing the term ‘Son of the soil’ in referring to Kofi Annan when she was pay attribute to him. Therefore, it would seem to me that for Mapaila by discredit Sobukwe he is counteracting this growing momentum of claiming Sobukwe by some ANC senior members. There is more to this Mapaila’s confession than what it meets the eye.