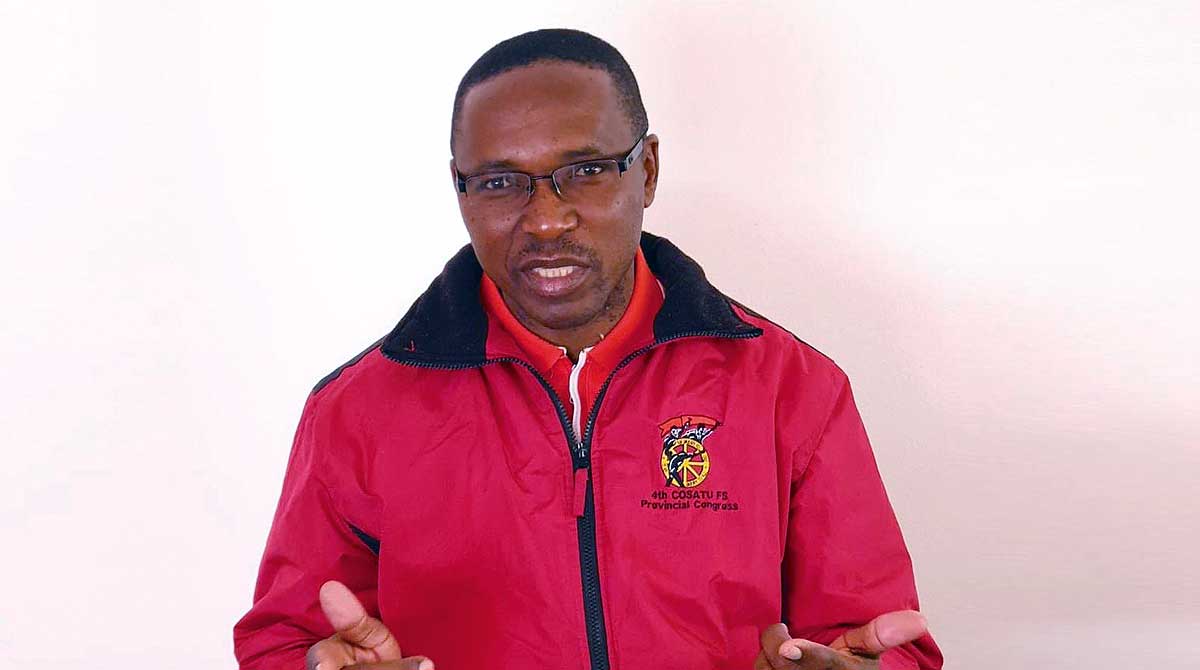 The call for the closure of schools has nothing to do with being disruptive, but rather dealing with the issue of health which includes reducing infections and preserving the loss of life of all parties involved, says South African Democratic Teachers Union (Sadtu) provincial secretary-general Bricks Moloi.

Speaking to the Free State Weekly, Moloi said one of the reasons the union was calling for schools to be suspended was because it believes there has not been effective teaching and learning since the first grades returned in June.

He said some schools were forced to close after positive cases were identified, as well as high levels of absenteeism from learners whose parents have decided to keep them at home.

“The yoyo/vula-vala happening due to closure of schools in case of teachers, support staff and learners testing positive for the coronavirus has affected schooling negatively,” he noted.

There was also little effective teaching and learning taking place because there were fewer pupils and teachers in the classroom.

“We’re having more absenteeism by teachers due to comorbidities, isolation, and quarantine, because of the positive Covid-19 numbers that are there,” said Moloi.

He stressed Sadtu was not calling for the school calendar year to be abandoned, but for its suspension. “We are not calling for abandoning of the calendar year, but for suspension of schools as we are experiencing an exponential rise in the infection rate in our communities and now at our schools. Let the peak and winter pass and reopen schools; we will prepare our learners for their final year assessments.”

The secretary-general indicated the suspension of schools would afford the department of education an opportunity to fix the system and create a conducive environment, safe of fear, anxiety, and threats.

According to Moloi, it also affords the department time to attend to the question of safety and hygiene, focus on the provision of water, teachers to replace those with underlying conditions, and fix toilets.

Quizzed whether the union has met with provincial leadership in charge of education in the province, Moloi said there was continuous interaction with the head of the department for education.

The key issue, he added, was that consideration should be on saving the Grade 12 learners as they are at the exit point of their schooling.

Moloi rejected suggestions from some quarters that Sadtu was only making the call now, citing: “We had reservations about reopening of schools prior to the announcement by the Minister of Education. We cautioned the department then and what is happening now in our schools vindicates us.”

According to Sadtu, the South Africa school system is still not ready to receive learners and the environment is not conducive for teaching.

Basic education minister Angie Motshekga this week said Cabinet would make a final pronouncement on the closure of schools due to the threat of the coronavirus pandemic.

Speaking in a virtual National Council of Provinces meeting on Tuesday, Motshekga said parents and members of the education community had ‘divergent views’ on whether the country’s schools should remain open or closed.

“After solid consultations in the past week, and after the cabinet’s approval, we will be able to indicate what should happen in the sector in the face of an ongoing spike in (coronavirus) infections,” she noted.