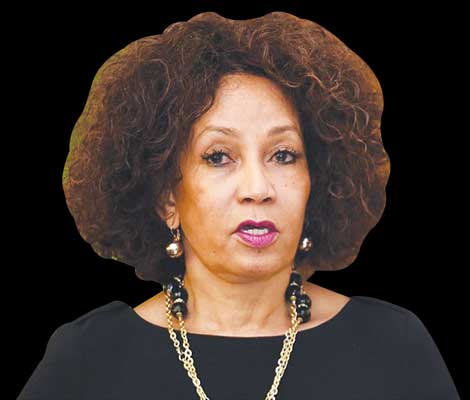 South Africa’s chairing of the AU in 2020 will coincide with the goal of “silencing the guns by 2020”, which finds expression in the union’s aspiration for a peaceful and secure continent as set out in Agenda 2063: The Africa We Want.

As chair of the AU, South Africa will build on the work of previous chairs by accelerating actions aimed at contributing to a conflict-free Africa and end all wars on the continent by 2020. The assumption of the chair of the AU in 2020 will also coincide with the final year of its membership of the United Nations Security Council (UNSC), thereby providing the country with a unique opportunity to leverage the capacity of the UN in order to contribute towards ending conflicts on the African continent. This will be building on the priority of promoting co-operation between the UN and the AU, which South Africa championed during its previous stints in the UNSC.

Since 2020 will also mark the 20th anniversary of the UNSC Resolution 1325 on women and peace security, championed by Namibia in 2000, South Africa will prioritise the position and role of women in the promotion of peace and security on the continent. In this regard, existing programmes and new ones to build the capacity of women in areas of preventive diplomacy, mediation and conflict resolution will be expanded and implemented as appropriate with concerned countries.

South Africa will also use its chairperson role of the AU to accelerate the implementation of the African Continental Free Trade Agreement (AfCFTA). Already signed by 49 African countries, the AfCFTA is meant to create a tariff-free continent that can grow local businesses, boost intra-African trade, enhance industrialisation and create jobs. As President Cyril Ramaphosa said during his State of the Nation Address on February 7, 2019: “The agreement on the establishment of the African Continental Free Trade Area offers great opportunities to place South Africa on a path of investment-led trade, and to work with other African countries to develop their own industrial capacity.”

South Africa is therefore committed to deepen and expand its economic relations with fellow African countries for mutual benefit.

Given the rapid number of ratifications (17 currently), it is anticipated that the agreement will soon reach the required threshold of 22 ratifications in order to come into force.

The agreement will create a single continental market for goods and services as well as a customs union with free movement of capital and business travellers. Countries joining the AfCFTA have to commit to removing tariffs on at least 90% of the goods they produce. According to the UN Economic Commission for Africa (ECA), if all 55 African countries join the free trade area, it will be the world’s largest by the number of countries, covering more than 1.2 billion people and a combined gross domestic product of US$2.5-trillion. The ECA adds that intra-African trade is likely to increase by 52.3% by 2020 under the AfCFTA.

South Africa will, therefore, use its position as the chair of the AU to support President Mahamadou Issoufou of Niger, the AU champion of the AfCFTA, to ensure the conclusion of the legal text of the agreement in June 2020, in accordance with the AfCFTA road map. The implementation of this agreement will pave the way for Africa’s renewal and its meaningful integration into the global economy, thus fast-tracking its development and prosperity.

We are extremely honoured to be accorded this responsibility at a critical stage in the continent’s development, and commit to doing our utmost best to fulfil this supreme mandate to the best of our ability.