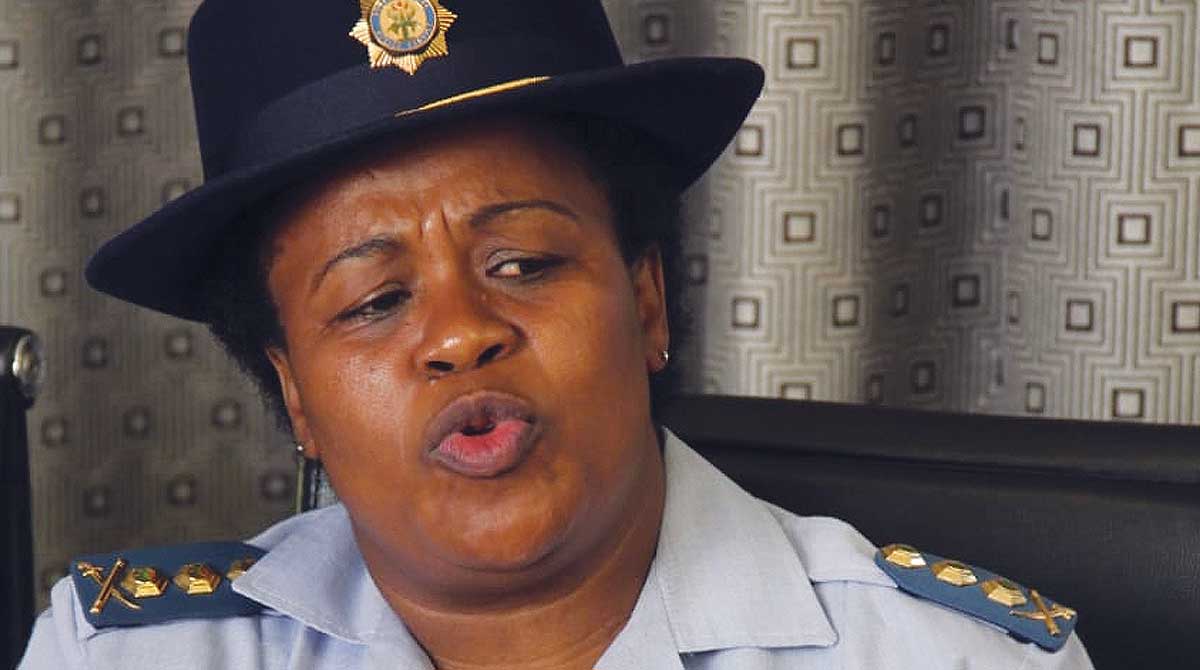 Free State Provincial Police Commissioner Lieutenant General Baile Motswenyane has urged women not to remain silent when they are raped or face any form of abuse from their partners as this could cost their lives.

Motswenyane said after a Bethlehem man appeared in court on Tuesday facing charges of rape and assault with intent to cause a grievous bodily harm after allegedly forcing himself on his wife.

“We appeal to community members to always report incidents of domestic violence as soon as possible as such incidents often lead to unnecessary deaths,” said Motswenyane in a statement.

Welcoming the arrest, the police commissioner noted any sexual activity without consent is rape irrespective of the relationship between the two parties.

The 46-year-old suspect is expected back in court next Tuesday for a formal bail application.

It is alleged the suspect found his wife sleeping in the couple’s house in the evening of February 8 and brazenly told her that he was going to rape her.

He allegedly proceeded to rape the wife and went on to assault her leaving her seriously injured with bruises on her face.

The Commission for Gender Equality spokesperson Javu Baloyi told Free State Weekly that while spousal rape is prevalent in South Africa, many cases go unreported because some of the perpetrators are breadwinners and the survivors are afraid of losing that support.

He said in other instances, the perpetrators do not know they are actually committing a crime.

“We educate men that rape also happens in the home between partners and is not just limited to what happens when the two are married,” said Baloyi in a brief telephone interview yesterday.

“In some of the cases we have handled, the man would say ‘she enjoyed it’ but the woman would argue ‘I was not ready for you.’ Now, that’s rape because there was no consent,” he added.

In some cases, men rape their partners due to anger or insecurity.

“Some men would argue, ‘if you are not sleeping with me, it means you are sleeping with someone.’ You also have some cases whereby a man wants to have sex as a way to make-up for earlier differences but that shouldn’t happen without the full consent of the other party,” Baloyi explained.

While there are no readily available figures on marital rape in South Africa, it is estimated that 10-14 percent of married women are raped by their husbands in the United States. Approximately one third of women report having ‘unwanted sex’ with their partner.

Historically, most rape statutes in the world read that rape was forced sexual intercourse with a woman not your wife, thus granting husbands a licence to rape, but this has since been changed.

Studies have shown that women are at particularly high risk for being raped by their partners when they are married to domineering men who view them as ‘property’; when they are in physically violent relationships; when pregnant; when ill or recovering from surgery and when separated or divorced.

VAWnet, an online network focused on violence against women and other forms of gender-based violence says it has also been established that marital rape is just like any other form of sexual violence and equally devastating to the survivor.

It said women who are battered and raped frequently suffer from broken bones, black eyes, bloody noses and knife wounds.