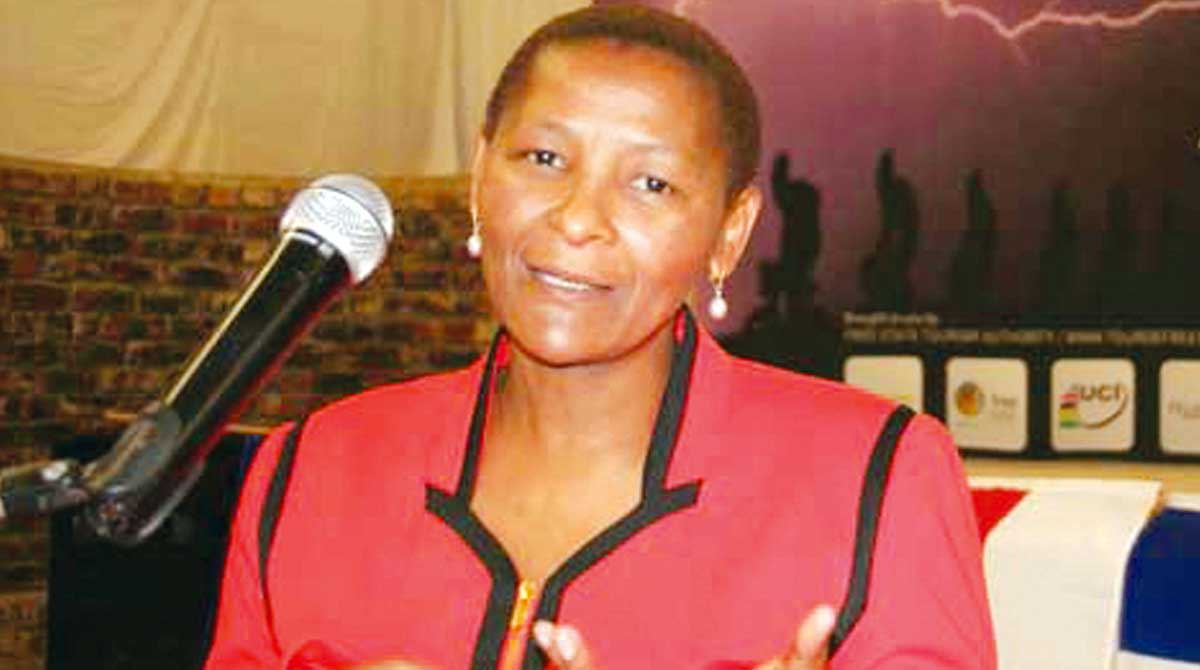 ANC Member of Provincial Legislature (MPL) Mamiki Qabathe on Wednesday came out guns blazing against the DA and the Freedom Front Plus, accusing them of being forever negative and not seeing any good in government efforts to build a united and prosperous country, free from inequality, poverty, and racial exclusion.

The MEC for social development was irked by the DA Free State leader, Roy Jankielsohn’s remarks regarding the Tribal Authorities Act, a piece of legislation by the whites only union of South Africa formed in 1910, which effectively relegated Africans to the periphery of the country on less arable land.

Qabathe was speaking in the Free State Legislature during debate on government’s spatial development plans which seek to undo apartheid planning patterns on racial basis and place the formerly disadvantaged masses, mostly black and Africans, in residential areas closer to their places of work.

The DA and other opposition parties are vehemently against government’s push for expropriation of land without compensation.

“Premier (Sisi Ntombela), you are doing great. In fact you are doing well, you do not have to worry about people who are being paid to insult you. You will never be praised by anyone from the opposition benches,” she said.

The fired-up Qabathe vowed during debate on Ntombela’s budget vote speech that the ANC led government will certainly appropriate unused land to settle people for residential purposes and to fulfill its developmental objectives.

“This law was concocted by your Oupa and Ouma, for you now to talk like you are is an insult to the liberation struggle for equality, and undermining of efforts to bridge the divides,” she noted.

Turning to the FF plus MPL, Devar Smit, Qabathe vowed she would only take him seriously the day he campaigns for a stop to the killing of farmworkers too.

She said this is so because no life is better than the other and that everyone has a right to a safe and secure living environment.

The MEC invited Smit on a date to the impoverished informal settlements of Silahliwe and Matlharantlheng to appreciate the dire effects of the segregatory legislation administered against black and African people by successive white minority governments.

“Honourable Smit, you always had a bathroom and flushing toilet. You never washed yourself in a washing bucket or used a pit toilet in your life, or lived in a shack, hence I’m saying private unutilised land will be expropriated to settle our people for residential purposes,” added Qabathe.

Meanwhile, Qabathe also had chilling advice to the Economic Freedom Fighters (EFF) regarding “its marriage of convenience with the DA in the provincial legislature”.

She said the DA is famed for using people as smokescreen to defend white interests and then dumping them once they choose to speak their mind.

“Look at what happened to Mamphele Ramphele, they appeared on television hugging her as if something concrete will come from that relationship, but in honest fact they only wanted her members and after they took it they spit her out like chappies.

“The list goes on, if you don’t believe me go ask Patricia De Lille what they did to her, go ask Lindiwe Mazibuko, Nosimo Balindlela, go ask Principal Letuka here in Bloemfontein,” Qabathe fumed.

She further accused the DA of toying with Africans by using DA parliamentary leader Patricia Kopane for campaigning as Premier candidate for the Free State for the recent provincial and national elections and then sending her off to Cape Town after making the numbers for representation in the provincial legislature with Jankielsohn as party leader.