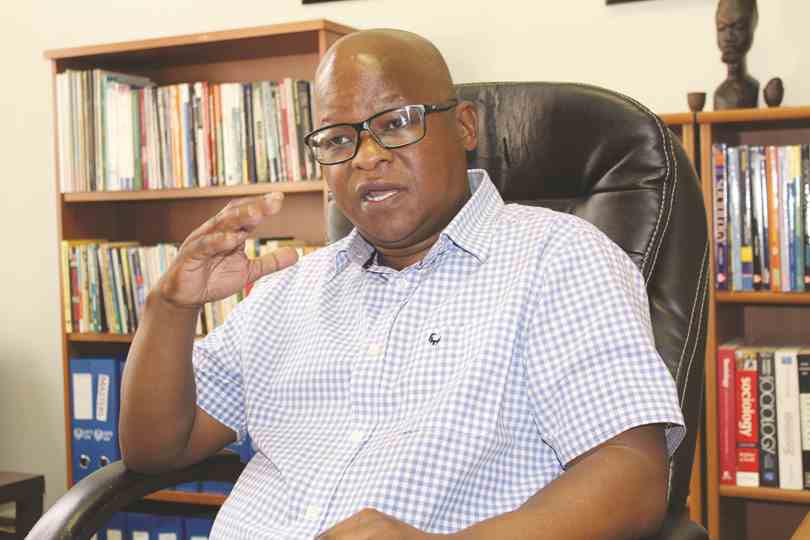 Religious matters took a whole new twist when a Gauteng based pastors allegedly performed one of the greatest miracles in the Bible when he “resurrected” a man from the dead. Even though he now refutes the claim, the pastor was roundly criticised across the country and beyond for playing on people’s minds and abusing religion. The Weekly’s Martin Makoni discussed the matter at length with the University of the Free State (UFS) senior Sociology lecturer Sethulego Matebesi to understand the motivation behind such stunts and how people tend to believe such acts. Makoni also asked Matebesi, who is the chairperson of the UFS sociology department, how society should respond to that and what authorities should do to ensure religion is not used as a told to dupe people. Excerpts:

Is it really important is for religious leaders like pastors and prophets to perform miracles before their congregations?
It is important for certain people. I don’t think your traditional churches like Methodist, Anglican and Roman Catholic will primarily go out and try and want to perform miracles. There are people who possess certain powers, maybe they can predict certain events, but that’s how far people who are quite knowledgeable in terms of religious matters or spiritually inclined will go. That’s how far they can go with their gifting to make predictions. But there is absolutely no pressure to do this in the traditional churches to come up with such miracles.

So, what influences the continued rise in the quest for miracles, of what use are they to both the church leaders?
We have seen a mushrooming of churches in recent years. These are your so called contemporary churches and that’s where the problem comes in. There is pressure because it’s all about profit making. It’s money making schemes, that’s why you there is pressure on those church leaders. To come up with something, or least being controversial by creating the so called mysteries or miracles.

Can you break it down further so we can get a better understanding of the influences around the issue of miracles, does society really need them?
I am a sociologist and what I have learnt from my exposure is that in society you have four basic institutions that include religion, education, politics and the economy. These are your basic fundamental institutions in any society, whether it is your classical society or the current/contemporary society. That is the starting point. But what we have also learnt is that each of these different institutions plays an important in inculcating certain values or ways of understanding. You also have in sociology, the family. The family as a unit, plays an important role. Somebody with a child that grows in a family and goes to church, to a certain extent, while know what goes on there. So, while biblically, miracles might have been performed to save live or to show the power of God, it’s no longer the case today. They have become an enterprise for fake pastors.

But what really motivates people to go those churches where they believe miracles will be performed, given the possibility of being scammed?
To a large extent, I strongly believe that people go these churches in the hope that their immediate personal situation will change. That for me is a major pulling factor to these churches. Most of those who go there have been in their traditional churches but they have not seen anything that they believe would excite them spiritually.

But it’s not as if people are only learning about miracles now, yet these churches are growing quite rapidly, is it necessarily about miracles or there is
more to it?
Unfortunately, the strategy that has been used by some of these churches that use miracles, is, they will market themselves through the media. Some of them have their own television channels, that’s why you will see them, whether we like it or not, having a pulling factor. So, I think the major pulling factor in the case of South Africa is that we have a weak economy. There are households which didn’t have access to a slice of bread for three years. Poverty is a huge problem in South Africa as well as unemployment. All these factors, unfortunately play a huge role in terms of how people respond to certain pressures or shocks. It’s not always that those who go those churches hope to benefit directly or immediately, but they hope that one day something will happen.

You mentioned poverty being a major driving cause, but you also have well educated people with good jobs going to such churches, what could be the reason behind that?
It’s true the middle is also found in those churches. It’s quite shocking for me because it’s not only the poor who are attending these churches. It could be psychological that some people are going to these churches. Some people may have money, but they have personal problems which they have tried to resolve without success, hence they put their trust in these churches. I have also noticed that the moment these pastors realise that you are financially sound, they recruit you. I have seen one pastor who actually lurches on widows. But what I have realised is that those close to the pastor, could be benefiting financially and they will market the church and make it a point to invite people within their own social class. That’s how some of these churches keep on drawing large following. And if you look at the traditional members, they are actually losing members. It’s all about money now. It’s a major pulling factor to these churches. It’s however important to note that some people go there genuinely because they couldn’t spiritual fulfillment wherever they were.

But if one is rational in their approach to life and they find these questionable miracles happening, why can’t they question them or simply leave such churches?
Remember these pastors also play on the minds of people. From a distance, one could say they are irrational, but once you are in, it’s almost like indoctrination. Culture and religion can be quite dangerous if they are in the wrong hands. Those two are so powerful. Culture on its own is a very, very powerful thing. You have some people who will always hide behind culture because that the easiest thing. You are not going to question all cultural practices. Other people will discourage from doing that. And that’s the same thing with religion. How do you dare start questioning God? We have seen that happening. In some cases, people will even use race to try and counter any criticism. Religion is very powerful. It’s one way you can play on the minds of people and that’s where problems come in. But they still do it because they want to remain relevant. You have seen people sprayed with Doom (insecticide) while some have been made to eat snakes. It’s a marketing ploy and we are vulnerable in South Africa. You are like a performer, a magician, you need new material to excite your people. You are like a comedian. You can’t repeat your jokes forever.

So, where does place these pastors like in the case of “resurrecting” a dead body, will it be fair to say they are not genuine?
They can’t be genuine, and I am going to put my head on the block on that. I have never seen a real man of God going about flaunting their wealth. Of course they might argue, but why not? I am not working for God to be poor. That could be their line of argument. But I don’t believe that. Why would you come out and advertise your life like that? So, for me, without a shred of doubt, they are not genuine. It’s a money making business. They have identified a gap and for them, that is one way of exploiting the masses here.

What do you think authorities should do to protect people from being conned by these charlatans?
Well, in terms of participatory governance, you want to establish whether you have community development workers out there because they would approach such matters from an objective point of view. We need councillors to play a role too because they will know what’s happening in their communities. I know there is a danger of them being labeled anti-Christ, but as a councillor, if I hear that people are being fed grass in my ward, I should take interest in that and find out what’s happening. Civil society organisations should also play a role. They should be there to teach people about some of these things. We can’t just wait for the police and the courts to act. We should be continuously educating our people on these things. Universities too, could play a role. They could conduct researches and publicise their findings. Everyone should be involved.