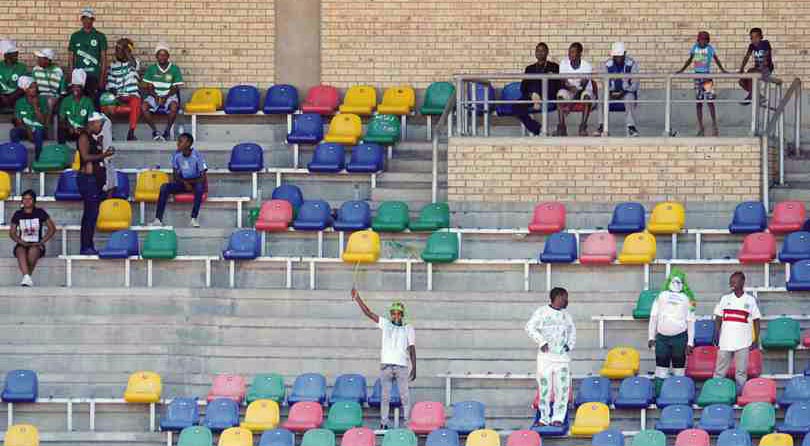 The attendance suggested a plug had been pulled off a national boycott of all local games, which continues to have a negative impact on the club’s financial muscle.

Responding to media queries, Pule said it was not only important to separate fans from supporters, but it was equally vital to note that supporters were not being forced to join the boycott.

With fans vocal on various social media platforms, those who have remained loyal to the course expressed disappointment in the attendance of the game by some of their own, going as far as referring to them as sell-outs.

However, the national chair refrained from naming calling, saying theirs was a peaceful strike and that supporters where not being forced to join the boycott.

Aware of reports of division being prevalent among supporters, Pule said, “It is not division. Remember our protest is a peaceful one. We are not forcing supporters to join boycott.”

The chair explained there was a huge difference between fans and supporters.

“We know who’s attending the games and know very well that they are mere fans not supporters, not that there`s anything wrong with it. It is imperative to understand the difference and who you`re seeing at the stadium,” he added.

Indeed, hardcore Celtic fans have remained loyal to the course as the stadium continues to be an unacquainted place with thousands of empty seats.

Pule reiterated that the boycott was still ongoing, saying he was happy with how things have proceeded so far as it continues to serve its purpose of hitting the team’s coffers.

According to Pule, this past weekend Celtic management issued complementary tickets to fans, not supporters, such that security complained that about 80% of the tickets used for the Stars game were complementary.

The problem with this approach, he added, is that it has allowed opportunistic behaviour to escalate as some end up selling such tickets though they are initially free.

“It`s a problem…It`s a serious problem that we have decided to involve the police to help us address it. We can`t be having people selling complimentary tickets to supporters as if they bought them. It’s wrong and it`s illegal and it must stop,” the chairperson said, further criticising the team management’s inability to heed their call.