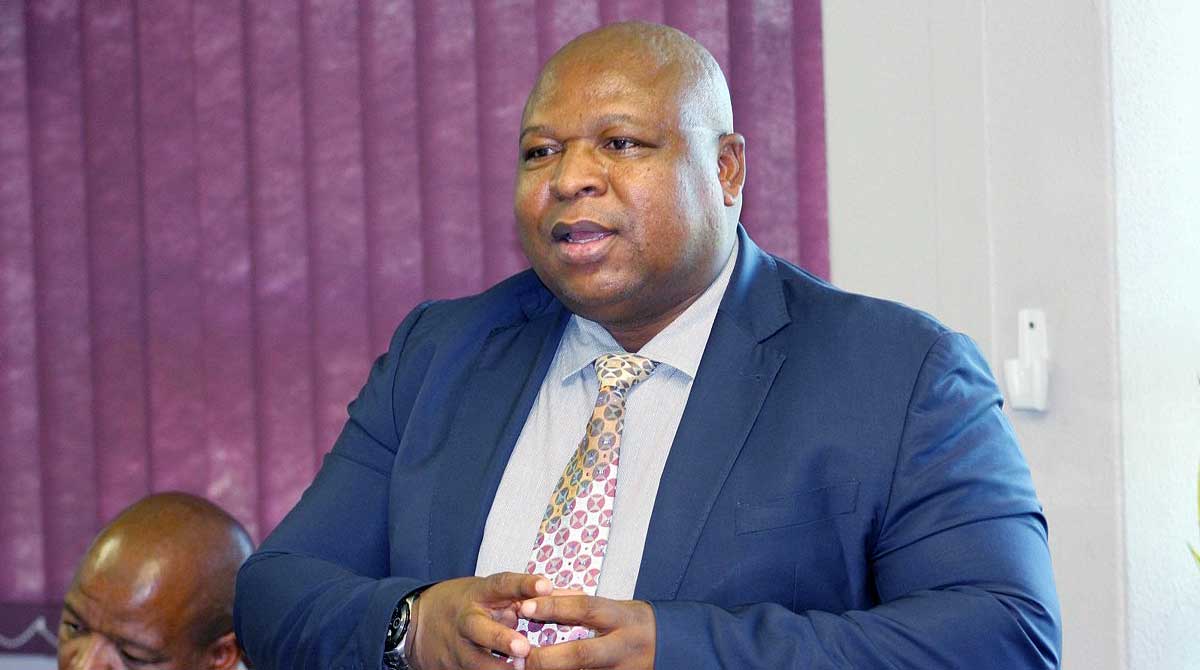 Free State MEC for Co-operative Governance and Traditional Affairs (Cogta) Thembeni Nxangisa yesterday hailed the generation of liberation struggle activists who heeded calls by the late ANC president Oliver Tambo to render the apartheid South African government ungovernable at the height of defiance and resistance during the turbulent 1980’s.

Sebothelo’s legacy was immortalised in the Free State with the naming of the ANC’s provincial headquarters after him.

His mother, Mme Mmokho Sebothelo, was present during Nxangisa’s speech highlighting her son’s historical role as an activist.

A political think-tank in her own right, Sebothelo is the founding member of the ANC’s women league in Botshabelo, 51 kilometres outside Bloemfontein in Mangaung, where the party was born.

“Allow me to welcome one of the mothers that used to guide and protect the young lions in the struggle for a free South Africa. Mme Sebothelo is not only the mother to the first provincial secretary of the ANC in the Free State, she is also an activist for political, and social freedom in her own right,” said the MEC.

Former ANC leaders in the province comprising ex-Member of the Provincial Legislature (MPL) Itumeleng Sekhalo, Mafa Mofoti, an activist for the democratic order hailed for immense contribution to ANC underground work and Benny Kotsoane, a former MEC and cadre of the ANC, were also singled out by Nxangisa for their selflessness and service to the people.

“In his capacity as a business person, comrade Mafa contributed immensely in underground activities when the need was there. My predecessor, comrade Kotsoane paved the way for us to serve the ANC’s mandate after him.”

Nxangisa used the platform to chastise apartheid policy spatial planning for the creation of the economically stifled township of Botshabelo, where Sebothelo hails from.

The MEC described Botshabelo as an ‘unliveable dumping ground’ meant to keep people away from any economic activity.

“We must be mindful of the painful journey that the people of Botshabelo traversed since 1979 when they were dumped in green tents without water, electricity, ablution facilities and no hope of a better tomorrow,” he recounted.

The tents were later replaced by shacks and the bucket toilet system as the township grew in size, noted Nxangisa.

He added the 1994 first democratic elections brought new hope to the township, amid the hefty price paid for the freedom enjoyed today.

“The names of the people that I acknowledged are just a tip of the iceberg to the rich history of political activism that characterises the area where we are. They form a core of those that listened and responded to the command of Oliver Reginald Tambo to make apartheid unworkable and ungovernable.”

Nxangisa said the lot were responsible for ‘preparing the conditions for the seizure of power’ by the people.

The MEC’s department is charged with overseeing the co-ordination of municipalities and traditional leadership activities in the province.

It is also the first stop shop where sluggish or non-performance by councils is detected.

Nxangisa’s speech comes hot on the heels of the tough tongue lashing of Free State councils by the parliamentary portfolio committee on Cogta, led by Member of Parliament (MPL) Faith Muthambi.

Muthambi last week reined in Free State municipalities for non-compliance with the stipulations of the office of the Auditor General in submitting financial statements and supporting tax documents on time.

She indicated this trend means non-compliant municipalities are not properly accounting how they spent tax-payers’ money, a direct indictment on clean, accountable and transparent governance.

Muthambi called for “consequence management” in instances where transgressions of the Municipal Public Finance Act (MPFA) have been proven.

Nxangisa recalled the famed words of female struggle icon, Charlotte Maxeke whose centenary year the ANC is celebrating, when reminding her comrades to shed the self interest in favour of the interests of the whole.

The MEC described Maxeke as a visionary, intellectual, scientist, revolutionary, internationalist and teacher.

“A colossus woman, a trailblazer at so many levels, she was the first woman in Southern Africa to acquire a Bachelor of Science Degree in 1901 from a prestigious Wilberforce University, Ohio in the US,” he said.

The first president of the Bantu Women’s League which is now known as the ANC Women’s League, Maxeke is renowned for her famous quote: “Kill that spirit of self, and do not live above your people but live with them. If you rise, bring someone with you”.

Nxangisa further called on Cogta staff to heed Maxeke’s clarion call to kill the spirit of self.

“In fact the work of Cogta in general requires that we understand that this work is not for ourselves but for our people,” he indicated.

The ANC is also holding centenarian commemorations for John Langalibalele Dube, the first president general of the African National Native Congress, now the ANC, who would be turning 150 years old if he was alive today.

Maxeke is famed for leading the first women’s march against the extension of reference books to women in 1910 in Bloemfontein.

In his closing remarks, Nxangisa recalled Tambo’s address to an Umkhonto we Sizwe (MK) passout parade in 1977 in Angola where the legendary leader warned it would be ‘more difficult to keep power than to wage a liberation struggle.”

Tambo said then: “You will have to satisfy the various demands of the masses of our people. In the process, be prepared to learn from the people’s revolution. Learn from the enemy also.”

He added at the centre of the mission of Cogta’s existence is to do what Tambo instructed in satisfying various demands of the masses of people.

The MEC decried the ‘new normal’ that came with the outbreak of Covid-19, citing it impacted negatively on the usual ways of doing work, living, playing and even socialising.

The result of the pandemic is having his budget vote speech attended by a select number of people while the rest have to rely on radios to keep up.

Nxangisa also expressed gratitude to the front line workers in the fight against the disease, including those who succumbed to it.

He blamed the pandemic for worsening the burden on highly challenged municipalities, saying it also exposed high inequalities in society.

Lack of human resources and capacity building, long vacancy lists, and lack of consequence management processes were some of the challenges bedevilling Free State municipalities.

Nxangisa reiterated Muthambi’s warning that political infighting contributes to the collapse of service delivery in institutions.

He further cautioned of a spike in service delivery protests ahead of the upcoming local government elections as political organisations position themselves for the poll.

While the people’s demands are genuine, they should not be hijacked for political point scoring, he stressed.

Cogta would not spare any effort in living up to its constitutional imperatives of providing democratic and accountable governments for local communities, ensuring sustainable provision of services, promoting social and economic growth and encouraging community involvement in matters of local government.

The local government elections would serve to remind political parties of local councils as the spheres closest to the people, Nxangisa pointed out.