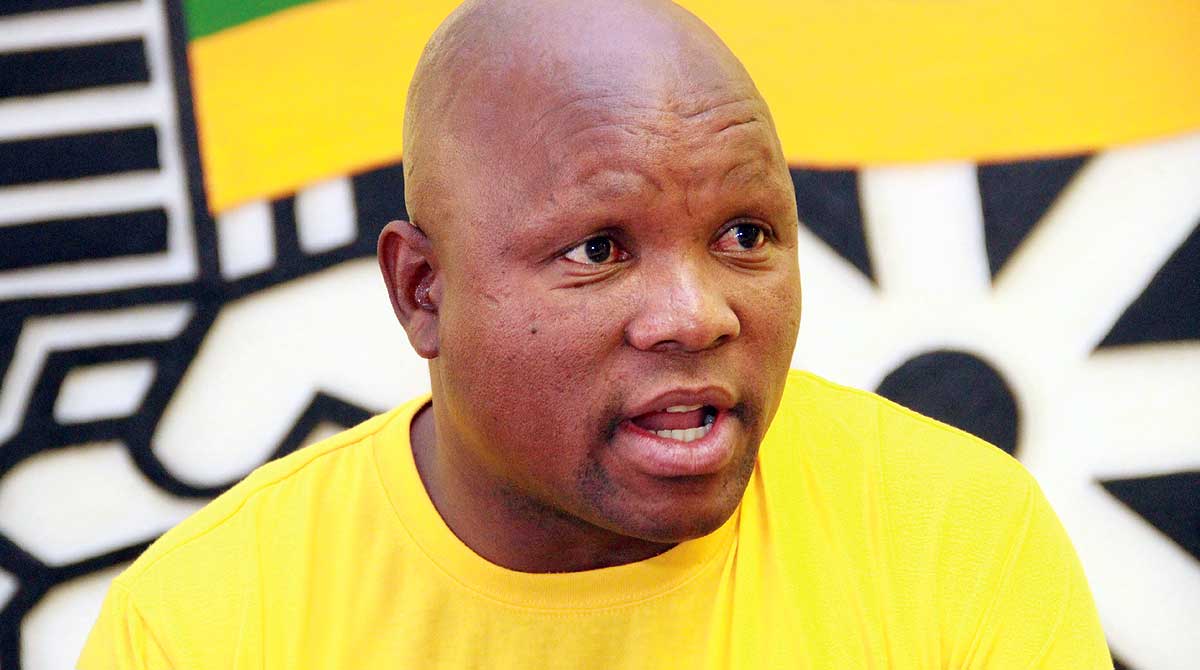 “Bury ongoing infightings among you here and emulate the late ANC president Dr Nelson Mandela, who wished to see a united movement able to deliver on the promise of total freedom from inequality and hunger.”

This was the clarion call made by the provincial secretary of the ANC in the Free State, Paseka Nompondo, while addressing regional leader of the party from Bethulie, Green Field in Mofulatshepe, and Smithfield.

Nompondo was on a return visit to the areas to make good of the promises he made to the impoverished Mokhethi and Khulu families during the ANC door-to-door campaigns prior to the national and provincial elections, which the party went on to win overwhelmingly in both areas.

Nompondo was also in the area to pay homage to the memory of the late international statesman, Dr Nelson Mandela, whose birthday was celebrated yesterday throughout the world.

“I learnt that there are divisions among you. Some ‘cling’ to certain people and so forth. You get to the provincial and national echelons of the ANC and find the same scenario, but I tell you today that if you really love the ANC, you would unite and sort out your differences so that the party can be stronger, just as Mandela would have liked to see a united movement,” he said.

He noted Mandela was a product of the ANC but had not once in his lifetime had he worked against it.

“Mandela joined the ANC when it was already there, and he was never the one to take it backwards through factional battles. Instead, he and others strengthened the movement and took it further to what it is today,” he added.

The provincial secretary warned that whoever perpetuates divisions within the ranks of the ANC does not love it, and is only out to destroy it.

The only enemy the ANC has is the triple challenges of poverty, inequality and unemployment, which he said could only be overcome through a united effort.

“If you are not going to work for unity, or even attempt, then you do not represent the ANC. Mandela, the one who was made through the struggles of our people against apartheid wanted unity, hence to us he will never die but live forever in our hearts. We ought to emulate his spirit of forgiveness and reconciliation.”

Nompondo reminded his audience, largely made of regional and branch leaders of the ANC, that Mandela sacrificed luxuries of his career as a qualified lawyer, his family and children, as well as being born within the royal family, to fight for the liberation of the country.

The provincial secretary said he chose to fulfill the promises he made to the two families on Mandela Day as the late former president sacrificed a lot for other people.

Nelson Mandela International Day (or Mandela Day) is an annual international day in honour of Nelson Mandela, celebrated each year on 18 July, Mandela’s birthday. The day was officially declared by the United Nations in November 2009, with the first UN Mandela Day held on  July 18, 2010.

The ANC provincial office and the regional leadership of the movement in both towns, with the help of private business, gave facelifts to the homes of the two families.

Nompondo officially handed over the refurbished homes to their owners after they got facelifts including new windows, tiling, ceilings, painting, wall units, and beds by local business people.

This gesture was topped up by the distribution of over 100 food parcels comprising cooking oil, mealie-meal, tinned food, and toiletries to disadvantaged families in the two towns,

Nompondo said the gesture is also an expression of gratitude by the ANC in the Free State to the residents of both towns for having renewed the party’s mandate to govern the country for the next five years.

“We are really humbled by the trust that the people of the area have shown in us as the ANC to extricate them from poverty and unemployment,” he noted.

He further singled out ANC volunteers, whom he called “frontline troopers”, for playing a pivotal role in ensuring the movement triumphs over the opposition.