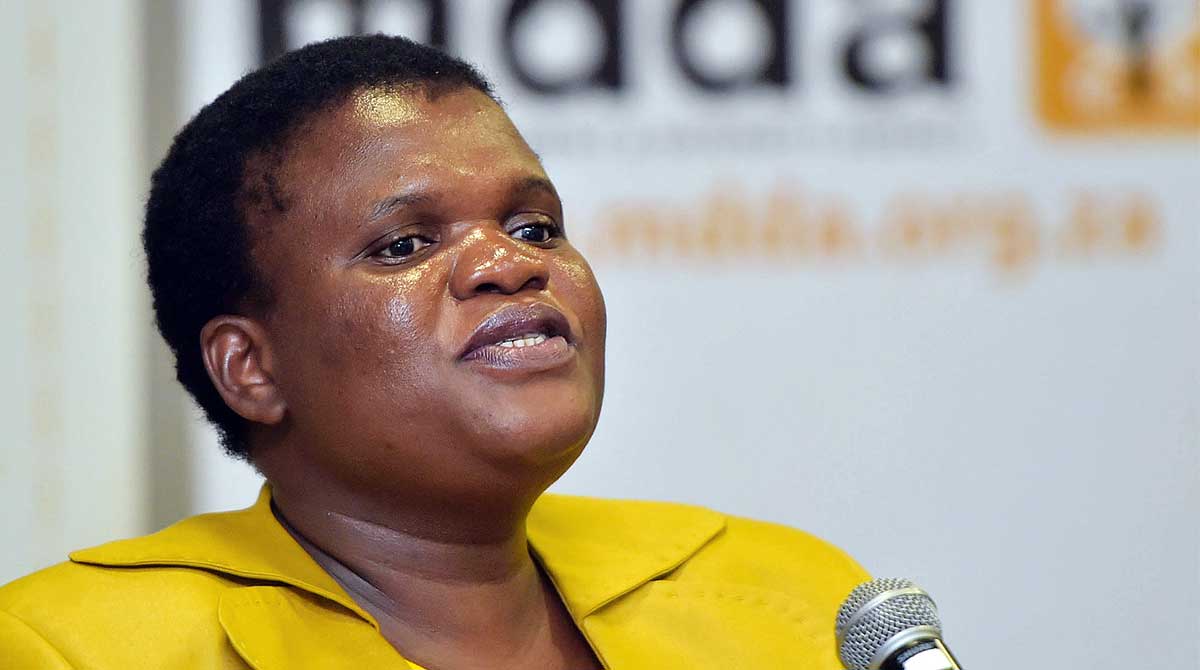 ANC MPs have closed ranks around controversial former minister Faith Muthambi after the DA attempted to block her election as the new chair of the cooperative governance portfolio committee.

New ANC MP, Bheki Hadebe, led the spirited defence of Muthambi, saying she was a grounded leader with a solid track record after the DA’s Haniff Hoosen said the former minister of public service and administration was not suitable to chair a parliamentary oversight committee.

“With respect to the honourable member, I do not believe that she’s suitable for the position and I do not think she is suitable to represent what I think the president of SA is attempting to achieve in his new dawn.

“I think this portfolio committee and any other committee in parliament should elect people to positions of seniority and responsibility that uphold the dignity and credibility of this parliament.

“It’s incumbent for all of us to prove to the people of SA that we’re serious about what we want to achieve and people of questionable character should not be holding senior position in this house,” said Hoosen, who proceeded to nominate himself.

Muthambi had a controversial tenure in government where she’s previously served as communications minister.

The Gupta leaks revealed in 2017 how Muthambi had leaked confidential cabinet information to the Gupta brothers.

But Hadebe would have none of that, saying Muthambi was a tried and tested leader whose track record spoke volumes.

“Your track record speaks volumes, you’re a grounded person and given the state of our municipalities I think we could not find a more suitable candidate than you. You will assist us, given your track record like I indicated that you’re grounded,” noted Hadebe.

“We need your caliber to ensure that we inspire confidence, particular to our municipalities.

“We’ve seen the recent auditor-general outcomes and the state of our municipalities and collectively, working together, we’ll be able to achieve more so in that you have our full support, in you we trust. Let’s take the bull by its horn,” he added.

In the end, the ANC used its majority to install Muthambi, with seven votes against the DA’s two. Muthambi immediately assumed her chair’s seat. Hoosen committed to keeping Muthambi in check.

“I’m humbled by the words of from both parties and I dare not disappoint. I can assure you we’re going to push what is expected of us. I will treat you equally. I’m the chair of each and every member of this committee,” said Muthambi. -Timeslive