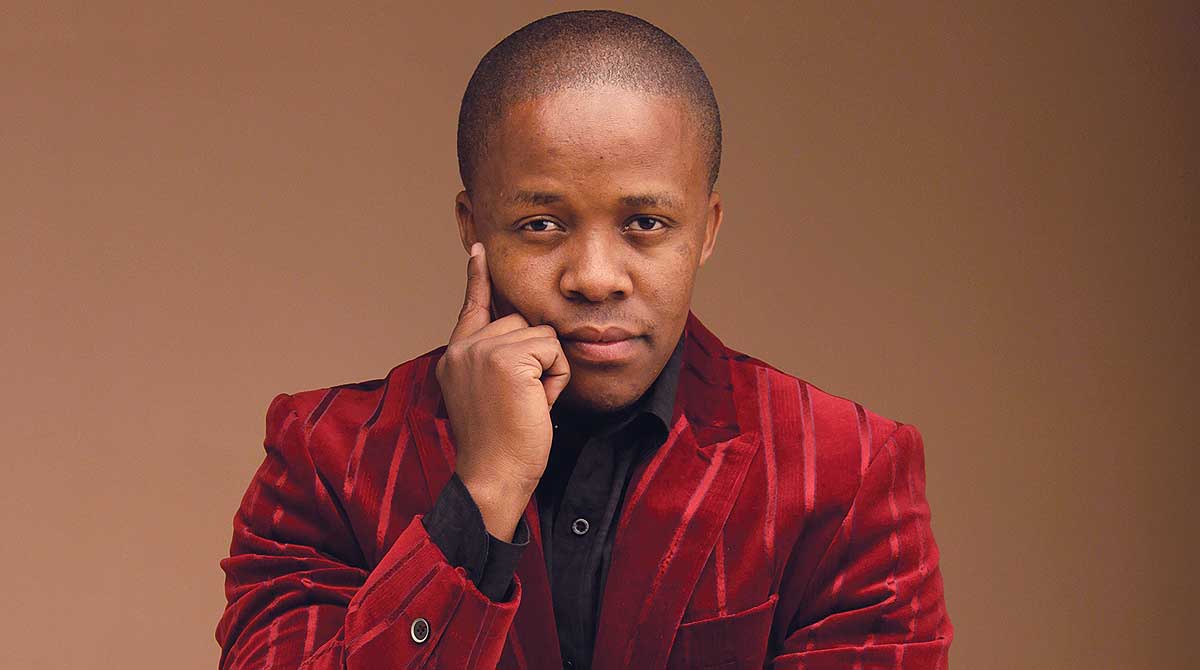 Rising music sensation Mbulelo aka King Davies stole the show at the State of the Province Address (Sopa) luncheon at Bopiespark in Bloemfontein on Tuesday with his new offering “Vusani uTambo.”

Davies, who started signing at the African Native Methodist Church where his father Bishop Malaka was a pastor, got guests on their feet when he ascended the stage and dished out revolutionary-spiked lyrics reminiscent of the old liberation struggle songs.

The young lad speaks openly about the hurt he suffered after breaking up with his girlfriend of 15 years. He said he did the Tambo album after he felt singing about love would be like sending indirect messages to the woman who broke his heart, but found solace in struggle songs instead.

Davies is however not entirely new to the entertainment industry nor the world of music, having showed his talents first at the Shell To Road Fame television programme under the group of modern and hip hop dancers called Shabba Doo.

Here he met up with two other budding musicians and they helped form the popular local Afro-Pop group KAYA, which was nomined in two categories during the SAMA awards of 2005.

It was only in 2016 that Davies decided to go solo and record an album on his own, the result of which was the Tambo compilation of struggle songs, sang with a modern touch while maintaining the originality of the rhythm and lyrics.

“When I recorded Tambo I was actually in the studio to record Usozisola, a love song which has nothing to do with my painful break-up, but as I sang the lyrics it dawned on me that I seemed to be talking to my ex even though I was not. There and then, I switched and sang Tambo and felt relaxed. I knew this was the album I was supposed to record,” he recounted.

Talking to the Free State Weekly on the sidelines of the Sopa, the soft-spoken muso revealed the album has 14 songs ranging from a dedication to icon Nelson Mandela, to messages against xenophobia. He also speaks fondly of Tambo, the former ANC president.

Born in a large family of 10, the singer, who is a twin, says the lyrics contained on the album also help him deal with the loss of his mother and elder brother.

Currently in his first year of study toward a Bachelor of Commerce degree, Davies says education is key in making it in the entertainment world where business acumen is needed.

His advice to young artists is, “Do you, be yourself and try not to mimic anyone. Everybody has their own unique identity, and there can only be one you.”

Davies’ album is currently available on i-tunes and Yo-Tube. It can also be accessed through the local Motheo Community Radio Station.