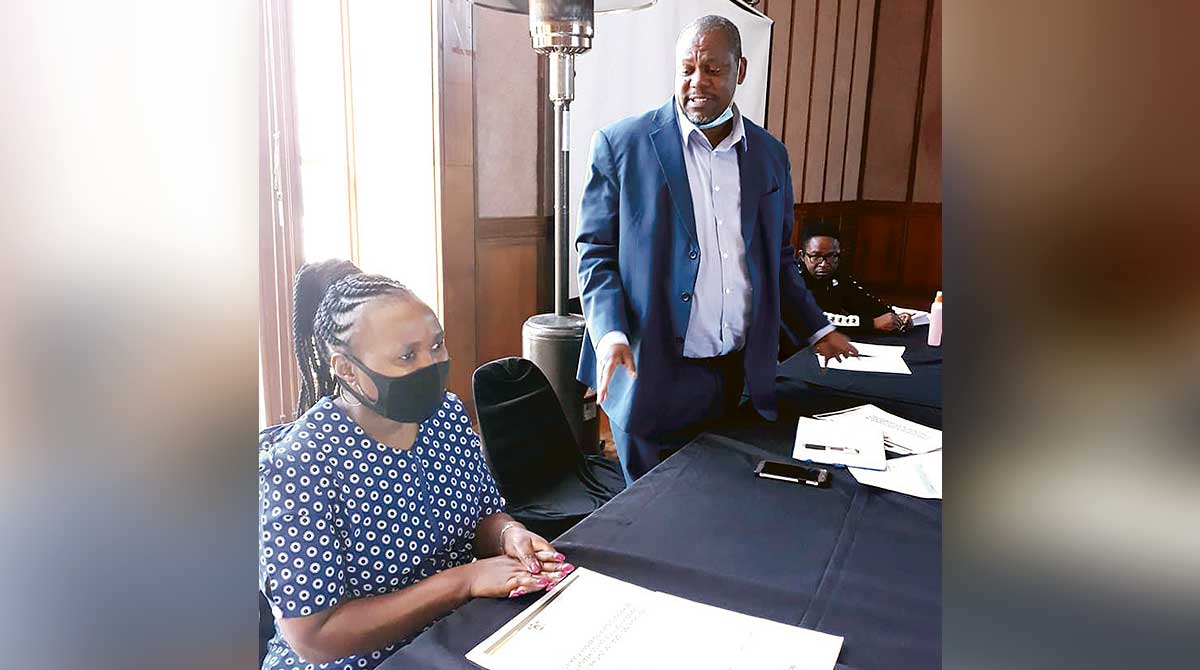 The colourful occasion, which coincided with the end of the annual women’s month celebrations in August, was graced by Matjhabeng executive mayor Nkosinjani Speelman and top departmental officials.

A total of 20 houses earmarked for the most vulnerable members of society including the elderly and people living with disabilities will be built.

During a briefing that preceded the launch, Koloi spoke about the need and importance of working together to see the projects through.

She emphasised the department would not tolerant shabby workmanship on the planned construction, citing nothing less than sterling work would be appreciated by her office.

The MEC also used the launch to introduce the appointed contractor on site to implement the project, Mofomo Construction and Proper Consulting. She challenged the company’s representatives to ensure they work with diligence and do quality work on the houses.

Koloi warned that in case the contractor’s work is found to be sub-standard, the department would have no choice but to terminate the contract.

Acting HOD Advocate Tsuaeli spoke on the progress being made by the department in giving a facelift to G-Hostel in Welkom.

He said even though work began at a slow pace, there is now remarkable progress.

The department is working hard to ensure quality human settlements translate into improved household life for the resident of the province.

Tsuaeli acknowledged that there had been challenges around slow renovations at the G-Hostel but these were amicably resolved.

Malebane said appointed contractors are obliged by law to appoint local labour for their projects where it is applicable.

He told the briefing the continued employment of locals on a project may change according to stages and availability of specialised skills.

“There could be more people employed at the beginning of the project where labour intensive methods will be used, and the numbers would be reduced as the project progresses and nears completion.”

Once more the challenge of people who earn too much to qualify for fully subsidised free government housing but too little to access bonds from banks came up during discussions with the MEC.

The answer to this ‘gap market’ challenge, the department explained, lies with the new FLISP low cost model of housing wherein a determined income assessment is made before an applicant can be approved for home assistance.