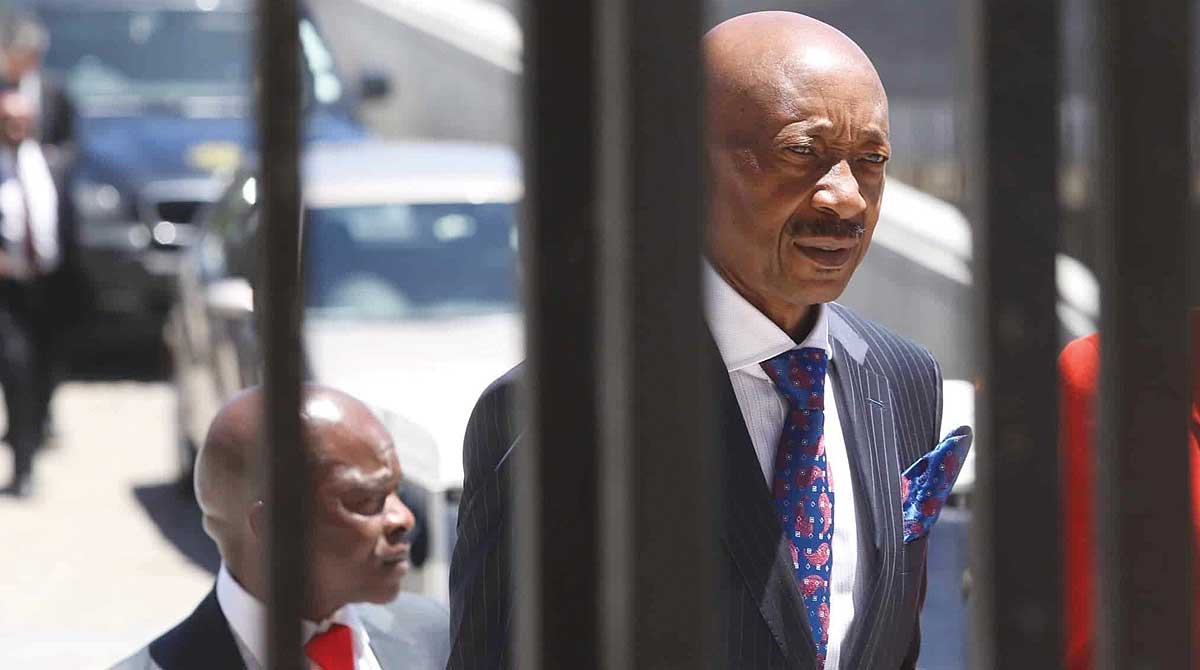 After almost two years of avoiding the cross-examination – saying that if Moyane was allowed to cross-examine him, it would facilitate a fightback campaign – Gordhan seems to be put in a corner.

Although the commission’s spokesperson Mbuyiselo Stemela said the organisation has not issued any advisory yet, Moyane’s lawyer Eric Mabuza confirmed the commission wrote to him granting Moyane permission to cross-examine Gordhan on November 30.

“Mr Moyane is looking forward to interrogating Minister Gordhan,” Mabuza said. He would not say what the focus of the cross-examination of Gordhan would be on.

“Just be patient, we can’t give away our strategy right now. We will talk to you when the time comes,” Mabuza noted.

Moyane was granted permission to cross-examine the minister in November last year, after an initial request was declined.

The commission’s chairperson, Deputy Chief Justice Raymond Zondo, had indicated there would be a limited time frame for the interrogation and Moyane would have to ask specific questions related to Gordhan’s testimony.

The latest turn of events follows Gordhan’s request for a postponement of his appearance, which drew criticism from Justice Zondo early in August.

At the time his lawyer, Nonhlanhla Mbatha, asked for his appearance to be postponed as he had commitments related to Cabinet matters.

Justice Zondo was unhappy with the request, saying Cabinet appointments on their own could not be more important than appearing at the commission.

“There needs to be something more than Cabinet commitments. They are like work, if everyone says they have commitments then the commission would not be able to complete its work.

“The President has told me that whenever anyone is required to co-operate with the commission, they have to co-operate,” Justice Zondo had indicated.

Gordhan had wanted his appearance to be postponed until August 31 or until a date agreed upon by all parties, but Justice Zondo said he would not allow the proceedings to be halted.

“It may be that our solution is that summonses are issued for everyone who has to appear at the commission. I am not going to postpone this to a date agreed on by all parties. I will postpone it to a date I will fix,” he pointed out.

In his testimony before the commission in 2018, Gordhan accused Moyane of acting to serve the state capture agenda, when he opened a criminal case against him regarding the establishment of the Sars “rogue unit”.

The minister had also told the commission how Moyane refused to account to him over dodgy activities, while enjoying the protection of former president Jacob Zuma.

Gordhan had accused Moyane of defiance and of being part of co-ordinated attacks against him, which led to the deterioration of their relationship while he was finance minister.

He had also told the commission how Zuma pushed for Moyane to be appointed as Sars commissioner in 2014, outside of a process that was already under way, with around 120 applicants waiting to be shortlisted.

Mabuza previously said Moyane had acted as any reasonable Sars commissioner would when faced with the allegations of the “rogue unit” and others. -IOL