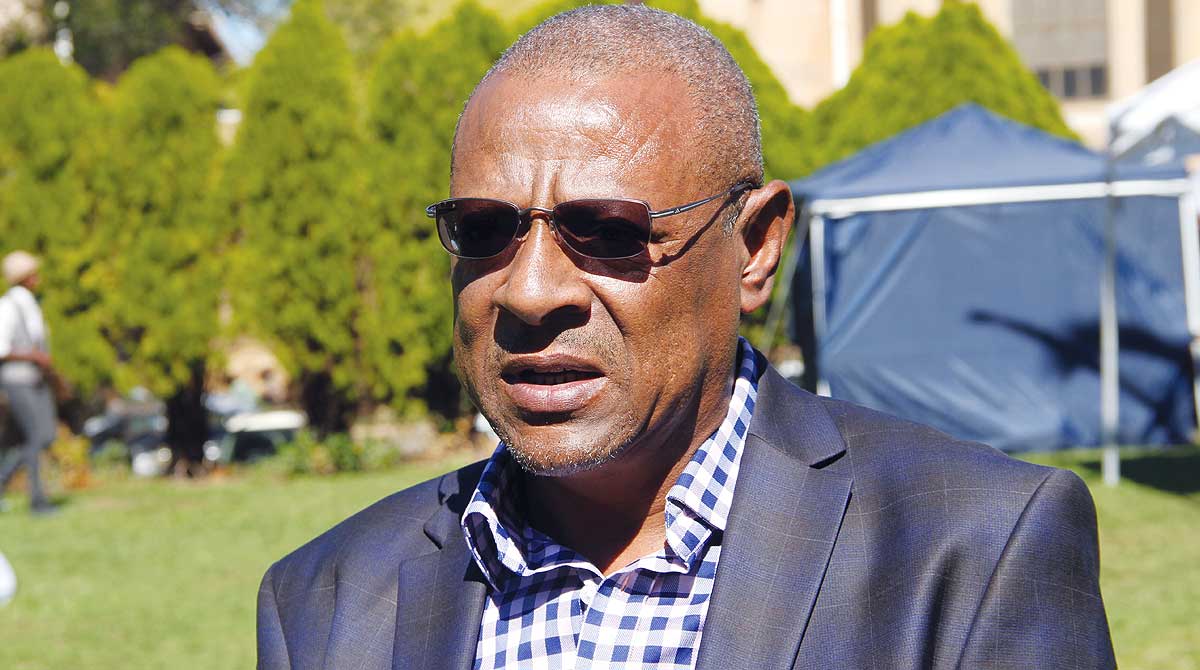 Head of the SA Municipal Demarcation Board (MDB), Thabo Manyoni has decried the state of Free State municipalities, saying most are dysfunctional and need lots of intervention and support.

Speaking on Tuesday during his visit to the province to brief members of the National Council of Provinces (NCOP) who were on a fact finding mission, Manyoni said critical positions in municipalities were still held by people in an acting capacity, and this affected delivery of services to communities.

The former executive mayor of the Mangaung Metro cited the latest report of the Auditor General, which points out that 17 percent of municipalities in the Free State still operate with acting municipal managers and acting chief financial officers.

“I came here to share with the NCOP on matters pertaining to the state of municipalities in the Free State; most are dysfunctional and they need intervention and support,” he said.

Manyoni noted in municipalities where acting executives are in charge, there has been proven chaos and instability.

He also revealed most of the councils still rely on government grants and do not have their own revenue because they do not collect as much as they ought to.

Local municipalities should prioritise filling critical posts with permanent staff members in order to ensure stability and continuity, he added.

Another factor causing municipalities to be dysfunctional is the historical debt to power utility Eskom or water agency Bloemwater. Municipalities cannot be forever toying around the issue, instead they should put up tangible measures to address the situation for once and all, Manyoni pointed out.

“For example, there are services such as health that municipalities ought to run. This is where health inspectors go to places licensed and registered by the municipality to check on the quality of their food and consumables in order to protect citizens,” he said.

He recounted while he was mayor of Mangaung, the metro used to undertake air quality checks in order to keep citizens healthy.

“In as much as municipalities have to be sustainable to deliver on services, they also have a duty to ensure the people residing in their jurisdictions are taken care of health wise.”

Such health checks should be extended to places such as abattoirs, which are mainly used by the poor to purchase meat products.

On preparations for the 2022 local government elections, Manyoni indicated the MDB is tasked with putting up foundations that will allow the elections monitoring body, Independent Electoral Commission (IEC), to perform its functions better in terms of organising free and fair polls.

“Part of these preparations involve delimiting internal wards of municipalities so that voters can easily access voting stations. People don’t have to travel distances and cross rivers to exercise their democratic right to choose,” he said.

He added the MDB would be engaging with different political parties to look into re-determining municipal boundaries after the scheduled local government elections.

The spokesman of the Free State Legislature, Life Mokone has also cited the Auditor-General’s report, which revealed there is a total collapse of control measures in the province.

“Also, municipalities owe for bulk water and electricity supplies to the Water Boards and Eskom, with amounts totalling more than R3.8 billion and R9.75 billion respectively. The AG further flagged several accountability failures in the Free State including a total breakdown in internal controls, non-existent oversight by all assurance providers and late or non-submission of financial statements,” said Mokone.

Irregular expenditure also took a hike from R 677 million to R913 million during the past financial year, according to the report.

Mokone noted Free State treasury also sounded alarm over the financial health of the province, characterised by lack of accountability and oversight, poor long-term planning and budgeting, as well as weak inter-governmental relations.

The Department of Cooperative Governance and Traditional Affairs (Cogta) has also painted a grim picture on the state of affairs of some municipalities, with MEC Thembeni Nxangisa crying foul over lack of accountability on public funding.

The Setsoto and Mantsopa municipalities told the NCOP meeting that 85% of households in their areas owe over R365 million and R416 million, respectively.

The Mangaung Metropolitan Municipality stated there is a huge household backlog relating to water and sanitation dating back to 2009, in relation to infrastructure and service delivery.

The Standing Committee on Public Accounts (Scopa) has since requested the Free State provincial Cogta to institute investigations into problems currently being experienced by Mafube Local Municipality, which is currently under section 139 administration.

The request was made when the municipality reappeared before the committee this week to have a hearing on its audit outcomes.

The committee was also briefed about the situation at Masilonyana Local Municipality, which is also currently under administration.

Scopa has also indicated that they will monitor these municipalities closely and might even conduct oversight visits there.