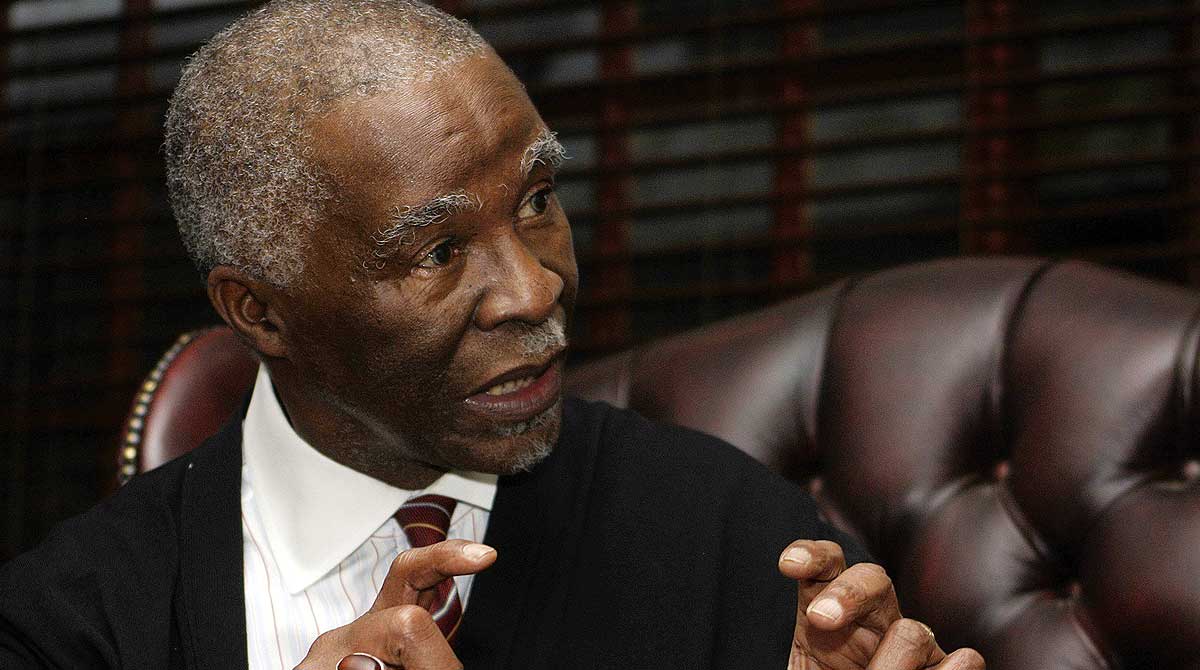 Former president Thabo Mbeki has called for the “renewal” of the ANC to address the challenges the country faces.

Speaking from his home during Andrew Mlangeni’s funeral on Wednesday, Mbeki said those who had paid tribute to Mlangeni in the past week had “correctly” spoken about his contribution to the struggle, about his value system and his character.

“He was very concerned about his movement, the ANC. He was concerned about what is happening in our country with regards to the revolution for which he sacrificed his life.

“He was concerned there was a loss of confidence in the ANC because of corruption, nepotism, arrogance, manipulative organisational principles and abuse of state power.

“It was natural that our leader would be concerned. He was a distinguished patriot,” Mbeki said.

He noted the ANC should say Mlangeni should rest in peace with conviction and mean it.

“It will not be possible to deal with all the challenges our country faces, including the matter of ethical leadership, unless we renew the ANC, as was called for by the 54th national conference. If we do that, this should be a very good farewell and a good memory to such an outstanding leader as Mlangeni was,” added Mbeki.

The renewal would allow the ANC to discharge its responsibility towards the nation and the continent, and allow “the old man to rest in peace”. -Timeslive