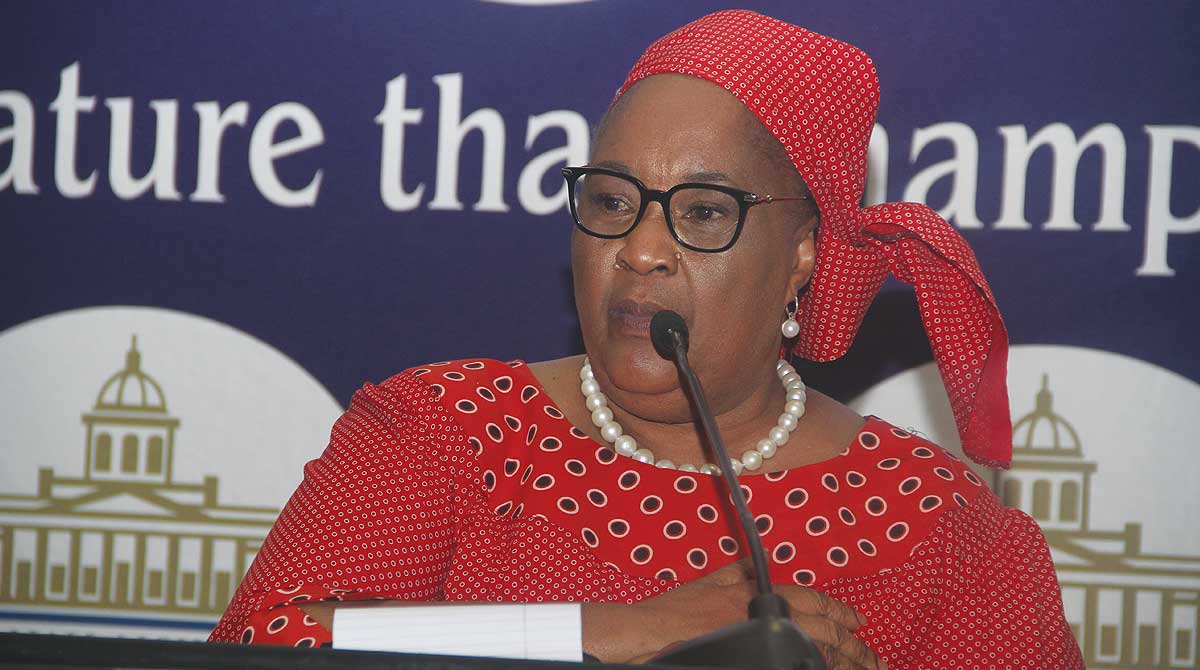 Municipal workers at the once troubled Maluti-a-Phofung (MAP) Local Municipality must be sighing with great relief after the Free State provincial government made strides and ensured payments to third parties in the form of unemployment insurance fund (UIF), pension fund, and medical aid are settled.

Premier Sisi Ntombela, who descended on the town on Wednesday with members of her executive cabinet on a service delivery crusade, said the settlement of the council bill with third parties comes as a direct result of the collective wisdom of her executive.

An elated Ntombela praised the high level of discipline and maturity displayed by both Maluti-A-Phofung Local Municipality and the provincial cabinet in finding an amicable solution to the matter.

MAP was embroiled in running battles with members affiliated to the South African Municipal Workers Union (Samwu) in 2017, wherein the employees downed tools and took to the streets after discovering that the council had not been paying their obligations to third parties.

In some instances funeral insurers rejected workers’ claims due to the municipality’s failure to pay their due monthly premiums.

Others were turned away at the hour of need when seeking medical attention because their medical aid payments were not up to date.

However all this seems to be in the past now since the announcement of this major breakthrough by the provincial government.

Ntombela was in MAP to oversee the official opening of a life-saving water borehole which is expected to bring much-needed relief to residents who for years struggled to access safe drinking water.

The Premier said the construction of the borehole was made possible through collaboration with the provincial water utility Bloemwater.

The borehole is strategically situated in an adversely affected Monontsha area where residents were forced to go for days without water before this intervention.

The installation of the borehole is a long-awaited mediation to the drought stricken Maluti-A-Phofung Local Municipality. Working closely with the Department of Water and Sanitation, the provincial government continues to work tirelessly to find a long term solution to the water and electricity challenge within the municipality.

Ntombela and her entourage of MECs and government officials also took part in the South African Police Services’ campaign against drug use in the Setsing central business district.

The campaign was followed by the provincial cabinet’s visit to the newly installed 200 megawatts transformer in Bolata.

This is expected to curb the frequent power cuts in the area, a challenge that contributed to the workers’ debilitating strike in 2017.

Among her other engagements, Ntombela also paid a visit to Charles Mopeli stadium which is set for a face lift this financial year.

The Premier announced that renovation of the stadium would create 50 job opportunities in the first phase of implementation.

Ntombela, who is an outspoken proponent of women’s rights, paid a courtesy visit to the Klear Vision For Women by Women group based at the sprawling Phuthaditjhaba Industrial Park.

She pointed out that having partnered with the provincial department of social development, health and education, the project could be one of the chief employers in MAP.

Maluti-A-Phofung Local Municipality has over the past few years been rocked by violent protests over service delivery challenges, demands by municipal workers for improved working conditions, and payment of overtime.

The Minister of Cooperative Governance and Traditional Affairs, Dr Zweli Mkhize, in March this year met with the Maluti-A-Phofung Consultative Committee to present a Recovery Action Plan which seeks to fast track the turn-around of the municipality.

Mkhize also used the opportunity to commit government to resolving governance issues that affect efficient running of the municipality with all tools – legislative and otherwise.

“We commit to availing resources needed to restore, refurbish and maintain the ageing water and electricity infrastructure, within the provisions of the Fiscus and related legislation,” he said at the time.