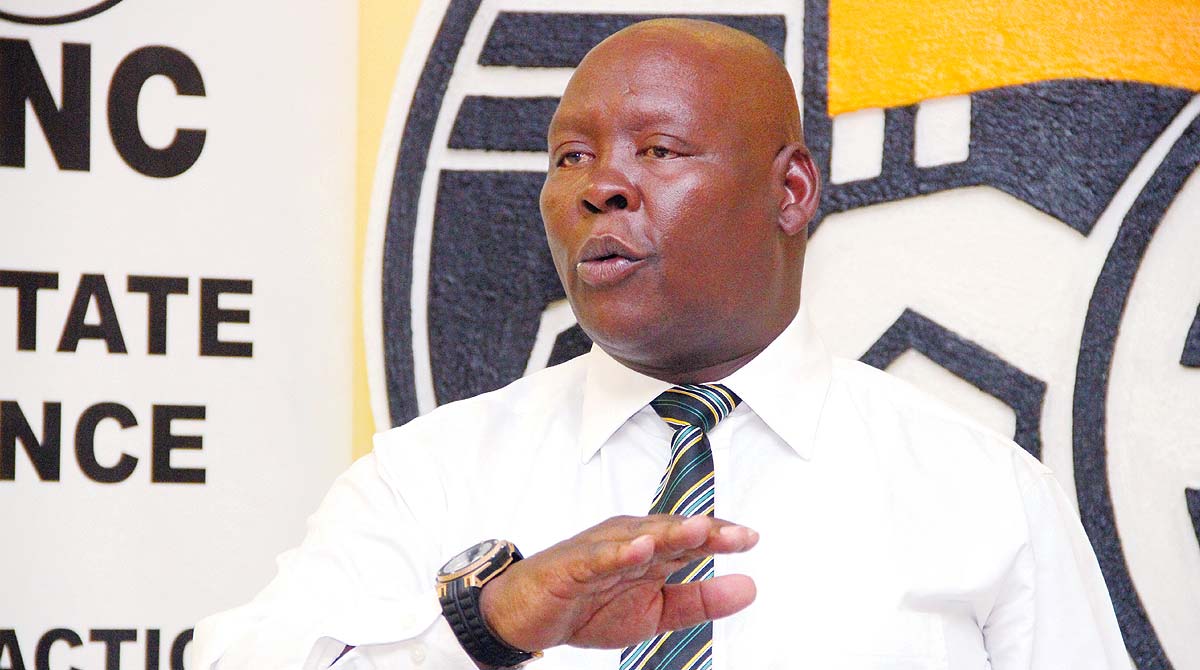 The ‘Men Who Care’ march will commence from 888 Car Wash in the city to Heidedal Police Station at 10am.

The walk was organised by Bloemfontein social activist, Zama Sigwebela.

The initiative follows after a string of shocking cases of abduction, rape, and murders involving women and children in recent weeks in the province.

Touched by this and determined to make a difference, agriculture and rural development MEC William Bulwane, Economic, small business development, environmental affairs and tourism MEC Makalo Mohale and Cogta MEC Thembeni Nxangisa have decided to play their part and lead from the front.

The MECs and other high ranking provincial government officials are expected to form part of the march under the banner “Men Who Care”.

The marchers are scheduled to hand over a memorandum to Free State Premier Sisi Ntombela and Mangaung Metro executive mayor Olly Mlamleli to show their support towards efforts to end attacks on women and children.

Sigwebela said the march is for both men and women wishing to register their concern at the rising incidence of femicide in the province and nationally.

He told The Weekly: “The fight against violence directed at women is not the sole responsibility of females; men need to take a stand and be counted in efforts aimed at building safer communities.”

As for the presence of provincial cabinet members at the march, Sigwebela said it would help put further emphasis on the seriousness of the scourge.

Shocking cases that left tongues wagging in the province include the murder of a woman in Bethlehem on Monday night. A male suspect has since been apprehended.

Another involves the arrest of a 19-year-old student, Obed Leshoro, for the alleged murder of a 21-year old woman in Welkom earlier in the year.

The woman’s charred body was found in an open field in Dagbreek with her breasts cut off and a knife stuck in her neck.

In Boshof, an elderly woman Ina and her husband Isak van der Berg were allegedly tied up before they were brutally beaten up and shot on their farm in Bloubos.

In yet another shocking and gruesome murder, the decomposing body of a young school girl aged seven, Nthabiseng Makhoba, was found in the informal settlement of Caleb Motshabi, known as Dinaweng.

Police said she had been brutally raped before being killed.

Also the lifeless body of a missing Thaba-Nchu girl aged four, was found days after a frantic search by residents and police.

Her alleged killer, a 36-year-old man, was bust in Zone 2, Selosesha after the chilling discovery of her body not far from her home.

Preliminary reports suggested the suspect lured the child with sweets if she walked with him, but she was never seen alive again.

The Mangaung Metro yesterday afternoon held a prayer session attended by women groupings and female workers at the municipality to ask for divine intervention in fighting the femicide.

The occasion was also used to remember all women and children who lost their lives through gender based violence in the city.

Female survivors of violence were also present to share their stories.