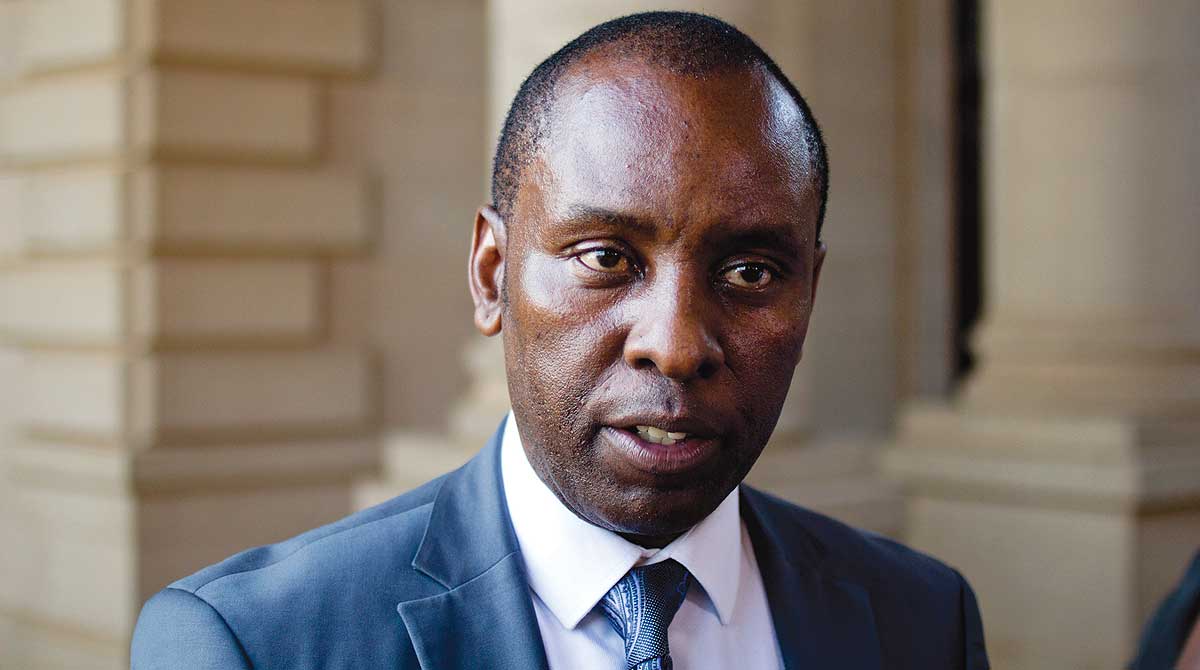 Senior ANC member and former minister Mosebenzi Zwane has sensationally claimed members of the Hawks threatened and forced him to implicate Ace Magashule, then Free State premier, in dubious dealings regarding the Estina Vrede Diary project some years ago.

Zwane, who was the Free State MEC for agriculture and rural development at the time, reportedly made this startling revelation in a letter addressed to the ANC Top Six this week.

In the damning and sensitive letter, Zwane complained bitterly of impropriety, underhandedness, and intimidation by members of the National Directorate of Public Prosecutions (NDPP), otherwise known as the Hawks.

The former mines minister, who is now the parliamentary portfolio committee chairman on transport, told the ANC big wigs that three men claiming to be from the Hawks visited him and tried to coerce him into implicating Magashule in dubious dealings regarding the Estina Vrede Diary Project. Magashule is now the ANC secretary general.

Zwane said in the letter the ‘menacing’ trio told him they were probing the R30 million payments to Estina through the Vrede Dairy Project.

His letter outlines how the three made distasteful references to Magashule as ‘your boss that has sent you’ to implement the project.

The dairy project was established in 2012 on Krynaauwslust farm near the town of Vrede in the Free State as a public-private partnership with Estina, a Black Economic Empowerment company.

Estina was given the land under a free 99 year lease.

However the project has over the years been riddled with allegations of corruption and claims that bank statements show that no payments were ever made to black beneficiaries.

Magashule has often found himself at the centre of untested media claims and fake news over his alleged role in the scheme.

In November 2019 Magashule lashed out at some sections of the media for promoting what he termed ‘factional wars’ and colluding with rogue elements that use state resources to advance their political ambitions.

The seasoned politician was at the time reacting sharply to a widely publicised report by a Daily Maverick columnist depicting a ‘make belief’ arrest of him at his home on December 25.

Prior to this, Magashule had to defend himself against ‘unfounded claims’ of involvement in the coveted murder of a local medico at Preller Square in Bloemfontein carried by the City Press newspaper even though he was never charged.

“This is the fake news that is peddled against me in order to tarnish my dignity and reputation in a coordinated manner. I am aware that there are rogue elements within the police who are used not only to tarnish the entire police force but also to sow divisions within the ANC,” said Magashule at the time.

Zwane’s claims, which are contained in the explosive letter reportedly sent via email to the party’s headquarters, were yesterday given further impetus by the confession of an ANC NEC member who spoke on condition of anonymity to the Free State Weekly regarding contents of the letter.

The source confirmed that ANC leaders are knowledgeable about a sinister ‘campaign aimed at silencing Magashule and castigating his character in the media and finding him guilty in the ‘court of public opinion’.

Magashule’s biggest sin, he said, is his apparent insistence on the need to speedily implement the 54th Nasrec conference resolutions of the ANC on land, state bank and the nationalisation of key and strategic sectors of the economy to push for transformation.

“The conspirators in this unholy alliance only mean to humiliate, discredit and erase Magashule’s outstanding struggle credentials and to clip his political wings,” said the senior party leader.

The source further claimed involved in this ‘nefarious scheme’ are individual members of opposition political parties, working in cahoots with some leaders in the ANC, rich business people, rogue police officers, corrupt court officials, as well as segments of local and foreign based intelligence bodies.

“It is a moneyed and resourceful clique which is behind this sad state of affairs. Their mission is to frustrate radical economic transformation and set the country firmly on a path towards a free market system even though we have seen how money has proven troublesome for the ANC in influencing party decisions and outcomes of contests,” he noted.

Now with Zwane coming out to lay bare his alleged torment at the hands of the ‘Hawks’, Magashule’s suspicion over the misuse of organs of state to advance political battles can no longer be taken lightly.

In his letter, which several weekend newspapers claimed to have seen, Zwane said upon arrival at his home the three Hawks told him they had come to take his statement on the Vrede Diary Project.

He said they later tried to force him to either choose between implicating Magashule in the ill-fated deal or face prospects of being sent to jail with him.

The men also told him they had come to see him pertaining to the R30m paid to Estina through Vrede Diary, he claimed in the letter.

“They said they know that I was instructed by my former boss, the former premier of the Free State comrade Ace and if I was not prepared to give them the statement we would both go to jail.

“The reason I am raising this matter is that I want to bring to my organisation the fact that I am always ready to co-operate with authorities … that I am being harassed by people masquerading as law enforcement and threatening my life, forcing me to implicate comrade Ace,” Zwane reportedly wrote.

Approached for comment on Zwane’s purported letter last night, ANC national spokesman Pule Mabe told the Free State Weekly he is not aware of such.

However, news wire IOL has quoted Mabe as confirming receipt of Zwane’s letter and promising to comment on its contents after studying it.

“We can confirm that a letter has been received from comrade Zwane. However, party officials are dealing with the matter and once processed, we will be able to convey full details,” he was quoted as saying.

ANC Free State spokesman Thabo Meeko declined to comment on the matter, saying it falls within the jurisdiction of the national office of the party.

“As far as we know none of our members has ever visited Zwane pertaining to the Vrede investigation at any given time, so we are not in a position to comment on his said email and its contents,” indicated Steyn.

Zwane has reportedly confirmed writing a letter to the ANC top brass but declined to comment further.

Last November, the National Prosecuting Authority (NPA) said it had obtained all bank statements – including those from Dubai – related to the involvement of the Guptas in the Estina Vrede Dairy Farm project.

The matter was summarily withdrawn in 2018 after the NPA cited lack of assistance from United Arab Emirates and India in obtaining documentation needed in probing the deal.

At the centre of the probe are claims that R150 million was looted from the project that was meant to uplift impoverished and emerging black farmers in Vrede.