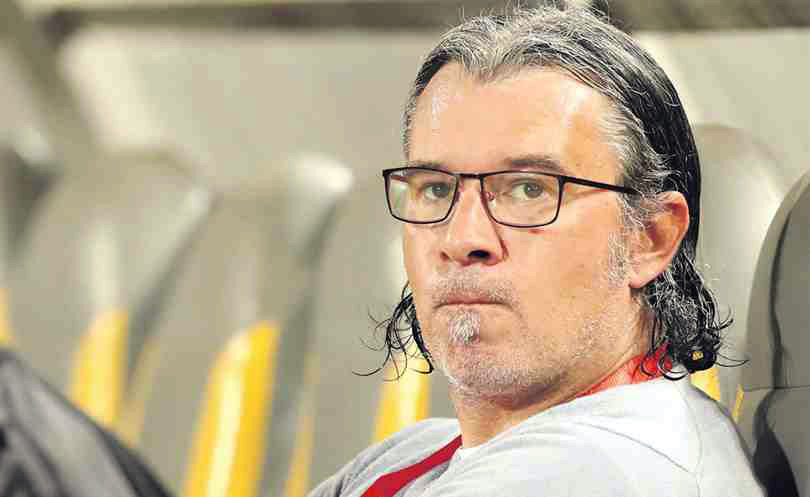 Free State Stars face yet another daunting task as they travel to Bloemfontein with the hope of securing three crucial points needed to steer them away from the dreaded relegation zone.

Ea Lla Koto take on Bloemfontein Celtic is a much-anticipated derby that sees Phunya Sele Sele go in as darlings to collect maximum points. It goes without saying that Stars, since their amazing run which saw them win Nedbank Cup Challenge in 2016/17, have run short of steam in the Premier Soccer League (PSL).

This unfortunate run led to the former coach who guided them to Cup victory, outspoken Luc Eymael parting ways with the club. But even prior his departure, Ea Lla Koto where still struggling, either losing matches which they should have won or sharing the spoils. As a result, the Bethlehem outfit find themselves seated on 15th position on the log after 19 games they played so far during the 2018/19 season.

Heading into the derby, Stars are without doubt under pressure to do well, a win preferable as a draw would not see them move from their current position.  Their loss against Chippa United last Friday added salt to the wound as coach Nikola Kavazovic would have hoped for a better result. However, this was not to be as Chippa United had other plans.

Going into the match on Sunday at Dr. Rantlai Molemela Stadium, it`s highly unlike that coach Kavazovic will get one past Lehlohonolo Seema and John Maduka, the Celtic caretaker coaches who`ve done well since Steve Komphela`s departure as head coach.

Under their leadership, Celtic – despite ongoing off the pitch challenges – have guided the team into the Nedbank Cup Quarter finals, with Tshegofatso Mabasa finding his mojo again.

Kavazovic has managed to guide the side to only one win in four league matches since taking over at the helm. On arrival at the club in December, the Serbian coach confirmed that his mandate this season is to help Stars avoid relegation.

However, under his guidance, Stars lost to Bidvest Wits, beat Maritzburg United and got humiliated by Cape Town City.

With rumours of a potential sacking of the Serbia coach already making rounds, it goes without saying that Stars are in for the fight of their life if they have any chance of escaping relegation at the end of the season.

Speaking ahead of the game, Seema, who’s decided to keep the same style of play left by Komphela despite having the upper hand, said derbies were never easy.

The coach said it would be ill-disciplined for him and his troops to go into the match with the assumption that they`ve won it already.

“Matches are not won before the game is played…They are won on the field of play and that`s what we plan to do on the day,” he noted.

Previously, Stars have gotten the better of Celtic, winning their last three encounters. However the script could be re-written come Sunday as Phunya Sele Sele are fan favorites, thanks to consistent performance which seems them 5th on the log after 20 games played, collecting 29 points.

Not writing Stars off, Seema noted that this year’s league was by far the most competitive and most unpredictable in recent years. “This league has not only been unpredictable but also very competitive and therefore anything can happen. Gone are those days when one could easily predict who’s going to win or lose.”

The under pressure Kavazovic told The Weekly in a telephonic interview that collecting maximum points was their target.

“It`s an open secret that we need nothing less than three points to get out of the undesirable position we find ourselves in and that`s what we are going there for, nothing else,” said Kavazovic.

Aware of the high moral Celtic go into the match with, including home ground advantage, the Serbian noted the tie was going to be extremely competitive.

“They are going to come at us, and we must be prepared and solid at the back for that. They are playing with extreme confidence and that makes them dangerous, but we are going to prepare for them accordingly,” he added.