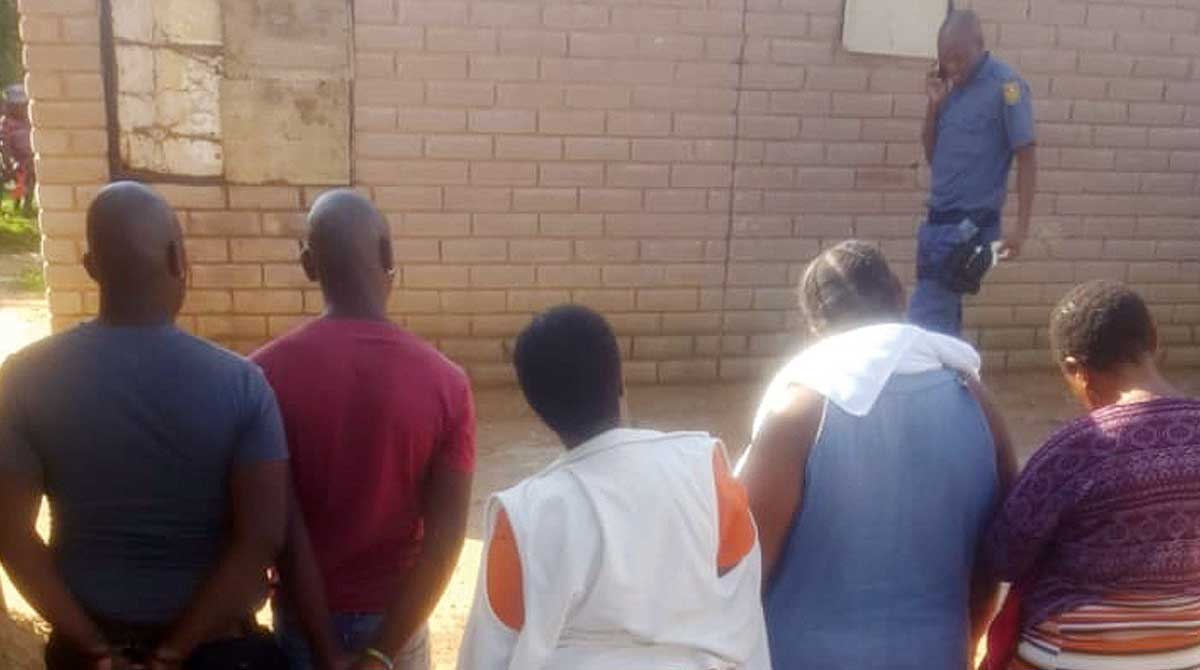 Free State police are believed to have launched an extensive investigation to establish the market and key players in a syndicate said to be channelling antiretroviral drugs from the public health system and selling them on the black market.

The investigation into the racket believed to be worth millions of rands, follows at least three successful busts of health officials believed to be stealing the life-saving drugs and selling them to private individuals in what is said to be a lucrative underhand business.

In the latest incident, police arrested two health officials and a clinic committee member from Khothalang Clinic in Virginia on Wednesday. The trio were found with

Police spokesperson Brigadier Sam Makhele would not shade more light on the issue saying the issue is an intelligence matter still under investigation.

“It’s an intelligence matter and I cannot divulge more on it,” said Makhele in a brief telephone call yesterday.

“Our investigators are still working on the matter and I cannot saying anything before they finalise their investigation,” he added.

Unconfirmed reports say illegal gold miners who spend long periods of time underground and are cash-rich, could be part of that illicit market as well as private health practitioners who sell the drugs to their patients. It’s also believed that some people who do not want to use the public health system where the drugs are issued for free, also rely on the stolen ARVs.

Pressed on if the police had any leads on the existence of an illicit market for ARVs, Makhele would neither confirm nor deny this choosing to say he can only speak on that when the investigation is complete.

“I do not want to presume, hence I said I can only speak when the investigation is done,” he noted.

Known for their big spending and penchant for women, zamazamas are active in the Goldfields area around Welkom in the Free State as well as Gauteng and the Northern Cape.

Because of the unhealthy living conditions and the risky sexual behaviour the zamazamas are exposed to, most of them fall ill while working underground but reluctant to come out and seek medical treatment, hence they resort to stolen medication including ARVs.

In a statement, the Free State health department said the tablets in this week’s bust were allegedly stolen and handed over to “Local Contacts” who were to allegedly transport them to Kimberley for sale.

“No further details have been shared in this regard whilst the officials languish in police cells,” read part of the statement.

The accused being held at the Meloding Police Station ahead of their first court appearance.

The statement quotes an infuriated Montseng Tsiu, the health MEC as saying she was shocked by the news of yet another ARV bust.

“It is unacceptable that the people who are entrusted with the provision of care… become the one’s that scheme and plot to steal and defraud the sick and vulnerable people of the much needed life-saving drugs. I trust that the law enforcement agencies will secure all the necessary evidence and present a solid case for a long term incarceration of the offenders,” said Tsiu.

Provincial health department spokesperson Mondli Mvambi said by telephone they are concerned about the spike in the cases and are trying to find where the loopholes in the system are.

“We worried about the spike and we want to know what’s happening in the health system. We want the drugs to be available in public health facilities where they are issued for free. They should not be sold on the black market and we hope the police will be able to get to the bottom of the matter and help save lives,” indicated Mvambi.

South Africa has over seven million people on ARVs and about 285 000 of these are in the Free State.

In the first bust to be recorded this year, two suspects aged 33 and 45 were arrested at the Bloemfontein Railway Station on January 9 after police acted on a tip-off and found the pair with 1 068 bottles of ARVs. With an estimated value of R1.2 million, it’s believed the drugs were to be delivered to a hospital in Zastron.

The 33 year-old man is said to be an employee of the Department of Health based at Robert Mjobo Clinic, Lady Grey in the Eastern Cape Province.

The pair was found with boxes and bags covered with a blanket in the boot of a BMW sedan with Eastern Cape registration numbers which they were travelling in. These boxes and bags had bottles containing antiretroviral tablet brands such as Atroiza, Odimune and Tribuss.

On January 23, four suspects were arrested in Thabong, Welkom on their way from Kroonstad. They were found with two boxes containing an assortment of ARVs but failed to explain why they were carrying such quantities of the drug.

The three men and a woman aged between 31 and 43, had 160 tablet containers inside two boxes in the boot of their car.

The suspects are facing charges of contravening the Medicines and Related Substances Act.

Meanwhile, the Minister of Health, Dr. Zweli Mkhize, is expected to launch the new female condom MAXIMA, at Bekezela Primary School in Zamdela, Sasolburg at 10am tomorrow. The female condom is part of a strategy to curb the spread of HIV, Aids, sexually-transmitted infections, unwanted and teenage pregnancies.