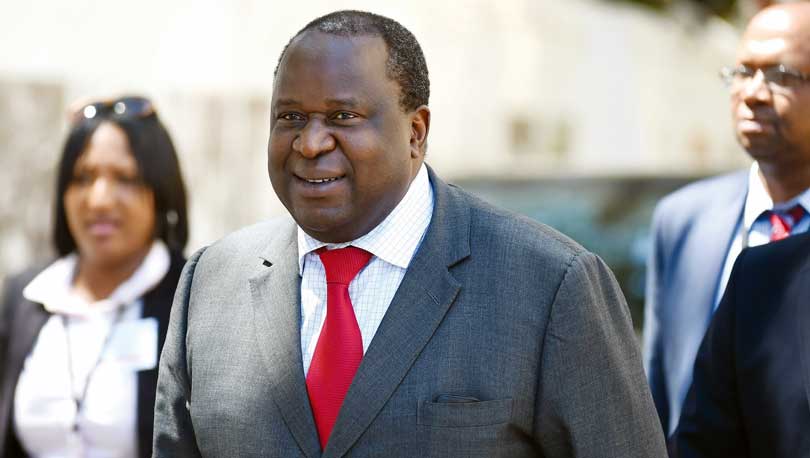 Embattled power utility Eskom is set to get a R23-billion bailout per year for the next three years, but this financial shot in the arm for the cash-strapped utility comes with tough conditions, finance minister Tito Mboweni revealed in his maiden Budget Speech in parliament on Wednesday.

The minister said the financial assistance to Eskom, which had asked government to take over its R100-billion debt, was on condition that an independent Chief Reorganisation Officer (CRO) was appointed to oversee the power utility’s rescue.

“The fiscal support is conditional on an independent Chief Reorganising Officer being appointed by the Ministers of Finance and Public Enterprises (Pravin Gordhan), with the explicit mandate of delivering on the recommendations of the Presidential Task Team. We will make announcements in this regard in the next coming weeks,” Mboweni explained.

He said Gordhan and the strong team he has built in his department would continue to exercise close and ongoing monitoring of Eskom.

Mboweni emphasised that the government was not taking on Eskom’s debt, saying the money must ultimately be paid back.

He noted appointing the CRO to oversee the utility’s rescue was more like putting the power utility under curatorship, saying government could not afford to continue pumping money into “terrible” state owned enterprises (SOEs).

He added he had already mentioned in October that “we would have no holy cows when it comes to our approach to state owned enterprises.

The state was also eviewing the framework for SOEs’ support and that the state revised the contingency reserve upwards to R13-billion for 2019/20 to respond to possible requests for financial support.

Mboweni said the financial support will be budget neutral as far as possible and that in the past financial year, total guarantee utilisation increased by R51.1-billion.

Eskom used an additional R50-million of its R350 billion guarantee in 2018/19, Denel was granted a further R1-billion and South African Airways, which has not made profit since 2011, saw its guaranteed debt increased by R6.2-billion.

The minister praised Land Bank, which he said had repaid its debt, reducing state guarantee exposure.

Mboweni said it was time to tighten the state guarantee rules and that If an SOE applies for a government guarantee for operational purposes, he will be required to appoint a CRO in concurrence with National Treasury and its bondholders.

He further noted the CRO will undertake a full operational and financial review, saying when banks need state support a curator was appointed, and that when provincial and municipal finances were in disarray, government could take over the running of the administration.

“These rules should also apply to all SOEs. Cabinet is considering a proposal to end the issuing of guarantees for operation purposes. Expiration dates on guarantees will also be strictly enforced. As the president [Cyril Ramaphosa] announced, strategic equity partners will be found where possible.” – Citizen