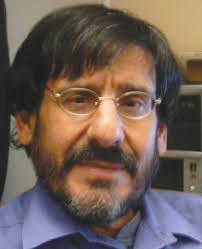 Anti-corruption campaigns are normally good for democracy. But they can threaten it: this happens when the people claiming to root out corruption are themselves corrupt. One recent example is Brazil, where an elected president, Dilma Rousseff, was forced from office by politicians who are far more corrupt and were covering their own tracks. Something similar seems to be afoot in South Africa.

One recent sign that not all fights against corruption are principled is an unexpected shift in strategy by the Economic Freedom Fighters (EFF), the country’s third-biggest party.

The EFF, whose founding leaders were either suspended or expelled from the governing African National Congress (ANC) at the behest of then president Jacob Zuma, won the hearts of sections of the middle class when it joined the campaign against Zuma and his faction. Its brash style, designed to win maximum media attention, struck a chord among a middle class angered by Zuma’s patronage politics.

Now it has changed sides and is using the same style of politics to go after Public Enterprises Minister Pravin Gordhan, who plays a key role in President Cyril Ramaphosa’s fight against corruption.

This is part of a wider shift in approach in which it now says in public what the Zuma faction would like to say but which ANC discipline will not allow. It has supported former head of the South African Revenue Service Tom Moyane, whose dismissal was recommended by a judicial commission of inquiry after hearing evidence that he had caused the Revenue Service huge damage in the service of Zuma’s faction. It has backed VBS Bank, which was wound up after an inquiry found it had been brought down by looting.

The EFF’s reasons for switching sides are not mysterious. Its leaders are accused of benefiting from VBS and the party has received money from a company accused of benefiting from the illicit tobacco trade: one of Moyane’s goals was to close down the revenue service’s investigations of this trade. So, like the Zuma faction itself, it is diverting attention from its own dealings.

This confirms what the middle-class enthusiasm for the EFF ignored. Its campaign against Zuma was not a fight against corruption but payback for driving them out of the ANC. Before then, the EFF’s leader, Julius Malema, had been a loud supporter of Zuma and was accused of much the same behaviour. Now that Zuma has gone, he and the EFF can return to defending the behaviour that once made them Zuma allies.

More interesting – and ominous – is how they are going about it. During the last period of Zuma’s presidency, his faction’s routine response to criticism of their links to key figures in the state capture project, the Gupta brothers, and campaigns against corruption, was that the critics were lackeys of “white monopoly capital”. The EFF has not abandoned this theme but has added one: instead of denouncing the anti-corruption campaign as a white plot, it has tried to turn it on those in the ANC who pose a threat to them by accusing Gordhan of corruption.

Their first salvo was an attempt to link him to the Guptas by suggesting that, like recently resigned finance minister Nhlanhla Nene, he met them and did not disclose this. Later, they claimed he and his daughter Anisha benefited financially from their links to government.

This campaign may not be all the EFF’s own work. Its many admirers in the media like to portray it as immensely powerful despite the fact that its share of the vote has never reached 10% – they suggest that it has an army of sources feeding it information.

More likely is that ANC factions use the EFF to fight their battles by leaking it information about their opponents. The Zuma faction may also have leaked to the main opposition, the Democratic Alliance, the claim that Ramaphosa or his son received money from Bosasa, a security company which does business with the government. If, as is probable, the faction is leaking the information to the largest two opposition parties, then it has decided that instead of denouncing the anti-corruption campaign, it will use it against Ramaphosa, Gordhan and their allies.

The obvious reason for this switch is that it is far more plausible. Anger at corruption is deep and widespread, and so blaming white business for the campaign against it persuades no one outside the faction. But precisely because many people are appalled by corruption, painting politicians who say they are fighting it as corrupt wins some sympathy from media and citizens who are more than willing to believe that all politicians are on the take. This is particularly so because the baleful effect of money on politics is not restricted to Zuma and his faction, and many citizens know this.

If this strategy gains momentum, it could threaten democracy. Anti-corruption campaigns are essential to democracy – when they seek to replace corrupt people and practices in government with alternatives. When they signal that all office holders are corrupt, they breed cynicism that weakens or ends democracy. Why bother who wins and loses if all politicians are corrupt? Why fight for clean government when no one will make it happen? But that does not deter those who smear their opponents – democracy is probably an obstacle for them anyway.

Fortunately for democrats, the new campaign is likely to fail. The evidence so far suggests that Gordhan has no case to answer and most voters will probably see this. Ramaphosa does have some explaining to do but voters are likely to see a president who did not know about an untoward payment and then rectified it as a better bet than one who tries to wreck government to hide those payments.

The EFF is a long way from challenging for control of a single province, let alone the country, and so the only plausible winner is the ANC’s Zuma faction, which is discredited among voters: if it took over the governing party, it would probably lose the next election in 2019.

But unless public debate distinguishes clearly between politicians who serve themselves and those who serve citizens, and continues to insist that corruption can be controlled, those who peddle cynicism to protect themselves will continue to threaten democracy.