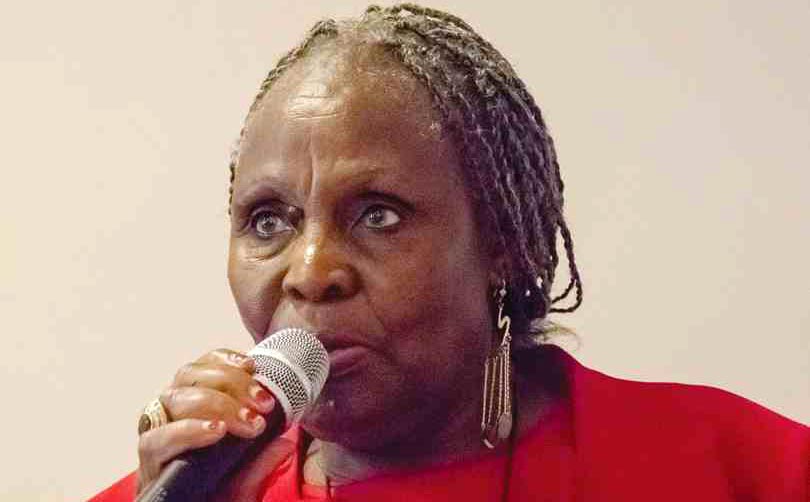 While Dorothy Masuka’s name is synonymous with timeless classics and at the mention of her name her melodic smooth voice comes to mind, it is her life that tells the story of a strong, perseverant woman.

The veteran jazz singer died at the age of 83 surrounded by family on Saturday.

Even though she was born in Zimbabwe, Dorothy played a vital role in the liberation of South Africa through music. Even more iconic was the fact that it was the same music that liberated her.

The Hamba Nontsokolo hitmaker, who was besties with people like Miriam Makeba was always a star. If anything the talent scout who sought her out at 16 did the world a favour by giving her a platform to shine her star.

From the minute Dorothy stepped into her calling, nothing could stop her. Not politics, not apartheid, not death threats and certainly not being exiled.

No matter where she ended up, Dorothy never dimmed her light for anyone. Even when she had to “hang” her mic temporarily to focus on her family and her air hostess career, her light continued to shine.

Dorothy wrote her own music and always managed to capture a moment in time, something many artists to this day struggle with.

She created magic with her words and voice, and her songs always managed to hit home because they came from a special place for her.

Whether she was infusing happy, jazz vibes into her songs or singing sweet mellow love songs, Dorothy made timeless music that will keep her name alive.

It is also the same music that will remind people to never dim their lights. -Tshisalive