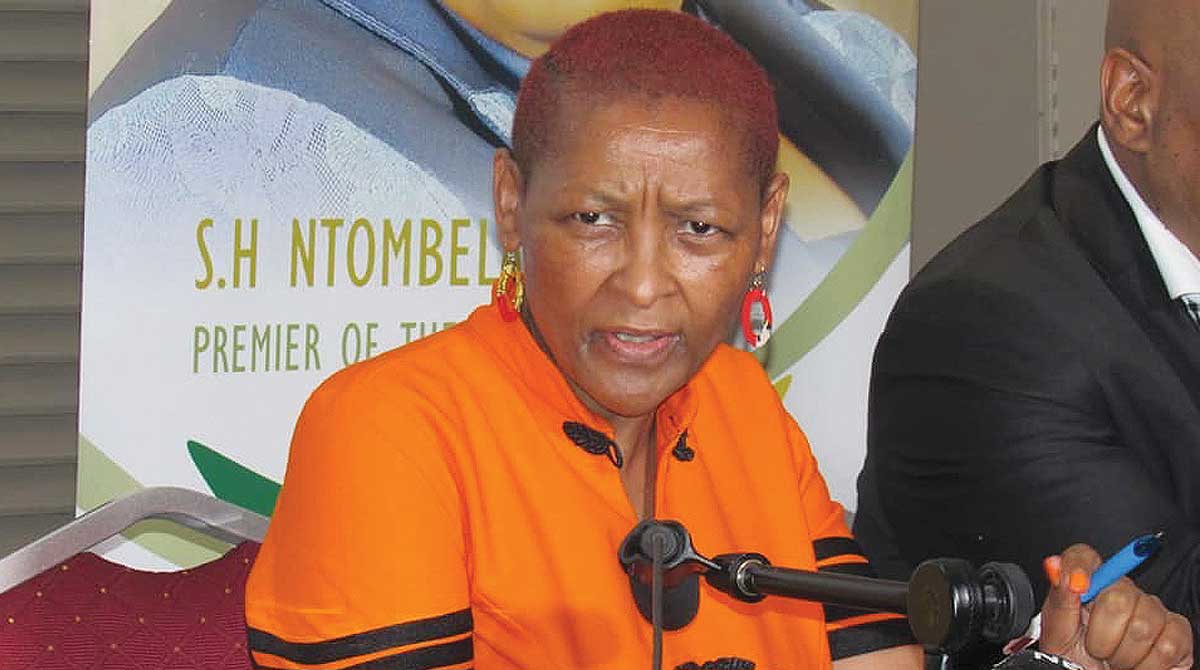 Social Development MEC Mamiki Qabathe has urged communities not to give money to people living on the streets saying such actions make it difficult for government to try and rehabilitate them.

Mamiki said this during a press conference held by the provincial executive council in Bloemfontein on Wednesday to announce the Free State plan to fight the corona virus pandemic.

She was responding to a question from journalists on what her department was doing to ensure the homeless are protected from a potential rapid spread of the COVID-19 which has since been declared a national disaster in the country. The number of people living on the streets in Bloemfontein has increased in recent years but Qabathe blamed this on communities giving them money, among other reasons.

“Stop giving money to people that are living on the streets,” noted Qabathe.

“I am calling on all of us to help one another… You would know that we have made so many efforts… to take those that are on the streets and tried putting them in shelters. But some of them do leave the shelters and go back to the streets… because at the shelter they are not given money, but a shelter. And because our communities are giving them money, they go back to the streets,” she added.

Qabathe stressed that in the face of the COVID-19 which has claimed thousands of lives across the globe, it’s important to help educate those living on the streets about the disease and give them something to protect themselves rather than money.

“Let us continue encouraging each other that, when we meet those living on the streets, let’s help them. If you are coming from a shop, and you see them outside, rather buy a sanitiser and give public education. The Department of Social Development cannot do it alone. It needs all of us.”

Qabathe explained among some of the measures put in place by her department to help contain the disease, all Early Childhood Development Centres (ECDs) were closed from Wednesday until April 15.

Visits to all shelters in the province will be minimised, particularly old age homes, centres for children in conflict with the law and child care centres.

“We have also put on hold applications for travelling for children who are under foster care,” said the MEC.

She added all pay-points at the South African Social Security Agency (SASSA) will have saniters and will run public education programmes on hygienic lifestyles.

All the Social Development staff, according to the MEC, are encouraged to wash hands at all times.

She said soap and water remain the best affordable intervention. “Our social workers are combat ready to give counselling where there is need. This is a national disaster and it needs all of us to put hands-on-deck and help on the challenges that we are facing.”

Qabathe However expressed disappointment that some parents wanted their children to continue going to the ECDs despite government efforts to try and contain the pandemic.

It would be dangerous for children to continue going to the ECDs but they should instead stay home and have minimum contact with other children.

“The challenge that is in the country now is manageable. It depends on how we respond to it and how we help one another keep the children at home, that way we will minimise the spread as much as we can,” she said.