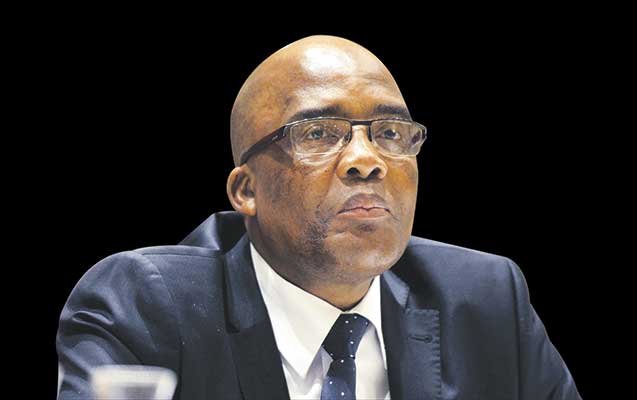 During our protracted struggle against apartheid and colonialism, our most difficult challenge was not the apartheid system and its enforcers but the Askaris, former freedom fighters who had been turned into renegades working with the system.

They were in our ranks and posed lethal threat.

The analogy here is that the most dangerous enemy is the one that pretends to be with you, to be your ally. In this regard, we welcome the posture taken by the Free Market Foundation (FMF) on the National Health Insurance (NHI).

Jasson Urbach, a director at FMF, writes in defence of the Hospital Association of SA (Hasa). Urbach quotes two scenarios that were provided by Hasa chairperson Melanie de Costa.

The first assumes that the state will not purchase any private hospital services under NHI and based on this, a conclusion is then made than 96600 jobs would be lost. Furthermore, R31billion would be lost from the country’s gross domestic product.

The second scenario relates to the effect that price control would have at levels of 23% lower than they are at present. This would result in 132000 jobs being lost, it is claimed.

Urbach further argues that NHI is not affordable, estimating it would cost R446.8 billion in 2018 prices.

While we may not know if Urbach had been mandated by Hasa to write, arguing against the NHI, you need not be a rocket scientist to know why he is defending the indefensible. The assertion that private health care is expensive is not my subjective view but one of the interim findings made in the Health Market Inquiry headed by former Chief Justice Sandile Ngcobo.

Now let me demolish the myths that are peddled as universal truths.

Myth Number 1 is that the state will not purchase private health services. We have said NHI is a scheme to pool resources to enable all South Africans to access health care in private and public health facility without paying at point of service.

We have repeatedly said primary health care is the foundation of NHI, meaning that when it comes to the provision of health care, the first point of call will be either a clinic or a GP or other allied health non-specialists. The NHI would enable many more South Africans to access services in public and private health care when needed.

Myth Number 2 is that jobs would be lost because of NHI. Nothing could be further from the truth. How can jobs be lost in the health-care system when we have designed a plan to provide more patients? How can a business that has more clients require less employees? This is a fallacy.

Myth Number 3 is that if we make private health care affordable, 132 000 jobs would be lost. Implied in this argument is that 132000 are maintained because of the exorbitant prices in private health care. Surely this cannot be right. It is not sustainable. This is the reason you see many medical aid schemes reducing benefits but increasing premiums each year. This is why many working people opt out of medical aid schemes because they cannot afford these huge rates. We will introduce price regulation but the net effect on the private health care system would not be negative because we would be treating more patients, unlike now where only 16% of the population are treated who have medical aids.

Myth Number 4 is that NHI is unaffordable. There is a figure of R446.8bn thrown around to create an impression that some research was done to inform this calculation. We could say certain things are too precious to put a price tag on. When we decided to roll out ARVs, our detractors told us the programme is too expensive and the country cannot afford this. Now we are praised for having increased life expectancy by more than 10 years because of our comprehensive ARV programme. We dispute the argument of affordability on two factors. The first is that Primary Health Care would be the foundation of NHI. We would focus on prevention of diseases, promotion of a healthy lifestyle and when people get sick, their first point of call would be at a primary health facility not at a tertiary hospital or specialist where costs are huge. High prices can only be justifiable in referral centres which deal with complex medical problems. The second point is that we would not accept ridiculous prices of private health-care services.

But we welcome the FMF and Hasa for coming out in the open and not resort to Askari tactics, of pretending to be proponents of NHI, as some of those objecting to NHI have done.