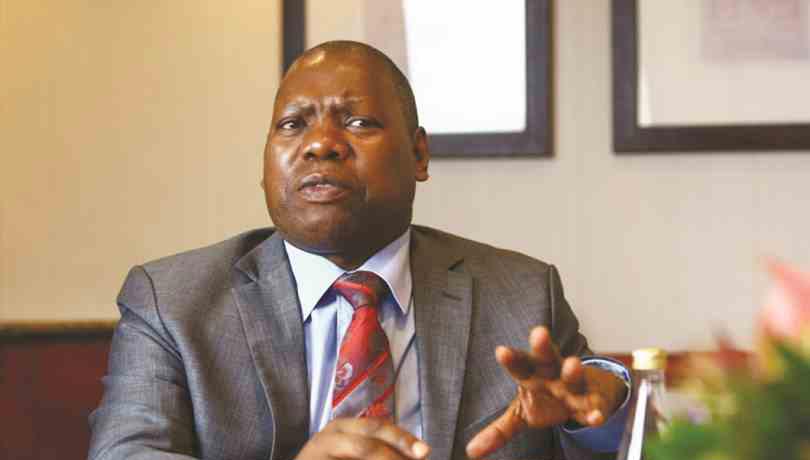 South Africa has a history of inequalities arising from institutionalised and brutally enforced racial discrimination, where some of the cultural, religious and linguistic communities were marginalised, while others enjoyed privileged support from the oppressive apartheid government, a minister has said.

However, the advent of Constitutional democracy ushered in an exciting and much needed platform for dialogue on diversity in the country, Cooperative Governance and Traditional Affairs minister Dr Zweli Mkhize said on Monday.

Addressing the 4th National Consultative Forum of the Commission for the Promotion and Protection of the Rights of Cultural, Religious and Linguistic Communities (CRL) in Pretoria, Mkhize highlighted the need for the attainment of national unity, peace, stability, tolerance, friendship and respect among ordinary citizens.

According to a statement issued by the ministry, Mkhize regarded the conference as a soul-searching forum for the people of South Africa, regarding how far they have gone in promoting the rights to culture, language and religion for their developmental benefits.

“As we mark 25 years of freedom this year, we reflect on the achievement scored in attaining reconciliation and in particular, in promoting unity in diversity and equality with regards to our religious, culture and linguistic rights,” he said.

The minister noted he believes the CRL needs to bring South Africans together to discuss these issues and ensure that the country’s languages, culture, traditions and religious beliefs are respected and celebrated in line with the constitution and human rights ethos.

The mandate of the organisation, as stipulated in CRL Rights Commission Act, is to promote respect for and further the protection of the rights of culture, religious and linguistic communities and to promote peace and reconciliation.

The commission also seeks to create an opportunity for communities to formulate requests and recommendations for implementation by the relevant authorities.

The CRL further deals with issues that are pivotal to the achievement of cohesion, social stability and national reconciliation.

Mkhize, however, argued South Africa could not talk about the promotion of its cultures, without addressing some defective aspects such as the wanton abuse of human rights that occur in the name of culture, particularly regarding women and girl children.

“As we celebrate our cultures and traditions, we also condemn certain practices such as the abuse of women and children under the cloak of culture. Practices which deny women their right to freedom, economic freedom and participation, dignity and self-expression have no place in our democracy.

“We should thus unite in condemning child marriages and practices such as ukuthwala which are done in the name of our cultures. All cultures should protect women and children and the vulnerable,” noted Mkhize.

He added the ministry was currently working closely with traditional leaders to find ways of curbing the high death rates of initiates in the country, particularly in the Eastern Cape.

Cultural alienation was at the root of the many socio-economic challenges experienced by the black majority in South Africa, especially with languages.

Institutions such as the Pan South African Language Board and the CRL have a critical role to play to elevate all the other official languages to equal status with Afrikaans and English, the minister pointed out.

“Debates and deliberations should be ready to confront the demon of racism, inculcate the equality of all cultures and racial groups in our country and ensure that in celebrating our diversity, we eliminate any notion of superiority of one race over others or the inferiority of any racial groups.”

Mkhize said the CRL is better placed to assist in taking debates forward and galvanising all actions towards eliminating racism and prejudice.

Government had introduced the Prevention and Combating of Hate Crimes and Hate Speech Bill, which is being processed by the Justice and Correctional Services Portfolio Committee.

The CRL Rights Commission has also faced a difficult task of coordinating debate on religious diversity and also to respond to community complaints about unacceptable practices by some church groupings. This includes incidents of some churches spraying people with dangerous aerosol sprays, forcing them to drink vehicle fuel, and eating grass or rats.

Mkhize urged society as a whole not just government alone to unite in order to protect people from any kind of abuse or psychological, physical, financial, sexual or any form of exploitation.

In building a nation that is united in its diversity, all religions should be afforded equal status, and more should be made to feel marginalized and inferior, particularly indigenous African beliefs which are inextricably linked to the way of life of the majority.

He added South Africa achieved a key milestone at a national conference held in Johannesburg in 2002, where it was resolved that indigenous African beliefs systems which were subverted or suppressed by apartheid colonialism should be revitalised, developed and promoted.

He further hailed faith based sectors and traditional leaders for their contribution to the government’s social cohesion, moral regeneration and substance abuse programmes.

“These sectors, and also the on-governmental organisations, play a key role in promoting health awareness and initiatives such as HIV/ AIDS campaigns. Government alone cannot achieve social cohesion. We also acknowledge the contribution of the country’s cultural industries sector – our musicians, writers and others for preserving and helping to promote our cultures and traditions, and in promoting understanding and appreciation of various cultures.

“It is through partnership with key stakeholders such as those that are part of the CRL family, that can move forward meaningfully and in a sustainable manner,” said Mkhize.