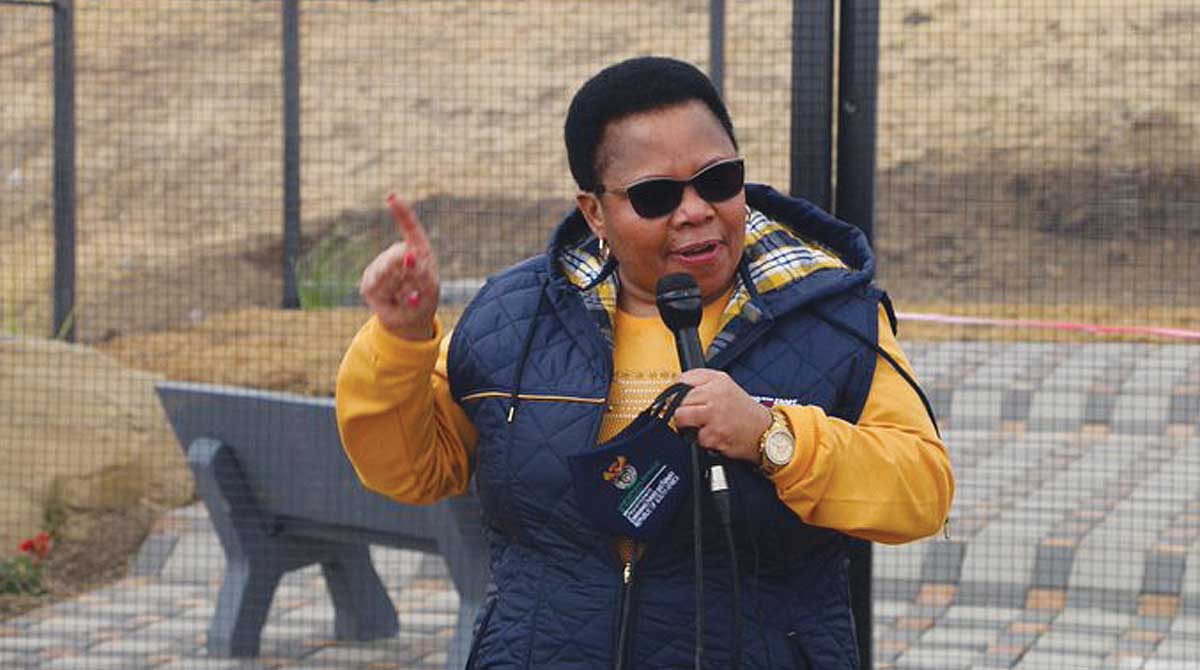 The Deputy Minister of Environment, Forestry and Fisheries, Ms Makhotso Sotyu, on Tuesday opened a memorial garden in Thaba Nchu to remember all South Africans who have fallen to Covid-19 and honour frontline professionals and workers who worked tirelessly to treat the pandemic.

The opening of the memorial garden was part of the National Arbour Month campaign launch.

The annual campaign is coordinated by the national Department of Environment, Forestry and Fisheries in partnership with Total South Africa.

This year’s theme is “Forests and Biodiversity,” signifying the importance of protecting and conserving the country’s biodiversity as the backbone of our economy and livelihoods.

“September is also heritage month and as we celebrate Arbor Month, the department also focuses on the country’s champion trees which include some of the oldest, largest and culturally significant trees.  National Arbor Month is an opportune time to call on all South Africans to plant indigenous trees as a practical and symbolic gesture of sustainable environmental management,” said Sotyu.

She noted the activities for the 2020 National Arbor Month campaign would focus on remembrance and commemorative tree planting and greening of settlements as well as creation of remembrance gardens.

The deputy minister also handed over 28 skip bins to Mangaung Metropolitan Municipality as part of the launch of this year’ campaign.

“Skip bins are definitely the best solution for the temporary storage of waste in the communities to protect the human health well-being as well as the environment,” she explained.

She added the protection of forests is key to a healthy environment, including the reduction of greenhouse gases through the absorption of carbon dioxide emissions from the atmosphere.

“As highlighted by the Paris Climate Agreement in 2015, forests and trees play a crucial role in reducing the accumulation of greenhouse gases in the atmosphere. Acting as carbon sinks, they absorb the equivalent of roughly 2 billion tonnes of carbon dioxide each year,” said Sotyu.

The deputy minister cited deforestation as the second-leading cause of climate change after burning fossil fuels and accounts for nearly 20 percent of all greenhouse gas emissions – more than the world’s entire transport sector.

“Forests and trees outside forests are vital for sustainable development. Forests occupy one-third of the Earth’s surface, and about another half of the total remaining land area features sparsely scattered trees. These renewable natural resources are crucial for tackling many of the issues identified in The Future We Want, such as poverty, food security, climate change, biodiversity, sustainable production and consumption, and social inclusion, particularly meeting the basic needs of vulnerable people and ensuring their well-being.

“As part of efforts to address inequality in the forestry sector, the government is implementing a B-BBEE programme in the Amended Forest Sector Codes, which have set target for inclusive participation including women,” added Sotyu.

While trees remain a source of energy in many parts of our country, it was important to remember the importance of particularly indigenous species. “In a water-stressed country such s ours, the removal of invader species contributes to water security.  These alien species, in turn, create jobs through the felling of the trees, the processing of the wood, and the manufacture of items such as curios and furniture.”

Sotyu encouraged all South Africans to plant at least one indigenous tree this month. “It will promote greening, increase habitats for tree-dwelling species, and contribute to cleaner air.