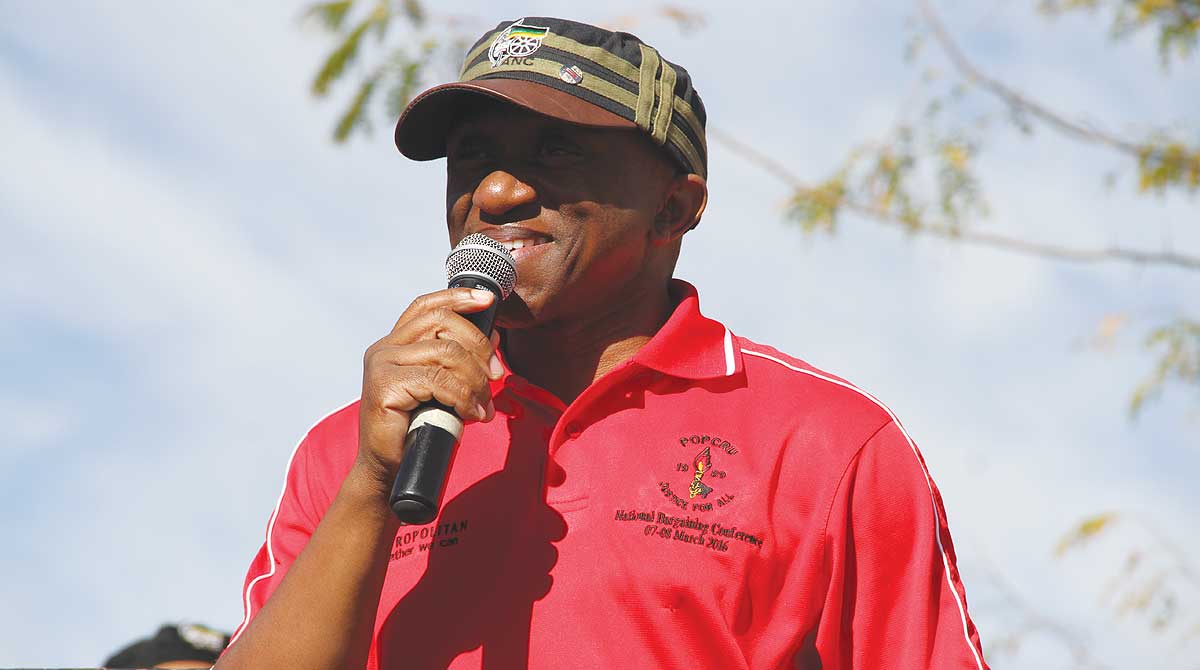 The Congress of South African Trade Unions (Cosatu) in the Free State has condemned purported reshufflings of Head of Departments in the provincial government by Premier Sisi Ntombela.

The union said it is dismayed by the move allegedly undertaken by Ntombela to transfer HoDs in a controversial manner and without consultation with their respective MECs.

Cosatu provincial secretary Monyatso oa Mahlatsi said in a press statement the union’s objections come at a time when some HoDs are already being transferred.

“We have noted with great concern the social media reports about the possible transfers/reshuffle of HODs across the provincial government departments. We have also witnessed some HODs being transferred already and this gives us a feeling that such reports may contain an element of truth in them,” noted Mahlatsi.

He appointed out the tripartite alliance in the province had not been consulted by the provincial government, arguing the union would only support transfers of senior staff members if the decision is for the benefit of the people and to improve service delivery.

Mahlatsi said the union is contemplating to have a meeting with the ANC in the province to get clarity on the matter.

Until such time, Cosatu would continue to oppose any reshuffles or transfers of senior provincial government officials.

On the state of local municipalities, Mahlatsi noted the union made a ‘painful observation’ that despite efforts five years ago to secure majority votes for the ANC in all municipalities except in Metsimaholo, deployees of the party had collapsed many of the local authorities.

He charged that local municipalities were living from hand to mouth due to several bad decisions made by the deployed leaders.

“This makes it very difficult for the union to motivate our members to support the ANC in the coming local government elections. Our members have been systematically and deliberately disempowered from performing their duties through outsourcing of their functions and making sure they do not access tools of trade,” the provincial secretary said.

“We call on the ANC to move with speed to correct the situation immediately if it so intends regain the trust of the electorate.”

Mahlatsi further denounced the hiking of fees for Model C schools in the province, citing this happens at a time when workers’ wages are stagnating and many of them losing their jobs.

He called on the government to intervene in stopping the fee increases, dismissing them as ‘unreasonable’ given the racial income distribution in the country, which he said mostly affects black students and parents.

“Given the racial income distribution of our country there is a high possibility that learners will end up being disadvantaged. The hikes might also reverse the gains of democracy and parents failing to take their children to schools of choice,” he added.

Mahlatsi also said the state should honour its commitment to provide free education as per the Freedom Charter.

“The government austerity economic framework is a betrayal to the working class. We reject it with the contempt it deserves and call on the state to find ways to fund higher education for deserving students,” he indicated.

In a late afternoon response to questions sent to Ntombela, spokesman Sello Pietersen said the Premier categorically denies all allegations levelled against her.

“The Premier has repeatedly emphasised her commitment to good governance and ridding the Free State provincial government of any acts of corruption. We view the claims you make against Hon. Premier in a very serious light and encourage not only yourselves, but anyone with evidence of malfeasance, to approach the relevant law enforcement agencies,” noted Pietersen.

He said the Premier always consults her political party, the ANC, on all the strategic decisions she makes in relation to government.

Pietersen however declined to comment on the court challenge launched by Mthakathi against his intended transfer.

“The Office of the Premier will not comment on the matter at this point,” he added.