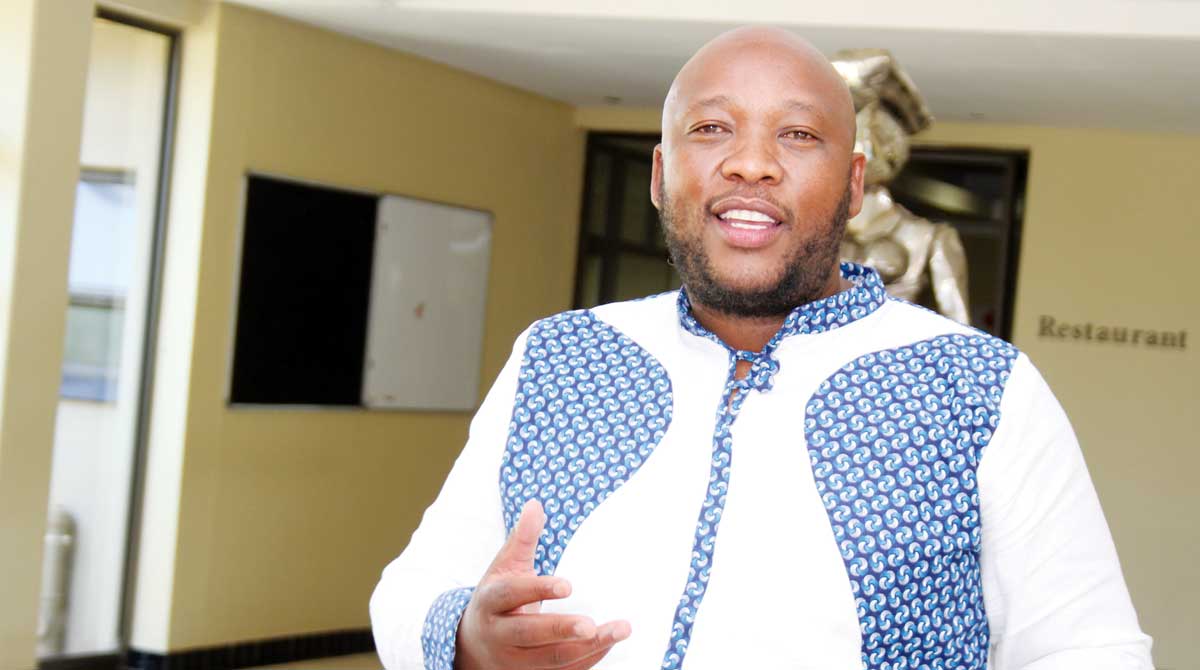 The ANC Youth League in the Free State has accused police of bias in the way they treat suspects, after a group of predominantly white farmers were captured on social media on Tuesday storming a court building in Senekal.

The group stormed the court and demanded that two suspects in the murder of 22-year-old farmer Brandon Horner be handed over to them. They allegedly wanted to avenge is death.

Horner’s body was found last Friday tied to a pole in an open space on the De Rots farm.

The two suspects; Sekwetje Isaiah Mahlamba, 32, and Sekola Piet Matlaletsa, 44, made a brief appearance in court after they were arrested by Senekal detectives on Saturday at Fateng tse Ntho in Paul Roux.

Videos doing the rounds on social media show the agitated farmers overturning a police van parked outside the court and burning it.

The ANC Youth League in the Free State said it has opened criminal cases against the protesting farmers and the opposition Democratic Alliance for being at court with them.

A farmer from Marquard, André Pienaar, was arrested following the violent incident and he is expected to appear in court soon.

“The ANCYL in the Free State learnt with great disgust the actions of a group of white farmers who had attended a court appearance of two suspects in the murder of young farmer Horner. The group is said to have started by blockading all the main streets of Senekal without authorisation from the relevant authorities,” said ANCYL Free State spokesman Sello Pietersen.

He noted the incident demonstrated a clear case of white privilege in the country and also ‘fear of whiteness by those in positions of authority”.

Police said their ‘inaction’ in subduing the mob was informed by the need to save lives that could have been lost had they responded accordingly.

But the league is adamant that the ‘velvet glove’ treatment of the white farmers by the local police was due to the colour of their skin.

“We are convinced that if this group was comprised of black people, the police would have unleashed the most brutal forms of force. Our people would have been subjected to teargas, beatings and rubber bullets. We would be having hundreds already arrested and ultimately refused bail,” charged Pietersen.

The double standard in not treating all South Africans equally only serves to ‘deepen white arrogance,’ a phenomenon he says manifests in various spheres of the South African life.

“The actions at the Senekal Magistrate Court were yet another clear indication that white arrogance continues to gain momentum in this country. We call on the MEC for police in the province, comrade Sam Mashinini, to take the country into his confidence and ensure the criminals are arrested,” he added.

A scheduled urgent meeting between the league and Mashinini is expected to discuss the incident, including police reaction and the men in blue’s ability to control volatile crowds.

Pietersen further lamented the lack of immediate reaction by police in handling the defiant farmers.

Social media commentators suggested police were scared of the khaki clad and gun-wielding group that reportedly later held braais and drank alcohol in open and prohibited spaces in the town after the incident.

“We will also raise strongly the blatantly inconsistent manner with which black and white people are treated by the police. Our people cannot continue to be made to feel as if they are strangers in their own country and these arrogant racists as the landlords,” the spokesperson said.

He cautioned ‘all racists and white supremacists’ in the Free State against misconstruing the kindness displayed by the black population as a sign of weakness, adding the ‘whiteness syndrome’ would not be tolerated further.