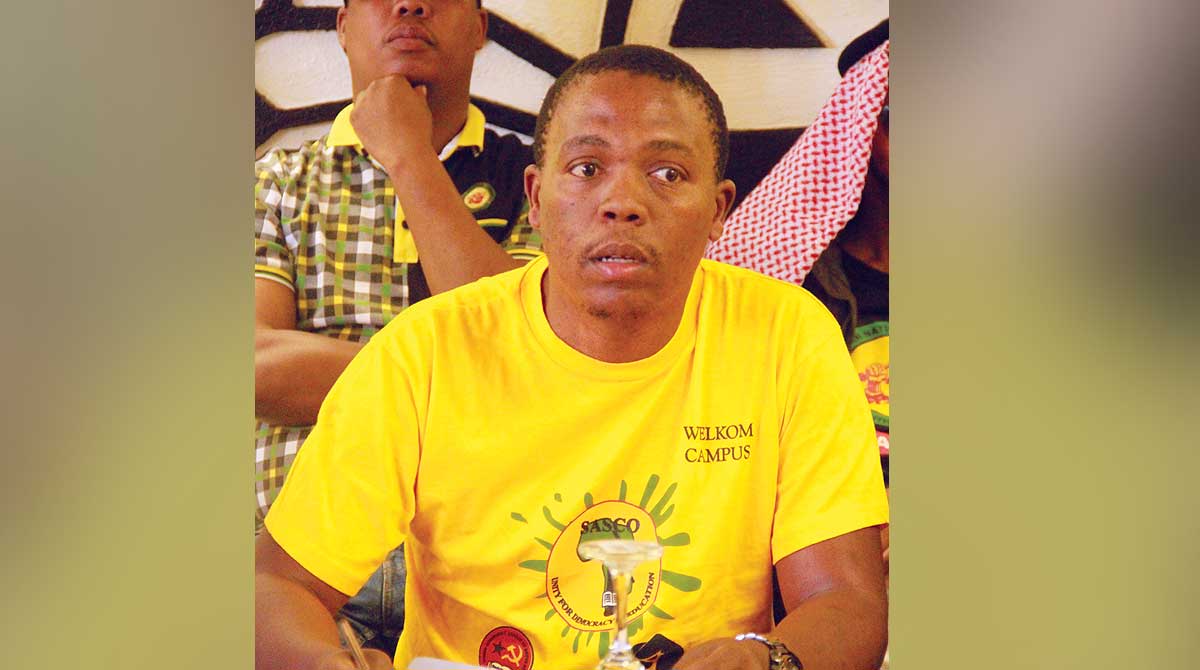 The ANC Youth League in the Free State yesterday indicated it supports party secretary general Ace Magashule’s rebuke of the Eastern Cape calling on former president Jacob Zuma to resign or be removed from the movement.

Provincial secretary Reagan Booysen said Magashule is spot on in his denunciations of the Eastern Cape province in its controversial call seeking to have Zuma taken to task for his refusal to appear before the Zondo Commission.

Booysen said it is public knowledge that Zuma has indicated that he is prepared to work with the commission in probing allegations of state capture only if Justice Zondo recuses himself.

“We are quite aware as the youth league in the Free State that president Zuma went to the Con-Court hoping it would uphold his application for Justice Zondo to recuse himself from proceedings due to his bias against him,” noted Booysen.

He alleged the commission is interested in humiliating Zuma to appease “faceless handlers wishing to pin the face of corruption of the last decade onto him”.

The youth leader said he was of the opinion the Zondo Commission will not live up to its intended outcomes to get to the bottom of the claims of state capture due to its perceived support and favouring one faction in the ANC over the other.

He alleged: “It’s becoming increasingly clear that this commission is interested in one line of questioning involving one person only. It becomes obvious when other matters not related to Zuma are raised that the commission becomes disinterested.”

The Eastern Cape Province, led by anti-Zuma provincial chairman Oscar Mabuyane, resolved at its provincial Lekgotla over the weekend that the former president ought to be brought to book for the manner in which he reacted to the commission’s orders to appear before it.

Zuma had previously indicated to the commission that he and Zondo had dated from the same family.

He also submitted that at one stage he had to intervene and pay maintenance for a child Zondo had fathered with one of his wive’s sister.

Probed by the media on his reaction to calls coming from the Eastern Cape over Zuma, Magashule didn’t mince any words.

“Leave president Zuma alone. Just leave him. What has Zuma done? President Zuma is president Zuma. I can’t talk for president Zuma; he is a South African with his own rights, so you can’t want me to talk for him. It’s wrong for comrades to try and become populists and talk about Zuma all the time. They are populists those who say Zuma must resign or be removed from the ANC; he is part of the ANC,” said Magashule in commentary captured on the national public broadcaster SABC.

The non-apologetic Magashule instead aimed his guns at the Eastern Cape provincial executive of the ANC, describing it as both ill-disciplined and comprised of populists.

Magashule, resolute in his responses, vowed that there is no structure, be it a province or region of the ANC, which can call for Zuma to be disciplined.

“They (Eastern Cape PEC) are out of order, and these are the populists who always try to do this, and the ANC is quiet about these populists who like to appear in the media,” he cautioned.

The former premier of the Free State under Zuma’s presidency, advised that ANC structures first have to hold discussions over Zuma’s stand-off with the commission and related defiance of the Constitutional Court before formulating an organisational position on the matter.

In a rhetorical expression, Magashule asked as to why he should be calling ‘JZ’ to order.

He further wanted to know what Zuma had done to deserve “this kind of treatment”.

The party secretary general also spoke of ‘wrong things’ happening in the country currently and vowed that in due course he would reveal what he meant.

The Constitutional Court last week ordered Zuma to appear before the Zondo Commission but he announced he would defy this order.

Zuma vowed that he was prepared to go to jail than testify before the commission.

The ConCourt order served on Zuma came after the former ANC president walked out of its proceedings when his application for Zondo to recuse himself was denied in November.

Meanwhile, Magashule yesterday said the Constitution “is not sacrosanct” and can be changed and challenged, though he made it clear that he respects it.

He also noted the Constitution is “an important document”.

He added that in terms of the Constitution, “[former] president [Jacob] Zuma has his own rights as an individual” and that he never said people should ignore the Constitution.

“I have said, differing with judges doesn’t actually show any disrespect in a democratic South Africa.”

The matter is likely to be dealt with at the ANC National Executive Committee’s next meeting on February 13 and 14, but it’s unclear whether there will be any other statements or meetings with Zuma before that.