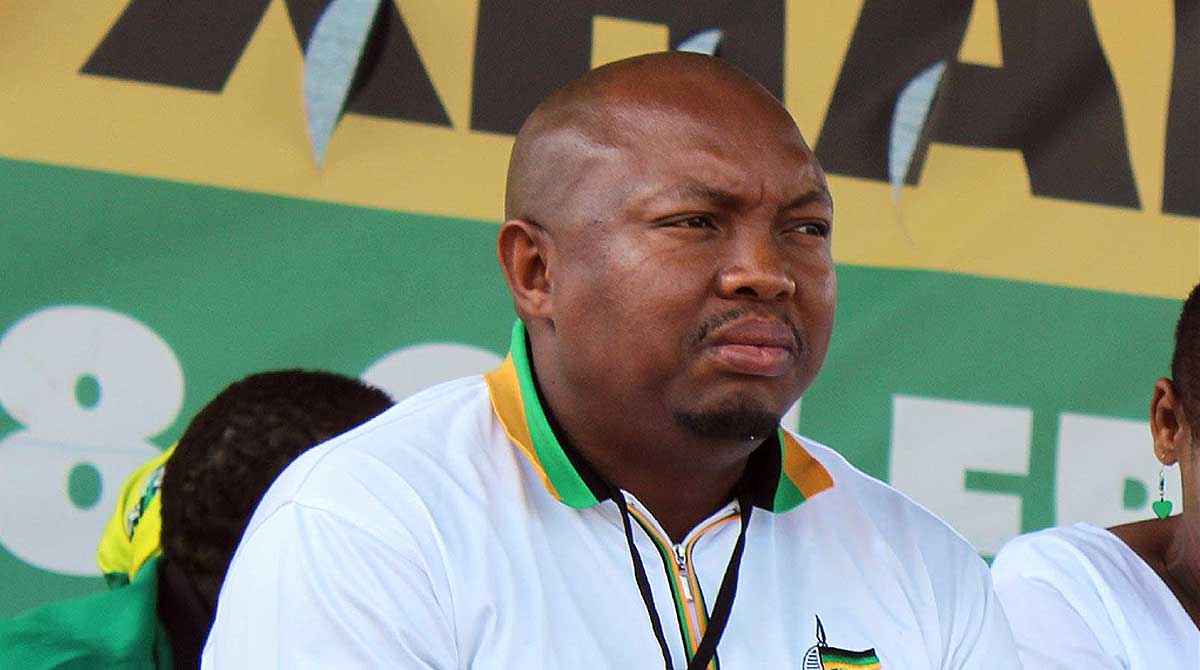 The African National Congress (ANC) and its  Youth League National Task Team are on a collision course over the Free State ANC Youth League Fezile Dabi region’s invitation to members to sign up for military training.

No date was given for the duration or commencement of the advertised military programme.

However the poster says members who are committed to “defending the revolution and are combatants for Africans are invited to attend”.

Coincidentally, the invitation came after a showdown in Senekal where a group of white farmers attempted to take the law into their hands following the murder of farm manager Brendin Horner early this month.

Horner’s body was found tied to a pole in an open space situated at the De Rots farm in Paul Roux on October 1.

Two suspects; Sekwetje Isaiah Mahlamba, 32, and Sekola Piet Matlaletsa, 44 have appeared twice in the Senekal Magistrate Court after they were arrested by detectives at Fateng tse Ntho in Paul Roux.

“This programme by the ANC Youth League is in response to the current issues we are facing as a country. We are no longer feeling safe and protected because of violence. We believe that this programme will meet the government halfway in trying to curb this menace,” noted Baleni.

He insisted the region is autonomous and not required to consult with either the national leadership of the party or the league about its programmes.

“There are several programmes that we have championed in the interest of the youth and there has not been any consultation with the ANC National Executive Council (NEC). It is not the practice in the ANC that the region should consult with the party or youth league at national level. There would have to be a basis on which we are told why this programme would not necessarily be good for the youth league of party,” he added.

Following its release two weeks ago, the poster has sparked fierce criticism, with some people claiming it seeks to instigate war among South Africans.

“What the structure of the ANCYL must be doing in that province is to look at possibilities of preferring charges against that structure (Fezile Dabi). The Youth League has always organised programmes as long as they are legal and within what the ANC stands for,” he noted.

However, the ANC Youth League National Task Team has leaped to the region’s defence. The team is currently administering the affairs of the league after its disbandment in 2019 as a result of its failure to convene a long-overdue elective conference.

Task Team’s Sizophila Mkhize said the body has spoken to the ANC Youth League region’s leadership who have agreed to retract the invitation and apologise for their conduct, which they are yet to do.

Mkhize indicated while the Task Team does not condone the Fezile Dabi region’s behaviour, they are amongst those who were simply trying to assist in defending the ANC against racist elements not only those that emerged in Senekal, but throughout the country.

“We don’t agree with the ANC. The ANC needs to understand that when it is not doing anything, young people are going to do something because right now the ANC is folding its arms. We are the ones who ran to Senekal two weeks ago and made sure that they reopen the case. They never followed that up so the ANC cannot want to fold arms and when young people want to do something then they say heads must roll. No heads must roll and if the ANC wants to test us on this one they must try to suspend or expel our members. We are going to protect our members as much as we don’t agree with what they have done; we have a way of solving it,” said Mkhize.

ANC spokesperson in the Free State Thabo Meeko confirmed that the party has requested the league in the area to withdraw the programme.

Meeko pointed out there was no need for the youth league in the Fezile Dabi region to resort to military training.

“There’s no need for a military approach to be resuscitated to resolve whatever challenges are there. That time has long passed. South Africa is a democratic state and we must allow democratic processes to unfold in solving any problems that might arise,” he emphasised.

It remains to be seen whether the league will issue a statement of withdrawal and apology along with it.