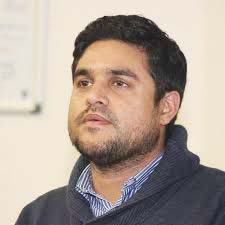 The ANC, especially in the Western Cape, has studied elections the globe over and found President Cyril Ramaphosa’s message to be an important one for these elections: let us work together to grow South Africa.

If Ryan Smith’s logic about premier candidates in his opinion piece ‘Where is the ANC’s Western Cape Premier candidate?’ is to be followed, all the DA has to offer the citizens of the Western Cape is an uninspiring figure who is not in touch with the realities facing the majority of urban and rural Western Cape. Typical DA.

As usual, instead of profiling the DA’s premier candidate, this DA hack does what the DA is best at doing: deflecting. It deflects because it has a premier candidate whom they know does not resonate with the voters.

The DA offers Alan Winde as a premier candidate to the citizens of the Western Cape. He is a failure, someone who has done nothing concrete to build safer communities as MEC for Community Safety. Winde is a man who so easily calls on the army to be deployed on the Cape Flats.

Of course, the question must be asked: Where was Winde when the army was deployed on the Cape Flats during the states of emergency during the 1980s?

In fact, we know very little of this premier candidate other than the fact that he was born and bred in Knysna and was a successful entrepreneur, who joined politics only in the late 1990s. By then democracy had benefited his business and was setting off his political career.

Winde is the DA’s face in promoting, among others, a provincial police force and a provincial railway system. So much for the national DA’s campaign of #OneSouthAfrica4All.

In fact, the DA Western Cape faction is so out of sync with the national DA that in desperation they must rely on so-called skeletons in the cupboard of opponents. They continue to deflect because their campaign has no substance, no alternative and after a decade of disastrous and damaging DA rule in the Western Cape they have only Winde to secure victory.

Indeed, the SA Institute for Race Relations, a body that is sympathetic to the DA, is pitting the DA on a mere 51% result and if the voter turnout is good, then 54%, at best.

Is this the real reason why researchers have to come to their rescue?

If only these researchers, such as Smith, would add a bit more of substance to their work for their party.

For example, if they examined the list for the ANC, they would see that people such as Pat Lekker MPL, Cameron Dugmore MPL, Nomi Nkondlo MPL, Pat Marran, Lulama Mvimbi, Ebrahim Rasool, Andile Lili, and Mesuli Kama are on it, and not Faiez Jacobs.

Yet Jacobs comes into sharp focus in Smith’s piece. Jacobs also comes under attack from the DA’s loony social media brigade whenever Daily Maverick publishes one of his opinion pieces.

The ANC’s spokesperson for Community Safety in the provincial parliament, Pat Lekker, has vast experience in the policing, safety and security sector and is deeply involved as an activist in her community, Nyanga, the murder capital of the country.

Lekker is an organic leader who developed politically through activism in the youth movement. Winde’s practical experience in this sector renders him a dwarf in comparison.

For this provincial parliament, Dugmore has been the ANC’s spokesperson for Public Works and Transport. Unlike the DA, which prefers to fight national government and Prasa, he has worked with both to resolve the railway crisis in the Western Cape.

Dugmore was the Western Cape’s most successful Education MEC.

If the unemployed, the poor, the youth and vulnerable of society are at the centre stage of a party’s elections campaign then people like Nomi Nkondlo, Pat Marran, Lulama Mvimbi, Andile Lili, Ebrahim Rasool and Mesuli Kama stand way above Winde in understanding our people and their issues.

A councillor of the Breede Valley Municipality and farming rights activist in his home town of De Doorns, Pat Marran knows the agricultural sector like the back of his hand. This is a sector that remains one of the most critical in the Western Cape.

Marran, who distinguished himself on the rugby field with Boland and the Golden Lions, knows the challenges, shortcomings and successes of the agricultural sector.

The closest Winde has come to dealing with the sector was when he was a failed MEC for Economic Opportunities, Tourism and Agriculture.

Lulama Mvimbi once served as the youngest mayor in the country, as Mayor of Bitou Municipality. In that position, he was able to revive and integrate the local economy by ensuring inclusivity of all the communities in the area. He is well versed in issues of local governance.

A passionate gender activist, Nomi Nkondlo is the former chairperson of the National Youth Commission, a government institution that oversaw youth development in the country at the time. In her position as a former director in the Department of Public Enterprises, she integrated issues of the youth and the economy – skills sorely needed in the Western Cape.

She leads the manifesto process of the ANC in the Western Cape, presenting an alternative to voters especially with regard to an inclusive provincial economy. In this Provincial Parliament, Nkondlo is the ANC’s spokesperson for Economic Opportunities, Tourism and Agriculture.

Andile Lili is a grounded community activist leader from Khayelitsha and has taken the DA, the City and province head-on in the lack of provision of decent sanitation, while Mesuli Kama is an ANC Youth League provincial leader and former South African Students Congress leader at Cape Peninsula University of Technology.

Ebrahim Rasool is a former MEC, and premier of the Western Cape’s most successful government administration. He is also a former ambassador to the United States and currently heads a global civil society organisation, World for All. As a result, he has a vast array of experience, especially in the US, Europe, Asia, and the Middle East, in bringing about unity among people instead of division and derision that derive from the DA.

Unlike Alan Winde, who benefited from apartheid privilege, Dugmore, Rasool, and Nkondlo were valiantly opposing the apartheid regime. During that time Dugmore was University of Cape Town SRC President, a leader of the National Union of South African Students, a member of the End Conscription Campaign, and a United Democratic Front (UDF) activist, while Rasool was a Muslim Students’ Association activist, a founder leader of the Call of Islam Movement, and a UDF leader.

Rasool’s activities against the regime eventually led to his detention without trial and a banning order.

As a student of Gugulethu Comprehensive Secondary School, Nkondlo fought the regime as a young student activist who formed part of the Joint SRC before forming part of the Township Students’ Congress in 1987.

The reality, of course, is that the face of the President of the ANC has traditionally been the face of the ANC’s campaign in every province. The ANC, especially in the Western Cape, has studied elections the globe over and found President Ramaphosa’s message to be an important one for these elections: let us work together to grow South Africa.

Let us not divide or ignore divisions, as the DA does, but unite, African, coloured, Indian, white, male, female, poor, wealthy, Muslim, Christian, Hindu, Jew and African traditional among the many other identities that we have in this country, to tackle the challenges we face.

Even more so, the ANC has always believed in and practiced collective leadership, the premier candidates were traditionally announced after the elections, especially in provinces where the ANC won. This would have been obvious had the DA researcher, or maybe as Gwen Ngwenya suggests, its intern, just dug a little deeper into the history of the ANC.

It is simply a lie that the ANC said they would present their candidate on 6 January 2019.

As we canvass across the province, we see people and communities frustrated after a decade of DA disaster.

Diehard DA members have abandoned the party and are saying they will not go out to vote on election day because the DA has failed to change their lives for the better.

The DA, and its researchers, must stop concentrating on the ANC. Instead, it would do its researchers and premier candidate well to pay heed to its own polls and what its own supporters are saying.

How else will the DA explain its dive in election results come May 8, 2019?