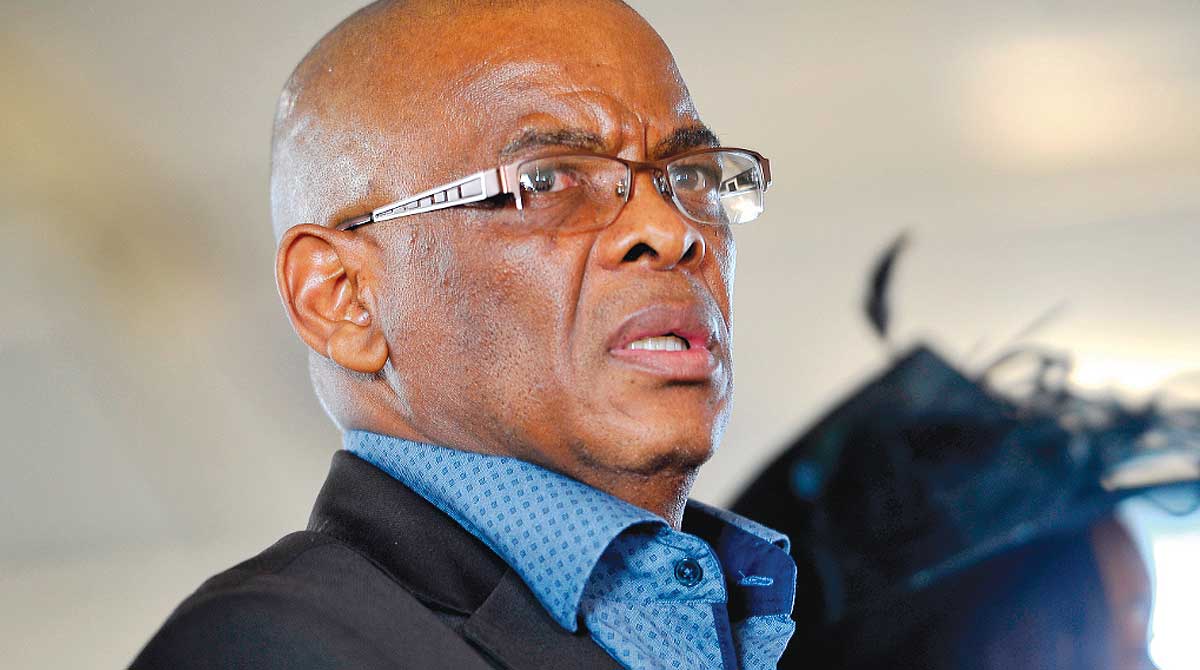 Speaking in Botshabelo, 51 kilometres east of Bloemfontein, Magashule reiterated Tambo’s caution to the crowds of supporters that had gathered for the ANC by-election campaign rally in Matlharantlheng, Ward 28 in the sprawling township.

“It was OR’s birthday on Tuesday, the very one that warned us to be careful of wedge drivers,” he said.

Magashule noted ANC leaders need to be wary and vigilant of those spreading false information about their peers, as they are likely doing the same to them.

“They will come to me and say so and so is not ok, look at him properly, and then they go to this comrade and tell him I’m not ok, and that he should look at the way I look at him. They go to the third comrade and say both me and the other comrade are not okay because of the way we look at each other,” he added.

Addressing the recent controversial march to the ANC headquarters at Luthuli House by a group calling on him to step down, Magashule said most of the individuals have since submitted affidavits stating that they were not properly informed about the intentions of the action, and are now distancing themselves from it all.

Magashule said the fielded ANC candidates must resist the temptation to turn against their regional and provincial leaders once they assume office.

He also spoke of an ‘un-ANC’ tendency among leaders to claim they got the vote by virtue of people loving them.

“No, the people love the ANC and not any individual leader. Once I am out of the ANC I am nothing, leaders go but the ANC remains.”

The veteran political administrator said councillors must serve communities and work to improve lives for the better.

“November 11 we are voting, and we all know that Botshabelo votes the ANC. It has always done so and its loyalty has been consistent despite the challenges we have here. We have to unite the ANC so that it can get the rich to subsidise the poor and ensure there is uniformity in rendering services to the people in town and the townships,” he noted.

He further indicated even though the famed Freedom Charter states that South Africa belongs to all who live in it, black and white together, the priority of the ANC government should be addressing the plight of those who are still landless and jobless, the majority of whom are black and African.

This must be done urgently as per the provisions of the strategies and tactics document by the ANC.

Magashule further warned against over reliance on the media for information pertaining to the party, adding he now prefers directly talking to people instead of using the media to do so.

“Now I do only live interviews. I do not do side interviews because when journalists finally write your story, they have a tendency of twisting it,” he said.

“These days when I have spoken to the people I’m happy and satisfied and do not mind about the media. I live with the people, I’m part of them and am not far from them, I walk among them,” he added.

The ‘people’s secretary general’, as Magashule was fondly referred to by ANC rank and file at the gathering, said such songs stand as a true reminder of where black people came from with their struggle for liberation.

He lauded representatives of the tripartite alliance, the Congress of SA Trade Unions (Cosatu), the SA Communist Party and the SA National Civics Organisation for being party of the vote mobilising efforts of the ANC.

To volunteers of the organisation, Magashule said, they must remain true foot soldiers who brace all sorts of weathers canvassing for support.

“They even distribute food parcels when they don’t have anything to eat themselves. ANC works slowly, but I want to assure you that your day is coming, imini iyeza nakuwe,” he pledged.

On a lighter note, Magashule advised members of the ANC to adopt the Ekurhuleni party programme of walking as a branch for one kilometre for both health reasons and to raise awareness about the organisation.

“It will help kill those big tummies too. You can be as flat as me,” he said to a rupture of laughter from the audience.