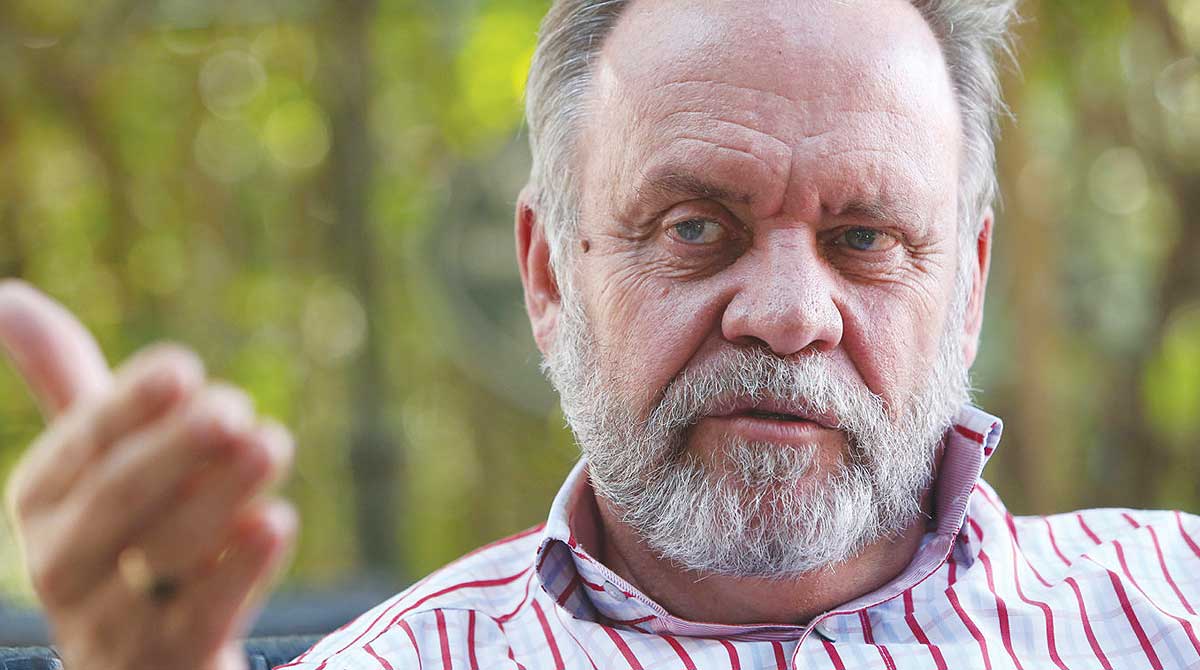 Calls for the rapid and systematic implementation of the ANC’s resolution on Radical Economic Transformation (RET) rang even louder this week with the public release of a stinging 67-point document outlining goals and objectives of this notion, penned by ANC strongman and Umkhonto we Sizwe Military Veterans Association (MKMVA) national spokesman Carl Niehaus.

Now the explosive and unapologetic document by Niehaus, who is an ardent advocate of RET as a viable economic policy position, has rattled feathers in some main stream media circles.

Some sections of the media have opted to label the document a presidential election campaign tool by ANC secretary general Ace Magashule.

However Niehaus yesterday afternoon dismissed such insinuation, explaining that linking the document to Magashule is far from the truth.

Instead, the intention in coming up with the document is to reach a targeted audience of civil society, non-governmental organisations, business, and ordinary South Africans to engage over current challenges bedevilling the country.

Niehaus poured cold water over the media frenzy wherein some columnists, analysts and opinion makers wrote running commentaries suggesting the document is meant as a campaign tool towards a Magashule presidency.

“They (mainstream media) just wanted to find a way of drawing the SG into it. They’re desperate to cast him in doubt and controversy. This document is released to the public for consumption and has nothing to do with any campaigning or presidential ambitions as seemingly suggested,” he said.

Niehaus noted it is odd for anyone to suggest Magashule would wait on his recently drawn RET discussion document in 2021 to make his views on the subject known, when the Nasrec conference that resolved on RET happened in 2017.

The former MK combatant reminded all and sundry that RET is the collective resolution of the ANC arrived at during a properly constituted policy and elective conference and is in no way a Magashule doctrine.

He warned against viewing discussions over RET with suspicion, adding it is a well-intended document reflecting on genuine challenges facing the nation, as well as proposing remedies along RET lines.

“People always find their own meanings to these things. Just on Tuesday the SG was confronted with the same question over campaigning, and he rightly said in the ANC you don’t lift up your hand high and declare your availability to lead,” said Niehaus.

He added any nomination or election talk cannot even begin without the branches of the movement having exercised their entrenched right to nominate and elect whomever they prefer to lead them.

Magashule is on record as stating the centrality of the ANC branches in determining leadership preferences.

In repeated responses to media queries over his readiness to lead, the veteran politician has indicated he can’t even begin entertaining such thoughts.

The former Free State premier and ANC provincial chairman said such tendencies were foreign to the ANC and aimed at undermining the centrality of the party’s branches in pronouncing on their preferred leaders before any talk over ‘availability’ and readiness could begin.

For instance, it reveals that a mere 1.8% of South Africans, largely White, get their earnings from owning capital while the majority of their fellow countrymen, 73% and mostly Africans, are workers.

Ten percent of all households in the country survive on pensions, social grants, family allowances and income from other individuals, it notes.

Out of the 40 percent official unemployment rate in the country during the first quarter of 2020, Africans constituted 44 percent of that figure.

Unemployed Coloured people comprised 31 percent, Indians 19 percent and Whites only 10 percent, according to the document.

“Africans suffer the most from unemployment than the rest of the population.”

A total of 3 500 South Africans own wealth that could be shared among 90 percent of the country’s poor, says Niehaus.

On salary discrepancies that persist along racial lines, the document vindicates the ‘two nations”, one country’ phenomenon, showing Africans in South Africa still earn only 22 percent of the total earnings by Whites.

Coloured people, on the other hand, earn a slightly better 28 percent of White people’s earnings while Indians take home 63 percent of the total White wage bill.

Poverty levels also run along racial lines and places Africans at the bottom of the ladder, with a whopping 64 percent living in abject poverty.

The figure goes down to 41 percent among Coloureds, six percent for Indians and only one percent for the White population.

Niehaus argues that while the ownership of the South African economy is diverse, it is still dominated by white-owned and controlled companies.

The document also addresses the foreign ownership of industry and mines in the country, and cites Sasol being 30 percent foreign-owned by Europeans and Americans.

“A less diversiﬁed form of ownership is Arcelor Mittal, dominating over 60 percent of South African steel production. It is 70 percent foreign-owned with the state owning about 10 percent of the shares,” the liberation war veteran points out.

Anglo-American PLC owns 78 percent of Anglo Platinum with the SA government only owning a mere eight percent of the giant mining establishment.

The document also decries the unequal composition of managers as not reflective of the demographics of the country.

It asserts that 66 percent of top managers in SA are White while only five percent are African, six percent Coloured and 10 percent Indian respectively.

“Once again, the African and Coloured population are under-represented in senior management positions in South Africa.”

As for the financial sector inclusive of the World Bank and International Monetary Fund (IMF), ratings agencies and mainstream media, Niehaus slammed these as advancing ideas which protect interests of White monopoly capital.

He said RET is a Programme of Action (POA) of the ANC aimed at initiation of ‘radical second phase of the National Democratic Revolution (NDR) to correct the skewed ownership patterns in the country’.

The document further called on the ANC to focus on RET implementation and ensure people become more prosperous.

Niehaus noted its implementation was necessary for fundamental change “in the structure, systems, institutions, and patterns of ownership and control of the economy in favour of all South Africans to be effected – with more focus on Africans and women”.

The implementation of RET by the ANC would also ensure the goals and objectives of the Freedom Charter – a guiding document for the ANC adopted in Kliptown in 1955 calling for the restoration of minerals, land and banks back to the people – is achieved, added Niehaus.