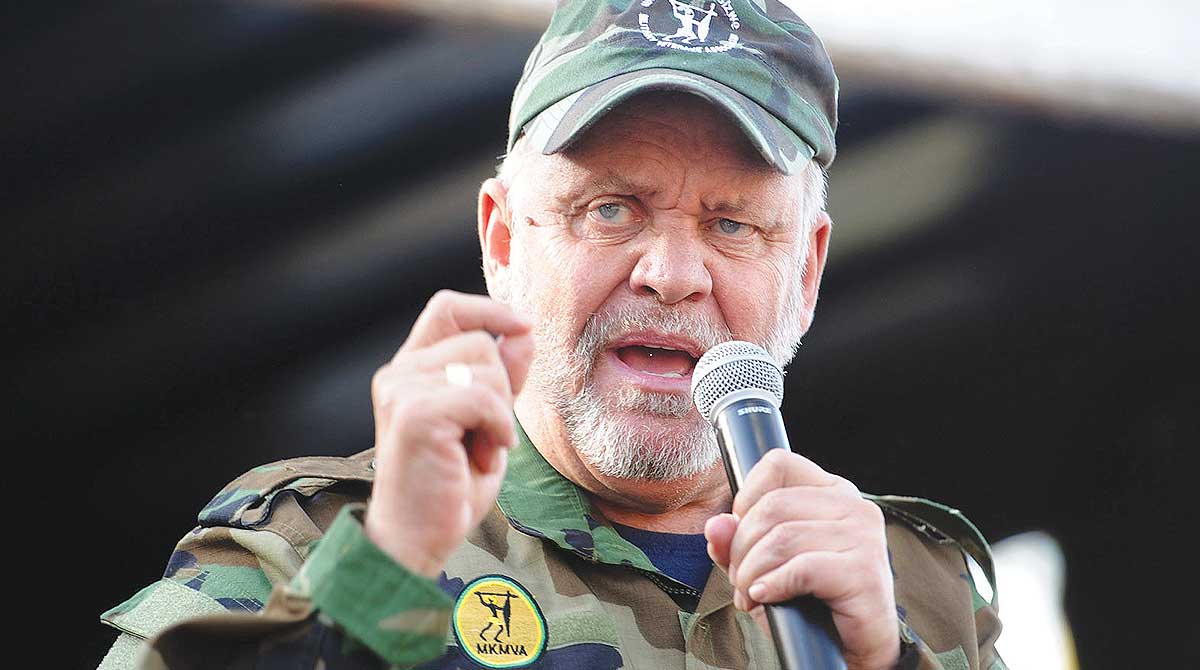 ANC secretary general Ace Magashule is not planning on starting any new political movement as a splinter group from the ruling party.

Niehaus also indicated Magashule would be moving freely within the country despite hostile words coming from the province.

“There is nothing like the SG planning to break from the ANC to form a new political party. Such insinuations are from people wishing to stifle debate over the RET economic policy of the ANC for reasons best known to them,” he said.

The Umkhonto We Sizwe national spokesman’s assurances come after he drafted a 67-point document detailing the Radical Economic Transformation Policy, and current challenges of inequality and poverty shaping the South African society.

Hailing Magashule as a tried and tested cadre of the ANC, Niehaus said the SG remains the chief executive officer of the party, adding it is wishful thinking the former Free State Premier could break ties with his traditional political home.

The Eastern Cape ANC is not new to controversial pronouncements relating to Magashule.

Eastern Cape Premier Oscar Mabuyane recently suffered a negative public backlash after calling on Magashule to ‘step aside’ after he was charged with corruption relating to the asbestosis programme in the Free State in 2014.

Mabuyane is currently embroiled in a bitter legal wrangle with the University of Fort Hare after claiming to be studying towards a Master’s with the institution while he only possesses a junior degree from the same institution.

The university reportedly cancelled his enrolment following revelations that his supervisor, Professor Edwin Ijeoma, had been enrolling politicians irregularly into post graduate programmes without meeting the minimum requirements.

The ‘step aside’ ANC resolution emanating from the party’s Nasrec elective conference in 2017, is one of the many outcomes of the policy conference including among others, the expropriation of land without compensation, as well as the nationalisation of banks and mines under Radical Economic Transformation (RET).

RET was also adopted as an economic policy position of the ruling party at the same conference.

The resolution has since been sent back to the branches of the ANC for review after a National Executive Council (NEC) decision on the need to ratify it.

ANC NEC members opposed to the move allege it is being misused to fight internecine political battles within the organisation and to target disliked individual leaders and frustrate their political ambitions for high office.

The ANC Eastern Cape’s threat to curtail Magashule’s visits to the area follows the recent release of a discussion document by Niehaus on RET.

The document tables the current economic outlook in the country and recommends methods of resolving them using the RET policy.

Niehaus told the Free State Weekly yesterday that he was perplexed by the utterances of the ANC provincial secretary in the Eastern Cape over Magashule.

He reiterated that the document he produced is meant to trigger debate and discussion on improving the economic conditions of the majority of South Africans using RET as an official economic policy position of the ANC.

“It is surprising to be objecting to the RET document like the Eastern Cape is seemingly doing since this is an official economic policy position of the ANC and an outcome of a duly constituted conference. RET is not like a factional grouping in the organisation, but a duly adopted and formal policy of the ANC by conference,” he noted.

“As such any member of the ANC that advocates for some sort of ‘no go area’ for the SG based on RET is harbouring on ill-discipline and will have to be hauled before the party’s internal disciplinary committee to answer for themselves,” added Niehaus.

He said ANC members that continue to link Magashule to claims of forming a new political party were agent provocateurs seeking to tarnish his name.

Magashule was earlier on exonerated from similar claims of helping form the African Transformation Movement (ATM) prior to the 2019 national elections, a claim he refuted from the onset and described as part of the smear campaign on him.