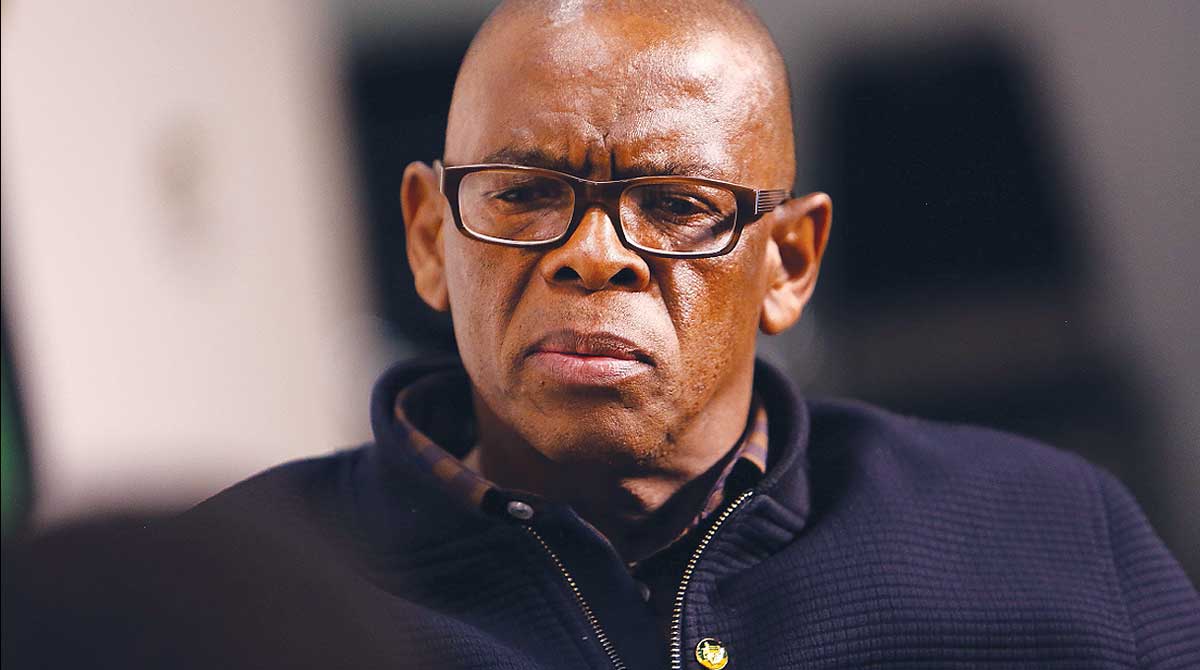 The ANC on Wednesday night broke its silence over former minister Derek Hanekom’s confession that he had held secret meetings with opposition party leaders to topple former president Jacob Zuma.

EFF leader Julius Malema blew the lid on Hanekom and SACP senior leader Solly Mapaila holding secret meetings with the red berets when he spoke outside the North Gauteng High Court on Tuesday.

Malema had taken umbrage to both leaders calling his party a fascist organisation. Their stance has also wholly different on the matter of the Public Protector Busisiwe Mkhwebane, with the SACP vehemently calling for Mkhwebane to go, while the EFF has been seen as her chief defender.

The ANC, through secretary-general Ace Magashule, lashed Hanekom and branded him a wedge-driving, divisive charlatan.

Hanekom, who sits on the party’s national executive committee, had no reason to work clandestinely with the EFF, Magashule said.

“Hanekom had full access to air his acerbic views in the NEC of the ANC, he did so ad nauseum. He always spoke in an even, practiced voice, linking all the bad publicity that the ANC has had to the accusations against former president Zuma,” said Magashule.

He noted Hanekom was among party leaders who “pressured” Speaker Baleka Mbete to accede to the EFF’s demands for a secret ballot in a bid to oust Zuma.

“The agenda of the EFF by their own admission as an opposition party is to displace the ANC, they work fearlessly to divide the ANC and have a number of sleepers in the ANC proactively ensuring that divisions in the ANC are deepened.

“The ANC is working to unite its members and in our midst is Derek Hanekom a wedge driver and on a mission to divide the ANC. Indeed this charlatan is making his mark through his ownership of the Ahmed Kathrada Foundation,” Magashule fired.

Taking to Twitter on Wednesday afternoon, a seemingly relaxed Hanekom tweeted: “Let’s not get distracted. The full story of state capture must come out and corruption must be rooted out”.

Malema also claimed Hanekom had handed over a list of ANC MPs who would vote Zuma out.

He further alleged Hanekom had told them he would form a splinter party if President Cyril Ramaphosa lost out to Nkosazana Dlamini Zuma in the hotly contested Nasrec conference.

Magashule took Hanekom to task over the claim, saying: “Hanekom does not have the capacity to form a new political party, but he has shown remarkable agility in his efforts to divide the ANC.”

Many party supporters have been calling for the ANC to take disciplinary action against Hanekom, citing Rule 25 of the ANC Constitution, which cites acts such as creating divisions within membership; and acting on behalf of or in collaboration with a political organisation, as acts of misconduct.

The party did not pronounce on those calls.

Magashule said the party would “ride the storm” and unite behind Ramaphosa. -IOL