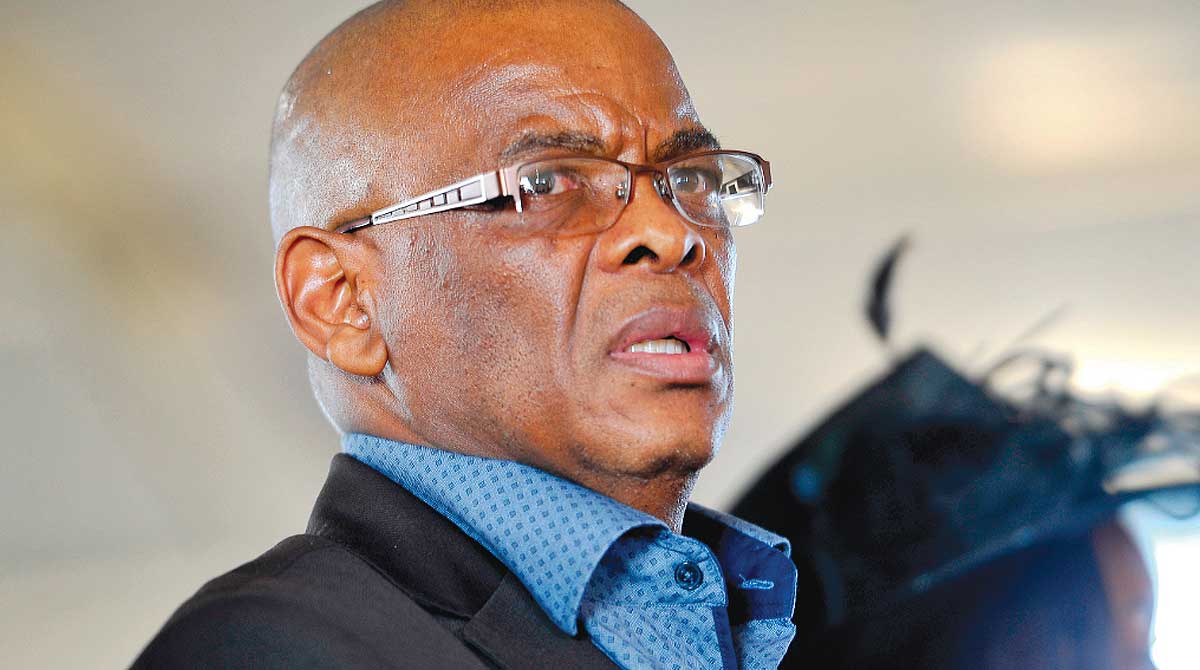 Magashule has taken Ngqulwana to court over claims he made in May this year that he was behind the formation of the opposition party.

Ngqulwana had claimed in an affidavit which he later withdrew from the electoral court that Magashule was the brainchild behind the formation of ATM.

Now Magashule has hit back at Ngqulwana, submitting court papers in a bid to clear his name and demanding M500 000 in damages from him.

Magashule also demands that Ngqulwana retracts his claims and issue him with a public apology.

The former Free State premier further contends in his court papers that Ngqulwana’s claims that he was the main player in the formation of ATM are baseless and false.

He points out that the first heard of Ngqulwana when a Sunday newspaper claimed he had submitted an affidavit to the electoral court alleging he (Magashule) was behind the formation of ATM.

Prior to that, argued Magashule, he had neither met nor spoken to Ngqulwana.

Magashule submitted to the court that his aim with this legal action is to vindicate his position.

“I seek various orders aimed at vindicating my reputation and putting an end to the ongoing and anticipated unlawful publication of the allegations in the statement and compensating me for the harm I have suffered,” he wrote.

Apart from the R500 000 compensation, Magashule also seek the court to declare Ngqulwana’s claims as “defamatory and false,” and also to interdict him from making further statements of the same nature.

He upheld that Nqgulwana’s falsity stems from him claiming he was ‘given to understand’ about Magashule and that he was ‘informed’ about his alleged involvement in the formation of the ATM.

Magashule said: “In the media, Ngqulwana moved from being ‘informed’ to being the very source of the information.” “In sum, Ngqulwana states as fact, what is clearly a hearsay statement that is without a factual basis whatsoever,” he further avers.

The ANC Youth League in the Free State, Magashule’s home province, yesterday vowed to pull up a strong presence when the matter is brought before court.

Provincial spokesman Sello Pietersen said the ‘young lions’ stand by Magashule and would be in court in large numbers to show their support.

“What we want to emphasise however is that the SG of the ANC is not a playground where everyone can wake up and just decide to go and play on his head. This court challenge will go a long way in terms of making those who have this tendency to think twice before they act,” he said.

Pietersen noted the ANC Youth League stands by Magashule and is fully behind his legal challenge against Ngqulwana.